Ah, the 11th commandment … a real millstone. The adjudicator on this one well and truly boobed. He did the same as oodles of other adjudicators do, but got caught. And, yes it’s another affair concerning the NEC contract. And yes it’s another example of no one sufficiently explaining to adjudicators what the document means and yes, another example of adjudicators not grasping the NEC. Oh, he had seen the NEC, he had rummaged through it, but the meaning of a clause fogged him. The adjudication was a waste of time and money and the 11th commandment was broken.

Off the record chats to mull over a legal conundrum are ever so useful and ever so commonplace. But judges will say it’s ok to do that provided the adjudicator goes formal

Sumburgh airport is in a draughty neck of the UK’s woods. It’s in the middle of a triangle between Iceland, northern Norway and Islington. The dispute about the runway extension came to adjudication like any UK dispute can easily do so. The issue was whether the runway was defective and if so was the design consultant and project manager liable. The consultant is Shetland Islands council. The customer doing the complaining about defects is the Highlands & Islands Airport Ltd. The ICE appointed an adjudicator and he wrestled with the whys and wherefores of NEC. He eventually ordered the consultant to pay £2.5m. That’s what he reckoned the remedial measures and losses would amount to. This sort of dispute is right up this adjudicator’s street, except that he needed help about the NEC. And so do a lot of adjudicators, the industry and as many lawyers as you need to hold the ladder at the ICE to change one light bulb.

Now let me tell you what sensible folk these adjudicator people are. Few are lawyers as well as constructors. They know their limits when it comes to law. They have mates, pals; they can phone a friend to have a chat. Those lawyer pals are vital. The reason is that the adjudication conundrums are invariably heaving with tricky legal points. Yes, they are mixed in with the odd bit of piling, the odd question of a real life defect. But, almost always, contractual stuff, tricky stuff squeezes its way between the facts. And if you are a few bricks short of a full load on your law, it’s handy to have a pal who isn’t. The adjudicator in this affair phoned a friend.

He had a chat about the weather, the NEC contract, the clause. He asked the pal what he, the lawyer, thought of the engineer adjudicator’s thoughts on the meaning of the clause. And the lawyer told him. That’s all. That’s where it all went wrong eventually.

If you are a few bricks short of a full load on your law, it’s handy to have a pal who isn’t. the adjudicator in this affair phoned a friend

In due course, the adjudicator waved his magic wand and ordered the consultant to pay over the £2.5m. Snag is, the consultant’s lawyer, as lawyers do, crawled all over the award, and decided to take advice on whether the award was enforceable. They phoned a friend. Can you see what’s coming? It was the same friend as the adjudicator phoned. No, no, said the senior barrister friend, I am conflicted out because I have already talked about this with the adjudicator. No one had been told by the adjudicator that he had seen fit to have a chat with a barrister about the clause in the NEC3 contract. Mortal sin. Nearly as bad as the 7th commandment.

The consultant’s lawyer argued that the adjudication was tainted by unfairness and unenforcable. Quite right, said the Scottish Court of Session. Plainly the adjudicator was taking legal advice even though and probably because, the topic was explained by the solicitors representing the parties. He had a duty to tell the parties he was taking advice, what questions he was putting and what answers he got. Why? So that the parties could make submissions about what he was told. That’s the way of fairness in all this. The adjudicator told the judge that he had already made up his mind about the NEC clause. That didn’t wash. So, unfair and not enforceable. Wouldn’t it be the same if the adjudicator had dipped into a textbook or legal tome?

Off the record chats to mull over a legal conundrum are ever so useful and ever so commonplace between technical adjudicators and lawyer adjudicators. But judges will say it’s ok to do all that provided the adjudicator goes formal. Publish the questions, publish the answers and send the non-freebie bill. Whatever happened to rough and ready and 28-day construction contract adjudication? Oh, it’s not allowed to be that rough. 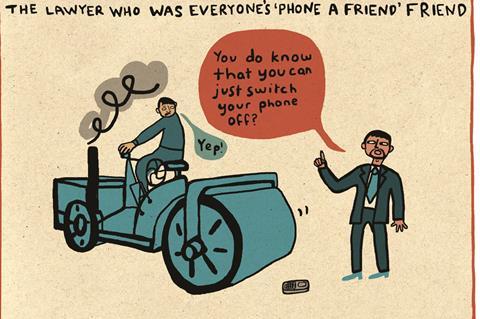