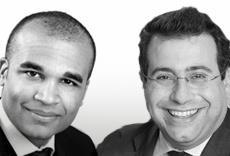 Once again we sprint over the finishing line of another year and wonder just where it went. Much of it, perhaps, in following sport, but if we rewind 2012 what do we see round the world on the construction law front? No holy grail, yet, of a magic construction contract that always delivers a dispute-free construction project on time and on budget, to the required quality, with profits for all the project team. And no dramatic discovery, either, of an antidote to disputes, but we have visited a number of legal systems over the year, so if we put them side by side, is there a 2012 message for international construction?

All have their different hurdles for foreign contractors or consultants to clear, from the Angola Private Investment Law to the Tanzania Public Procurement Act. But perhaps one common thread does emerge, the promotion of effective arbitration.

Making a legally binding contract is not just to clarify who does what, how and when but to sign up for the insurance and reassurance of a Plan B, so that if one party fails to perform, a tribunal will be able to order compensation or some other remedy. For contracts on home turf the tribunal may be the local courts, but for international projects the obvious choice is arbitration, so as to avoid any risk of delay, or lack of expertise or impartiality in local courts. And arbitration needs to be effective as well; awards must be easily enforceable. Effective arbitration arrangements become a significant element of the commercial deal. And if arbitration is a potential problem, it may even deter potential tenders from bidding for the project.

Our common thread springs from a concern to be able to offer effective arbitration as Plan B. Take, for example, Saudi Arabia. Not only does it have, since July, a new Arbitration Law but, it has recently been reported, it is also considering bringing its high value dispute resolution to London. A London-based arbitration centre, and contracts applying English law are said to be part of the plan, which is intended to reassure foreign investors.

Nigeria has the new Lagos Court of Arbitration, not to mention its 2009 Arbitration Law, Ghana has its 2010 Alternative Dispute Resolution Act that comprehensively revised its domestic and international arbitration law and in May Rwanda launched the Kigali International Arbitration Centre. 2012 also saw the dramatic ruling by the Indian Supreme Court in the Bharat Aluminium case, that the Indian courts do not have power to interfere in foreign arbitrations or awards, (though only under arbitration agreements made after the ruling.)

And now there’s Mauritius, keen to be seen and used as “an African seat (of arbitration) for the 21st century” (a phrase used as the theme of the 2012 Mauritius International Arbitration Conference) in view of the ever-growing flow of trade and investment into Africa, particularly from India and China, whose investment in Africa in 2011 is said to have been more than $10 billion. Capitalising on its strategic location between, and strong historic and trade ties with, Africa and Asia, Mauritius has worked hard to develop a world-class platform for international arbitration.

All of which seems to confirm that arbitration that works is the must-have option for the thriving or up-and-coming economy. Wherever you contract, make sure you have an effective Plan B. In future it may not be just the Factor 30 you need for Mauritius.