The government’s construction sector deal holds out the promise of a more equitable, more sustainable industry that builds better buildings – let’s not miss our chance 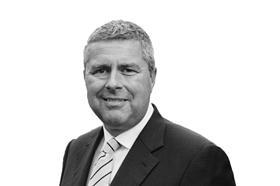 Two months ago, the government published the construction sector deal, setting out in full a detailed vision of how both it and we, as an industry, see the future of the sector.

At Build UK, we worked closely with the government to shape the deal, then the board and I aligned our strategy to encourage the industry to pull in one direction. This influence was vital to make sure we tackle the real challenges faced by companies on a daily basis.

The deal will mean different things to different people.

If you ask the government or the Construction Leadership Council, I’m sure they would say that the deal is an ambitious but achievable vision of the future of the sector; a stepping stone on a journey to a world-leading UK construction sector.

With the potential impact of Brexit added to the mix, the risk profile of our sector has never been higher – and the sector deal doesn’t pull its punches in identifying that

It sets out a road map for the next 20 years, where new technology enables better construction delivery, better buildings, better jobs and how it can deliver better value for the taxpayer.

Others would say the sector deal is a clear warning call. From an ageing population, to an increase in energy usage, to a shortage of skilled labour, the deal lays out a series of challenges that we have to address.

Certainly I would say that the public reputation of the construction industry in the UK has rarely been under such scrutiny. With the potential impact of Brexit added to the mix, the risk profile of our sector has never been higher – and the sector deal doesn’t pull its punches in identifying that.

The deal is also a funding agreement; an injection of cash that represents a loud statement from the government that it has put its money where its mouth is and is asking the private sector to do the same.

Hopefully, when in the future we look back at the past year – tumultuous as it has been – we will see it as a watershed moment for construction in this country

The expectation is now apparent: we need to step up, match the government’s ambition and deliver innovation. More than £170m is now available to change how we work – but only if we can rise to the challenge.

Beyond all of that, fundamentally the sector deal represents the most promising opportunity for us to change in more than a generation.

Many of the issues we face as a sector are the same as they were when I joined it, decades ago. Maybe some are more acute and some less pressing, but at its heart we are working on the same problems as we were 20 or 30 years ago.

I have said before that the major events experienced by our sector must act as a catalyst for change. And there are positive signs.

Build UK has already delivered on its first promise within the deal, publishing the payment performance of its members so that there is transparency over payment. This is not to prescribe blame, as some have suggested, but to shine a light on the problem so that we can solve it once and for all.

Pre-qualification reform, which will save us all millions that could be better spent, is making good progress.

We are also making good progress along our clear road map to end cash retentions. This plan, agreed with our members and the members of the Civil Engineering Contractors Association, has reached the stage of developing alternatives that will give reassurance to both partners in a contract.

The CITB is starting its reform programme and we are keeping a close eye on how it delivers for the industry.

Hopefully, when in the future we look back at the past year  – tumultuous as it has been – we will see it as a watershed moment for construction in this country.

The sector deal offers us a chance to change how we work for the better; a chance that those joining the industry in the future will not have to contend with inequitable transfer of contract risk, low productivity, unsustainable margins and a skills shortage.

When you talk to senior figures in the industry about the future, there is real uncertainty – but also finally some hope that the sector deal, combined with some of the fantastic innovation we’re seeing, might bring an end to some of the challenges we’ve been fighting for so long.

In order for that to happen, though, we all need to pull together. Now is not the time for division and infighting. We have a clear road map to success, a set of targets to meet and the funding available to do so. Despite the uncertainty we face, those elements put the sector in a better position than I can ever remember.

At the Build UK AGM later this month, I will confirm the support of our members to work with us, to build on the sector deal and help to deliver real, tangible change across the industry.

Whether we want it to or not, the next decade will be a defining one. The construction sector deal gives us an opportunity to drive a positive outcome: a time for genuine collaboration, innovation and change.