Procurement: Old ways are the best

Two surveys on construction procurement show that although the traditional and design and build routes are still favoured, there’s plenty of scope for refinement 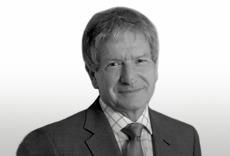 Last year, two surveys relating to construction procurement and contracts were published: the National Construction Contracts and Law Survey published by the NBS, which carried out its survey in the early part of 2012, followed by the publication of the RICS Contracts in Use, a survey of building contracts in use during 2010.

These two surveys show that construction management and management contracting are now almost non-existent (it looks as though they always were except for a few high value projects). Perhaps a perceived major failure such as the Scottish Parliament project is all it takes for us to ditch a particular procurement route.

Then there is target cost, which first emerged in the RICS Survey in 2004 but in terms of numbers of contracts (as compared with value of contracts) declined thereafter.

During this decline there has been a shift to design and build - the only other procurement route that has established itself over a long period and taken a significant market share. The RICS survey records the number of contracts growing from just under 4% to 17.5%. In value terms it takes nearly 40% of the market. The NBS survey offers different figures but the importance of design and build is evident. It may be that although bills of quantities offer a price framework, they do not offer the certainty that such lump sum contracts suggest. This may be the reason for the long term trend towards design and build and the resurgence of lump sum contracts using only specification and drawings.

Although the market appreciates the value of traditional practice and design and build, the industry should not stop looking to do things better and it must continue to refine these processes. Refinement may be more productive than seeking major changes, at least while the societal framework in which we operate remains broadly the same. If and when that framework changes, then radical changes in procurement will follow naturally.

According to the NBS survey, the drive towards collaboration has not always translated into full partnering or alliancing but that does not mean that the industry has ignored collaboration. Arguably it has collaborated in quite different ways and found other ways of integrating the team without embarking on unfamiliar contractual relationships.

However, the different views expressed by participants as to the most common reasons for disputes would suggest that we still have some way to go in terms of effective collaboration. One really surprising result from the surveys is that single stage tendering remains dominant notwithstanding that two stage tendering has grown in use. Surely this will change unless we are also in the process of redefining what is meant by single stage tendering.

However, when we look at the data from future surveys will a different story be told?