Shale gas and the invisible gorilla

Politicians should focus on energy efficiency and renewables, not distract themselves with shale gas 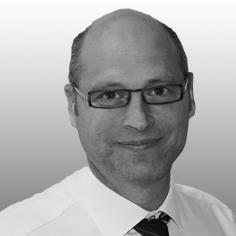 Some years ago US researchers asked subjects to watch a video of people playing basketball. The subjects were told to count the number of passes made by the teams. So intent were the subjects on watching the ball that half of them failed to notice the person in the gorilla suit strolling through the scene. It’s an experiment that has been replicated many times since.

I couldn’t help thinking of that experiment when watching the unfolding events at Balcombe last month. The carnival of protesters, the six-figure police operation, the use of the word “frack” on placards as a more acceptable but equally clear expletive to express exactly what Cuadrilla can do with their drilling. It’s all just counting basketballs.

The invisible gorilla experiment demonstrated the power of distraction. And that’s what I believe that shale gas is: a fossil fuel which is distracting our politicians from promoting and driving through energy efficiency and renewables the real, sustainable solutions. It’s a distraction from the depressing reality of the highest levels of CO2 in the world’s atmosphere since the Pliocene period.

The shale gas story provides reassurance that civil action is not dead, as once feared, even in the true-blue heartlands of West Sussex. But I’ll reserve my cheers until I see an MP arrested for chaining themselves to a cold and draughty house and demanding its insulation.