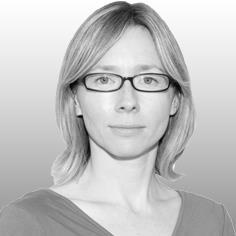 “She’s pulled a flanker” is how one industry source summed up Theresa May’s surprise announcement this week of a snap election on 8 June. And so it seems that the prime minister has yet again revealed herself to be the consummate tactician, sending all the political parties in a tailspin, and possibly into panic mode as they rush to produce their party manifestos ahead of polling day in under seven weeks’ time.

When exactly those manifestos will be unleashed on the somewhat beleaguered electorate is anyone’s guess, but whenever the eventual policy details do emerge it’s unlikely they will shift the focus from what is undisputedly the central issue of this “Brexit election”.

The PM has said she has changed her mind and decided to bring the election forward from the expected 2020 date in the best interests of the country to guarantee “certainty and security for the years ahead”. She added that the poll is a “one-off chance to hold an election while the EU agrees its negotiating position”, making clear her annoyance at the effrontery of the “game-playing” opposition to oppose her hard Brexit plans.

Both Labour and the Lib Dems have indicated their election campaigns will pitch for a softer Brexit, with the latter clearly seeing a pro-Europe stance as their USP for those disaffected “remainers” in need of a political home.

But how does the construction industry feel about a third major poll in just two years? Reaction so far has been broadly supportive of the move, concurring with May that if she secures a convincing mandate, she will be able to enter the Brexit negotiations from a stronger position. They also hope the resulting political stability will improve confidence and sustain economic growth.

The 8 June vote should be seen as an opportunity to reassert the priorities for construction to politicians from all the major parties, and in particular to draw attention to the industry’s needs under a Brexit deal

Others have sounded notes of caution, pointing out that the decision to head to the polls yet again simply creates more uncertainty in the immediate term, at a time when private sector investment has already taken a severe knock. The RICS has said the likelihood is that there will be a continuing deferral of investment and hiring decisions in the sector. And for those companies waiting on public sector policy announcements and project starts, the period of purdah until election day – albeit only six weeks – will inevitably create a hiatus.

Whatever objections individuals may have, a more general observation is that the outcome of the election will change none of the huge challenges facing construction; namely, the skills crisis and the potential impact Brexit could have on costs, resources and the sector’s ability to deliver the housing and infrastructure the country needs.

It is in that context that the 8 June vote should be seen as an opportunity to reassert the priorities for construction to politicians from all the major parties, and in particular to draw attention to the industry’s needs under a Brexit deal. Our Building a Better Brexit manifesto, which now has more than 125 individual and company supporters, contains eight key demands covering crucial areas such as migrant workers and the movement of products in and out of Europe.

Lord Andrew Stunell, a Lib Dem peer and supporter of our Brexit manifesto, said this week that the snap election “absolutely underlines the importance of Building’s campaign”, noting that now is the moment construction could actually have some leverage as party candidates try to impress voters with their various local infrastructure project wishlists.

A vital step is to convince these candidates that they need to think about construction’s ability to deliver these much needed projects. By highlighting the Building a Better Brexit campaign these issues could gain some political traction not just during the weeks of full-scale campaigning, but for the months and years after polling day.

Whatever the result of this election – and the consensus is for a landslide victory for the Tories – the industry will still need assurances from the politicians in power over issues that affect its ability to build the homes and infrastructure the UK needs. Now, more than ever, is the time to make construction’s case.

The Building Awards 2017 are now open for entries, and we are calling for the projects, companies and people that have contributed to the construction industry’s success over the past 12 months.