The answer to cleaner air in our city centres is all wrapped up in the construction supply chain, writes Peter Jacobs 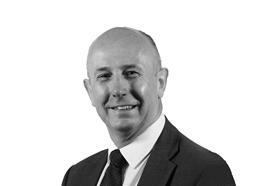 Last October the Institution of Civil Engineers (ICE) published a report into how engineers should be tackling air pollution in London. Number one on its list of ten recommendations was Construction Consolidation Centres (CCCs).

The report, Engineering Cleaner Air, cites the London CCC in South Bermondsey, a Transport for London (TfL) trial project which ran from 2005. After two years of operating, there was a reduction in construction traffic to the four major sites the CCC served of between 60 and 70 percent.

Yet, over ten years later, the use of CCCs is still unusual, rather than the norm. The reason is the thorny question of who pays. Main contractors see CCCs as an additional cost that must be passed onto the client; they don’t see that they are already paying for the costs of transport, delivery and congestion, wrapped up into the cost of subcontracts and sub-subcontracts.

Currently the companies who benefit most from the use of CCCs are the hauliers. Think of the time they and money they save by making one delivery to a CCC on the outskirts of London, rather than multiple deliveries through congested traffic, with hours spent queueing to get onto site and unload. But the resulting cost saving isn’t passed up the supply chain.

The solution is to create detailed construction logistics plans which reach far out into the supply chain to look at how every component is delivered, and then to procure on that basis. The move towards digital construction and design for manufacture is already pushing the industry in this direction.

It is no coincidence that one of the industry’s leaders in supply chain management and design for manufacture also has the most long-established CCC. Heathrow Airport’s Colnbrook Logistics Centre was set up in 2003 and currently services the airport’s ongoing £50m-a-month construction operations. The use of sophisticated software and analytics helps optimise deliveries to between 50 and 60 projects from over 700 supply chain companies, whilst ensuring minimum disruption to the airport’s operations.

Meanwhile, in London itself, the use of CCCs is patchy at best. The London CCC is still active, though now located in Silvertown. A TfL directory of CCCs listed 16 in total, though some are used more as a remote storage yard than a true consolidation centre.

Projects such as Bloomberg’s new HQ in the city and other major London projects have used CCCs. We also see some specialist contractors, such as dryliners, making use of them, having worked on bigger projects and seen the benefits in terms of efficiency.

That could all be set to change. The City of London is already mandating the use of consolidation centres for some new developments, such as 22 Bishopsgate. The ICE, in its report, calls on City Hall and Transport for London to follow suit.

Given global health concerns about air quality, it can only be a matter of time before CCCs become a fact of life for planning consents throughout London – and further afield. Once CCCs are mandated, then it’s a question of who can provide the value without the additional cost. The answer most certainly lies in the supply chain.