Demand for school places is set to rise rapidly over the next few years, particularly in inner-city areas. Does the system need adjusting to free up more land for development? 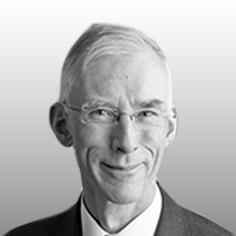 Recent publicity suggests the system for delivery of new state primary school places is approaching crisis, with rising demand threatening to overwhelm the capacity to create them. Short-to-medium term demand is certainly rising but there may be considerably more flex in the system than we’re led to believe.

Local authorities have a statutory duty to arrange provision of sufficient school places. They assess demographic changes, plan and arrange delivery of these new school places. Places are provided by building new schools, permanent or temporary extensions to schools, or converting existing spaces for classroom use.

Generally, local authorities rely on co-operation from individual schools to expand. They can direct expansion of community and voluntary-controlled schools, but not the expansion of voluntary-aided church schools, academies and free schools. Some 240,000 new primary places will be required by 2015, of which over 88,000 are in London. Most new places are being created under the Department for Education’s (DfE) Targeted Basic Need Programme (TBNP). The current phase of TBNP includes 45 new schools and the expansion of 333 outstanding and good schools to provide 74,000 places, of which 60,700 will be primary places.

At stage 2, the local authority must invite proposals to establish the new school as an academy or free school. Typical sponsors of such proposals are strong local schools, academy chains (multi-academy trusts with centralised educational leadership, management resources and support services), and parent promoter groups. A sponsor requires DfE approval of sponsorship status, which tests the sponsor’s competence, educational vision and adequacy of resource. A separate DfE decision awarding the establishment of the particular new school to a particular sponsor is also required. Only if no acceptable academy/free school proposal comes forward, can a proposal from the local authority for a maintained school be made.

Beyond 2015, predictions show demand continuing to rise, with up to 400,000 further school places needed by 2018/19. This means a good pipeline of work for the construction industry. But will the present proportion of around one new school for every 10 expansions need to change?

Most at risk are areas already experiencing high place demand - generally, although not exclusively, in cities. Here, it is reasonable to expect land for new sites to be in short supply. In demand hotspots, local authorities recognised this some time ago.

In 2010 Redbridge council in north-east London reviewed its own estate, other public sector-owned sites in the borough and privately-owned sites then on the market, to identify sites of at least 0.1ha - the size needed to accommodate a small-to-medium sized primary school. It identified 178 council properties meeting the size criterion, of which 13 were considered (subject to planning and any other necessary consents) more suitable for redevelopment as a school. Of the other properties, 34 were of sufficient size, 10 of which were considered more likely to be suitable.

While this did not confirm that any particular site was viable for school development, it did indicate that land supply was unlikely to prevent delivery of sufficient schools from the council estate in the short-to-medium term.

Looking further ahead, if demand keeps rising, there will come a point when sites must be sourced beyond the council estate. This could mean that surplus public sector sites have to be unlocked quickly and cheaply, which could be done with a change of policy rather than new legislation.

If the number of sites required requires market purchases, legislation could be introduced to allow designation of school development and prevent alternative use where a school is a priority need. Whether landowners should be deprived of any part of the alternative-use land value would be controversial. A government bold enough to support this should expect a bumpy ride steering legislation through parliament.