The many rather than the few

To solve the skills shortage, the industry needs to look beyond the narrow confines of apprenticeships for young people and rethink outdated procurement processes that fail to provide social value 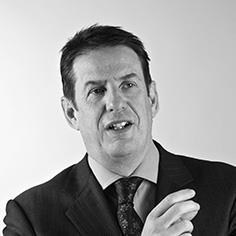 Back in the summer, when Theresa May became prime minister, her inaugural speech sought to do away with the perceived elitism of the Cameron years.

“When it comes to opportunity, we won’t entrench the advantages of the fortunate few. We will do everything we can to help anybody, whatever your background, to go as far as your talents will take you,” she promised.

The construction industry should welcome this stand more than most, given that the construction skills crisis is barely out of the national and trade media for more than a few days at a time.

If actions rather than words are anything to go by, it looks like the construction industry now means business – no doubt terrified by the prospect of many thousands of European construction workers returning home when the UK does finally leave the EU.

Only days after Mark Farmer released a highly critical report on construction, Reform or Die, in October, which highlighted failings in training, former chief construction adviser Paul Morrell was appointed to review the Construction Industry Training Board as part of a wider assessment of the future for the UK’s industry training boards.

That is all good news and, with Farmer predicting that 70,000 construction workers will be needed over the next five years, real action cannot come too soon.

It is unlikely that lobbying by the industry to make construction a special case and allow free movement of foreign construction workers into the UK will fall on anything but deaf ears, so the solution has to be home grown.

With that other crisis – the massive housing shortfall – taking centre stage for this government, action needs to be swift and joined up.

Jobs for the young are vital but it hardly shouts diversity. What about ex-offenders, ethnic minorities, former military personnel, those with disabilities or women?

So it was gratifying to hear high-profile figures like former Labour cabinet minister David Blunkett say that the third runway at Heathrow must deliver a long-term skills legacy for the nation, and warning that a coordinated skills strategy on infrastructure was necessary to learn from past mistakes.

It is equally true that a long-term skills legacy is as relevant for public sector procurement at the local government level as it is for major infrastructure projects. When prime minister May talks about doing whatever she can to help anybody whatever their background, she is surely talking about diversity.

Yet most of the grandstanding pronouncements are about solving youth unemployment and getting young people into construction. This is emphasised by the government’s apprenticeship levy coming into force next year.

Of course jobs for the young are of vital importance but it hardly shouts diversity. What about ex-offenders, ethnic minorities, former military personnel or those with disabilities, or encouraging more women into construction in a more strategic way?

This is highly important for the construction industry.  Many of these groups may well already have the skills and the maturity that could more easily be harnessed in the sector, and sustain real jobs and business growth within SMEs.

That is the type of initiative that the Social Value Act, which became law in 2013, seeks to effect. It seeks to ensure that public sector contract procurement will improve the economic, social and environmental wellbeing of local communities.

However, research published earlier this year by Social Enterprise UK showed that, of the 306 councils surveyed, just one in seven councils (14%) were fully “embracing” the idea of social value in procurement, bringing innovative approaches to a much-outdated procurement process.

The problem is that, when it comes to construction contracts, social value aspirations are watered down during the procurement process by proposals based on employment and skills plans that are primarily driven by youth construction apprenticeship schemes, and “intent to use a local supply chain”, which does not engage in reality with sustaining local SME companies.

Public sector project commissioners could achieve better outcomes by having wider community support aspirations that are clearly understood rather than leave the delivery to procurement teams.

In this context, Pellings has developed, with construction industry partners, a new initiative designed to assist local communities to develop a long-term, sustainable legacy of business and jobs growth, with construction delivery as the catalyst, not just the outcome.

The model developed with a large social housing provider aims to leverage pooled contractual Social Value Act contributions to deliver meaningful, long-term benefits for local people. Business support hubs are locally driven, locally owned and at the heart of the government’s plan to ensure business support is simpler, more joined up and easier to access, across the full spectrum of social enterprise, supply chain and the third/voluntary sector.

We have piloted this model with one south London local authority and are now in discussions with several councils in London and the south-east to help create these business support hubs to ensure they are not all continuously reinventing the wheel.

Where there are properly structured initiatives that bring local business organisations and local government together with the property and construction industry, this should make an invaluable contribution to  bridging the skills gap and satisfying Theresa May’s desire to help the many rather than the few.

Nigel Goddard is partner and director of building surveying at Pellings