Tinkering with the Green Belt is a dangerous game

Urban repair, not starting anew, is the way to go 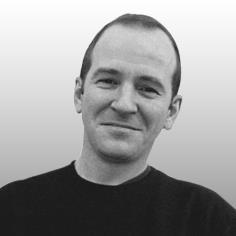 Someone seems to have made a phone call saying the recession was over. Thank goodness, now we can get on with our work again in earnest. There’s a lot of work to do - more precisely there are a lot of homes we need to build.

I hear of various calls from politicians to build new towns in the Green Belt, the only answer apparently. In fact I was reading about this as I hurtled through Havering on a train. I wonder how many of our politicians have been to Havering or even Bexley for that matter? Many of these outer London boroughs were chewed up and spat out in the latter part of the 20th century and lie largely forgotten at the wrong end of the river.

I’m sure that similar situations exist in many of our cities up and down the UK. So why on earth would we even countenance digging up our green and pleasant land when we have lots of brown and forgotten land to work with?

I’m passionate about this - I grew up in Milton Keynes. I’m a fan of MK; it’s a great place. I don’t think new towns work but MK isn’t a town, it’s a city. MK was never the cheap answer to a housing crisis, it was a carefully considered, beautifully planned new place to come from. It was the never the just outside of anywhere, it was always - and still is its own place.

To give a new place an identity it needs to be big enough, have it’s own centre and own character. This fearful idea of ruining what little country we have left with soulless and remote little new towns is a bad one. Bad for the people and for the local environment and bad for the planet.

The problem is that to make these brownfield sites fit for humans again is expensive. But what price do we give to our beleaguered countryside? What price increased road traffic and more roundabouts? The first call has to be to properly repair the damage we caused in the first place and re-inhabit the forgotten edges of our cities.