The future is often depicted with flying cars, robots and fantastical skyscrapers - think Blade Runner. But the future rarely looks like that when we get there.
It often looks remarkably familiar.

By 2050, we need to have cut our resource use and reduced our carbon emissions by 80% - and most of that needs to happen in the next 10-15 years. So something radical has to happen. But what does that look like? That’s the question at the heart of the UK Green Building Council’s Industry Business Plan. What kind of industry will we need, to meet our customers’ demands in the future?

We’ve seen some big takeovers and mergers in the last year or two. But imagine that a huge conglomerate has come along and bought up all the companies that currently make up the built environment industry - housebuilders, architects, manufacturers, contractors etc - creating a new mega company called UK Built Environment Plc.

It’s just a metaphor, but it allows us to ask what would our plan be? Which of the businesses are going to thrive, and which ones will need to be wound up? What new opportunities are there for horizontal or vertical integration, now that we can look right across the sector in ways we haven’t before? And, who are our new competitors - what other industries will be trying to break into our space?

Take a look at some other industries and major players who assumed that things would always stay the same. There are lots of examples of giants caught sleeping

With colleagues across the sector and support from Aggregate Industries, E.ON, BAA/Heathrow, Mitsubishi and the Technology Strategy Board, and project management from Deloitte, we’re developing a plan to help answer those questions.

We’ve assessed how the political, economic, social and technological landscape might change and create threats or opportunities. We’ve examined scenarios of what the future could be like, to help us think through the decisions we need to take today, and we’ve begun to generate new business ideas, that could deliver growth in the coming years.

This is not an academic exercise. As the Low Carbon Construction IGT report said, there’s one hell of an opportunity out there, but we need a plan. And not having a plan is a real threat. Take a look at some other industries and major players who assumed that things would always stay the same. Look at the photographic industry, built on assumptions of rare moments captured on pieces of film and paper. Now photos are an everyday currency of communication, shared in an instant. And where’s Kodak now? There are lots of examples of giants caught sleeping - in computing, telecoms and the automotive industries.

This is not just a green exercise. Paul Morrell, the chief construction adviser, has said previously “view carbon as a proxy for innovation”. An industry that can deal with the carbon challenge is one that can flourish.

The green agenda has been one of the most powerful drivers of innovation in the built environment over the last few years. It has also been a driver of growth. The membership of the UK Green Building Council, launched at Ecobuild five years ago has grown tenfold. Ecobuild itself, which attracted under 1,000 visitors in its first year, is likely to attract over 60,000 next week. If that’s not evidence of “green growth” I don’t know what is.

Look out of the window in 10, 20, 30 years and it may look disarmingly similar to the Britain of 2012. But my hunch is that it will be underpinned by a very different set of values, social interactions and industries.

I think we will see a new web of built environment services. Why get embroiled in building and owning buildings, if you can just buy “time in space”, whether it’s space for living, working or playing, where and when you need it? Why continue to be an amateur home-owner, when you can outsource all of your energy, utilities, home maintenance and refurbishment to someone who can generate economies of scale and leave you to get on with your life?

That’s what I’m finding exciting about this process. People are coming together, from right across the UK built environment industry, and the process encourages them to think outside the box, to take off the hats they wear to work most days, and it is staggering to see the kinds of innovations they produce. We’ll be publishing our outputs - the business plan - in May. In the meantime my advice is, don’t fall asleep at your desk, because your business may have vanished by the time you wake up.

Paul King is chief executive of the UK Green Building Council and will be chairing a debate at Ecobuild on 21 March at 13:55 on Long range vision versus short term policy 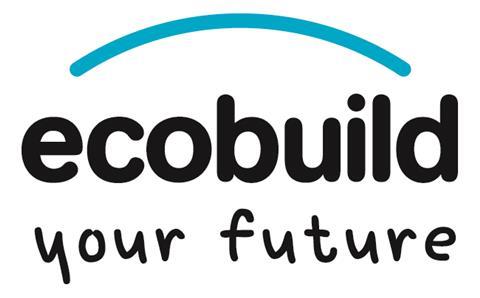