Hackitt review and regaining trust: ‘The industry has created a monster’

With the government’s formal response to the Hackitt review of building regulations and fire safety expected soon, a panel of industry experts at Building Live discussed their own responses – and how trust in the sector can be won back 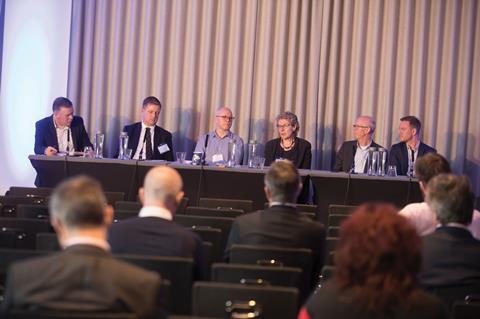 We are just weeks away from the government formally responding to Dame Judith Hackitt’s review into fire safety and building regulations. With fundamental change fast approaching for the construction industry, leading industry figures have revealed serious concerns over the industry’s ability to respond adequately to the reforms recommended by Hackitt.

Communities secretary James Brokenshire is currently scrutinising a draft of the government’s response, which was originally due in the autumn but is now expected later this month. It will address the recommendations of Hackitt’s review, which focused on high-rise residential buildings and called for fundamental reforms in an “outcomes-based” approach.

This would see compliance with building regulations become the responsibility of three duty holders: the client, the principal designer and the principal contractor. The review also stated that a dialogue with residents of buildings “should be at the heart of the new system”.

We are looking at criminal sentences here, not just financial penalties, so I’m worried and I think everybody in the industry will be worried

A Building Live session examining the impact of the Grenfell Tower fire on the construction sector brought together last week a panel of construction professionals who reflect the new duty holders: client, principal designers and principal contractors.

How do they think the reforms will change what they do? And is regulation enough to drive the cultural change needed to make sure Grenfell never happens again?

Ann Bentley, global board director at Rider Levett Bucknall (RLB), is one of a handful of people who have been made privy to the draft response. Speaking at the Building Live session, she said the emphasis would be on placing responsibility onto the duty holders identified by Hackitt.

She also highlighted another likely focus of change: “One of the areas that is drawn out quite strongly is the requirement to actually have a proper communication route with residents, and that has been highlighted in [the review].”

Bentley, who leads on supply chain issues for the Construction Leadership Council and is also a member of the government safety panel established in the wake of Grenfell, added: “The whole competency area will have a lot of concentration on it as well – are you competent to work on this type of building? Can you prove your competence? And how is that competence assessed?”

She said the government was considering creating a national standard for fire safety qualifications, “looking to raise standards, rather than settle on the lowest common denominator”. 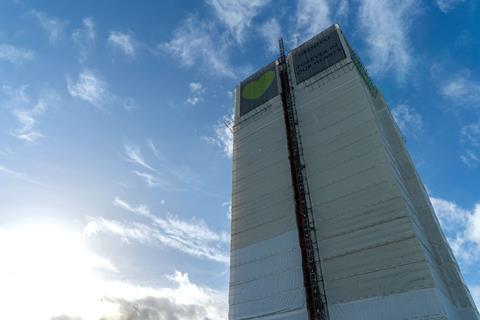 While the rest of the Building Live panel were united with Bentley in welcoming the recommendations for reform suggested by Hackitt, several were wary about some of the consequences of change.

Hackitt recommends the creation of a new regulator, the Joint Competent Authority, with powers based on health and safety at work legislation, under which serious breaches can attract unlimited fines and up to two years in jail.

Panellist Andrew Mellor, partner at architect PRP, warned that changes such as this have “implications for every part of the industry”, with increased risk for those who fall foul of the new system. “We are looking at criminal sentences here, not just financial penalties, so I’m worried and I think everybody in the industry will be worried as we go forward.”

The impact of Grenfell has also hit companies in financial terms, with insurance premiums having rocketed. Bentley said: “We’ve been notified by our PI [professional indemnity] insurers that our insurance costs next year will go up by 50%.”

Anticipated reforms could see some firms pulling out of parts of the high-rise residential market because of the extra costs and risks.

Bentley said: “We [RLB] are looking extremely carefully at the moment as to whether or not we would actually continue even to [take the role of] principal designer if that gets extended to actually take on more responsibilities in terms of fire and safety.

Grenfell started to go wrong before a pen was put to paper or a piece of cladding was bought.  the client had a very clear understanding of cost and no concept of value whatsoever

“From our business point of view, to be honest, the jury is out,” she admitted, adding: “For us it will be a commercial decision.”

And there is a danger that the focus on regulation and legislative change will mean that the human factor is overlooked, according to panellist Colm Lacey, chief executive of developer Brick by Brick.

“One area that we need to look at in more detail is trust,” he said. “Trust is complex and it is not necessarily the case that more regulation will lead to improvements in trust in the industry.” He added: “The question to ask ourselves is: does the building and development industry have competency, reliability and trust and honesty?”

The sector needs to listen to the people who live in the buildings it creates, he said. “If the residents of Grenfell were listened to after the work had been completed in regard to whether that building was safe, would Grenfell had happened? I think the answer to that is probably no.”

The traditional approach to procurement, based on a drive to the lowest price, meant that Grenfell was a disaster waiting to happen, Bentley argued.

“Grenfell started to go wrong before a pen was put to paper in terms of design, or a piece of cladding was bought by anybody, and I think that the client on Grenfell had a very clear understanding of cost and no concept of value whatsoever.”

Changing the culture within the construction sector needs “client pull and supplier push”, claimed Bentley. She thinks change can happen “very quickly” but said: “One party cannot do this on their own and it’s got to be both actually wanting to change.”

And while value-based procurement is taking hold across the public sector, it has yet to percolate down to local authorities, she said.

Another key reform facing construction is the requirement to have a proper digital record to document all aspects of the design and construction of a building – described by Hackitt as the “golden thread” of information that should run throughout the life cycle of a building.

Technology will have a “significant role” in achieving this, said panellist Geoff Roberts, global industry strategy director, Oracle Construction and Engineering. “It’s about that continual development of data, as well as the building, right the way from inception, planning, construction, building management – right the way through until the building’s actually taken down,” he said.

The pace of change

There were clear differences of opinion on the panel when it came to the pace of change. Although a ban on combustibles was finally brought into effect last week, less than one in 10 buildings identified by the government as having aluminium composite material (ACM) cladding have had it removed.

And Brexit, of course, remains the overriding priority across government above all other matters, which could slow down government action on anything else.

However, in terms of looking at reforming the way construction is carried out, officials at the Ministry of Housing, Communities and Local Government “are working extremely hard on this,” said Mellor. “It’s very complicated – it’s not Brexit that’s delaying this, I don’t think – it’s just so complicated and needs a lot of thought.”

He argued that changes over the past 18 months had included a “greater focus on quality, around specification, a robustness of construction information, workmanship on site and inspecting that, and, of course, record keeping”.

But Lacey commented: “It’s more than a year since Grenfell. I don’t think anything’s changed, has it? I think we are doing things exactly the same way as we were doing them the day before Grenfell, and I think the industry is waiting to be told what to do.”

Panellist Steve Watson, national supply chain director at contractor Willmott Dixon, said that his firm has changed its ethos in recent years and is now focused on delivering “defect-free” buildings to its customers.

As part of this process of change, it has a “yellow book” which is “a standard design for all of our supply chain and our designers to use”. The firm has also standardised the components it uses and is streamlining its supply chain.

“It’s been a hard, painful road,” Watson admitted, but said nearly two-thirds of Willmott Dixon’s buildings are now “defect-free, which doesn’t sound like a great number – but for our industry that is industry-leading”.

He had strong words for construction: when it comes to trust, the industry has “created a monster and people don’t trust us – they think that we will take every opportunity to make a little bit more money”. He remarked: “It’s about us delivering on what we say we are going to do to start building that trust.” 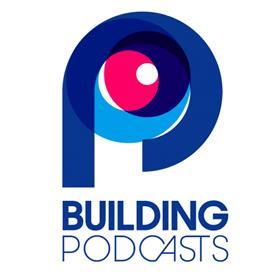 Building lets you listen in by publishing two highlights podcasts exclusive from Building Live, released next week. Go to www.building.co.uk/podcasts