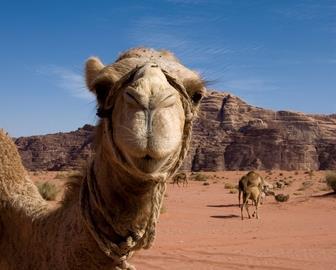 This month Davis Langdon Engineering Services looks at the unique environmental challenges posed by projects in the Middle East.

In Middle Eastern countries particularly, the way buildings are constructed plays a key part in determining the building services strategy and occupants’ comfort.

The regional climate is hot and dry, although winters are mild with some rain. The exceptions are the mountainous areas in northern Iraq, northern Iran and eastern Turkey where desert turns to steppe and winters can be severe; and the Arabian Gulf coast, which experiences high humidity. Across the Middle East, summer temperatures are usually around 32C, but often soar above 40C, while in the Saudi desert, temperatures over 48C are common. Most storms crossing the Middle East become dust or sandstorms when strong winds whip up the dry desert surface.

Factors to consider when designing buildings for such climates are:

Certain materials will deteriorate more quickly in climates like these, so care must be taken in the specification of equipment. For example, the intensity of solar radiation will affect some plastics, while internal machine parts and control equipment will suffer from the high humidity and saline atmosphere of the coastal areas, and the effects of sandstorms and fine dust.

These relatively harsh conditions have a bearing on the life expectancy of the services and thus on whole life costs in terms of maintenance and frequency of plant replacement.

Other factors that may have a big influence on the design and construction of a project include local government procedures and regulations, commercial practices and historical, cultural and political issues. These need to be carefully considered at the earliest possible stage. Use of local knowledge and expertise will pay dividends, reducing the risk of problems at a later date.

Often there is no infrastructure for water supply, sewerage, surface water drainage or electricity, so stand-alone facilities will be needed. Again, the requirements need to be established at the earliest possible stage, and contact made with the local utility providers if you don’t want to end up making an expensive contribution to the infrastructure costs associated with supplying the building.

This cost model focuses on the HVAC system design for a new museum in the Middle East, situated in an area of general development rather than isolated. The building has gallery areas, a library, a pavilion and a falconry as well as general circulation and meeting spaces and a cafe. The key objectives for the services design are the protection of the museum collection, low energy consumption including renewable energy sources where appropriate, the achievement of a silver LEED rating, low running and operating costs on a whole-life basis, and good levels of reliability and resilience.

Despite the remarks above, it is now more common to see projects in areas where there has been some previous development, rather then being completely isolated. There may be a utility infrastructure in place or at least being developed.

In the case of the museum, there are other proposed and ongoing developments in the area. The project’s primary HV distribution will originate from a new 22kV supply chase to the site and it should benefit from a proposed district cooling supply.

Potable water will be derived from a new mains supply serving the area. There are separate foul and storm water sewers locally and both networks will be extended to serve the development.

Gas supply has yet to reach the site, so in the interim an alternative must be found for the kitchens, low-temperature hot water systems and domestic hot water. There is a local telecoms infrastructure which again will be extended to supply the site.

In terms of metering, it is assumed that the museum will be treated as a single entity (with all utilities metered separately) and there will be no franchise operations requiring separate metering. A sub-metering strategy will be put in place so that 95% of end use energy consumption will be captured.

In parts of the Middle East there is a requirement to ensure that all new buildings are sustainable in terms of design, operation and maintenance. This scheme is aiming for a LEED silver rating. Preliminary assessment of the services design considers the following feasible:

There is also potential to use PVs integrated into the external structure. Again, this makes good use of the sun conditions. However, because PVs are

rarely cost-effective, this too would require detailed analysis to establish the payback period.

For this development, chilled water is derived from the local district cooling system at flow and return temperatures of 5.5C and 14.5C respectively. Independent cooling plant will be provided to serve critical functions in the event of problems with the district cooling supply. This will consist of vapour compression chillers with ice storage.

Other than in the museum collection zones, air-conditioning systems are designed to maintain normal human comfort conditions (22-25C) during public/staff opening hours only. At other times, setback temperatures will be used to reduce energy consumption. Systems will be all-air served from remote air-handling units with ducted air distribution systems. In each unit, particulate filtration will be three-stage to achieve over 90% efficiency to ASHRAE standards. To reduce energy consumption, these systems will be variable air volume with local VAV terminals. Full humidity control will not be provided in these zones.

Fresh air will be preconditioned (dehumidified and filtered) in separate variable volume air-handling units before being supplied to each non-collection air-handling unit. Dehumidification will be by desiccant wheels recharged with heat collected by the thermal tubes. The units will include heat recovery from the exhaust air system via plate heat exchangers or thermal wheels.

The main public circulation lobby at ground-floor level is designed as a mixed mode system. In winter and cooler mid-season months, the space will be mechanically ventilated through underground concrete ducts, utilising the thermal mass and ground temperatures to moderate the temperature of incoming air. A number of fans will supply air into the floor plenum for distribution through low-level outlets within the lobby. Air will be exhausted at high level via louvres.

In summer, the lobby will be air-conditioned to maintain 22-25C. Air-handling units will draw air from outside to provide minimum fresh air to the space. Conditioned air will be recirculated through the air-handling units to maximise heat recovery.

Prayer rooms will be comfort cooled from the public non-collection air-conditioning system.

For the public toilets, central ventilation systems will be provided. Supply/make-up air will come from the central fresh air preconditioning system.

For the museum’s collection zones, air-conditioning systems will be designed to suit the artefacts on display, in storage or in transit, generally to 22C ± 0.5C, 50%RH ± 5%RH, although these standards may only need to be applied to temporary exhibition galleries and the back-of-house spaces serving them. Systems will be all-air served from remote air-handling units with ducted air distribution systems.

Humidifiers are not generally provided. Instead, in winter, space temperatures may be reduced slightly to raise relative humidity. Systems will operate 24 hours, but a two-speed system will be considered to reduce energy use overnight. A degree of redundancy will be provided on collection air-conditioning systems. Supply will be from high level in each space served with return air via low level slots.

Fresh air will again be preconditioned (dehumidified and filtered) in separate air-handing units before being supplied to each collection air-handling unit, as in the non-collection areas.

The loading bay will be mechanically ventilated by a combined smoke and petrol vapour extract system with 50% extract at high level and 50% at low level. To provide a degree of tempering of the loading dock environment, make-up air will be derived from the collections ventilation system exhaust. Fan speed will be controlled by carbon monoxide (CO) monitoring.

Both the fuel oil store and the gas meter room will be naturally ventilated direct to the outside. Refuse areas will be comfort cooled by local dedicated air-conditioning units with fresh air and exhaust air connections direct to outside.

A dual-purpose ventilation and smoke control ventilation system will be provided for the below-ground loading bay. To minimise the extent of ductwork, an “impulse ventilation” or “jet fan” system is proposed. A carbon monoxide monitoring system will control fan volume and impulse fan operation in normal use.

It is assumed that smoke extract will be required for all areas. Due to the presence of a sprinkler system, the system could be designed to deal with cold smoke only, subject to client agreement. Smoke extract systems will be separate from normal ventilation systems to avoid contamination of ductwork and air-handling plant.

All internal staircases will be pressurised in accordance with the requirements. Air for pressurisation will be supplied via fans and ductwork connected to each pressurised space. The fan and damper assembly will be located at the top of each stair, where there will also be a pressure relief damper. Firefighting lift shafts will be pressurised.

The irrigation system will include all landscaped areas comprising “leaky” pipe systems and sprinklers.

The hot water service will be centralised with primary heat energy from the solar circuits. The system will comprise multiple centralised storage calorifiers, circulating pumps and secondary distribution pipework to all draw-off points.

The gas meter room will be located in the energy centre and naturally vented direct to atmosphere. A gas service is provided to the gas-fired boilers and kitchen including governor, meter, shut-off valves, etc. A gas detection system will be provided on gas distribution routes to the boilers and to and within kitchens.

A gravity foul drainage system of soil and ventilating pipework is provided, connected at each floor to WCs, sinks/basins, etc. This will discharge by gravity to the local sewer.

A stormwater drainage system will be provided, comprising flat roof outlets on roof and terraces, connecting pipework and internal downpipes arranged for gravity flow to the separate stormwater sewer.

A separate condensate drainage system with central storage tanks will also be provided, the recycled condensate being the primary source of water for irrigation and facade cleaning.

A sprinkler system will be provided for all areas including below ground parking, with water storage tanks sized for 60 minutes supply. Sprinkler pipework and water supply is to potable water standards to protect exhibits. Supervised shut-off valves will be provided for each collection area, enabling the system to be made non-functional if required. A mist system will be considered as an alternative for collection areas. All areas of the museum will be protected by the sprinkler system, except:

Alternative extinguishing systems will be provided to the following areas:

An energy management system is provided, with temperature sensors linked to alarm systems for each room containing artefacts. Water/leakage alarms will be provided in sensitive collection areas. Detectors will be linked to local monitoring panels with alarms raised on the BMS.