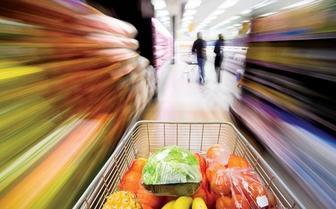 Green retail refurbishments can be good for business as well as the planet. Davis Langdon Engineering Services explains the options

In retail, energy costs may represent a relatively small percentage of turnover, but reducing them can boost margins without the need to increase sales. A 20% cut in energy costs represents the same bottom line benefit as a 5% increase in sales.

The social and environmental arguments are compelling too, in the light of growing public awareness of green issues and their subsequent choice of where to shop. This is why virtually all the major high street retailers have initiatives under way to address their energy usage and reduce their carbon emissions.

In a sustainable refurbishment, the emphasis must be on reducing energy consumption and CO2 emissions through good design, then generating as much as possible of the remaining energy requirement efficiently and renewably. There will be immediate, medium and longer term gains to consider and it is a question of deciding the most appropriate and cost-effective combination of these.

Different store types – new-build or refurbishment, in or out of town – will require different solutions. This cost model concentrates on refurbishment projects generally, while the costs provided relate to a town centre store.

Lighting is one of the biggest energy users in retail, so points to consider include:

For ventilation, a mixed mode displacement strategy can work well for new-build, where it can include natural ventilation, but is probably not feasible for a refurbishment, particularly in a town centre. Here, mechanical displacement ventilation is a good solution as it provides the same net cooling effect using more than a third less air than a conventional system, as well as better indoor air quality. To work effectively, a ceiling height greater than 3.9m is required. Normally the air must be ducted to low-level air displacement terminals around the sales floors.

Variable fresh air rates are controlled by air quality sensors and inverters on the AHU fans. Daily footfall steadily rises from opening to a peak in the early afternoon before dropping back to zero at closing time. Adjusting the fresh air supply rate to match occupancy can achieve significant CO2 and electrical consumption savings. With high street refurbishments, heating options are limited. By installing condensing boilers with external temperature compensating control and optimum start/stop control, system efficiencies can be greatly improved. Condensing boilers operate at lower flow and return temperatures than conventional ones so heating coils need to be resized in order to operate at full capacity. Radiator circuits should be variable temperature with TRVs fitted to all radiators.

Adiabatic cooling (see box) has a number of advantages. In winter conditions, the two-stage heat recovery achieves temperature efficiencies up to 80%. In summer, the free area is utilised during high outdoor temperatures and reduces supply air temperature by up to 10°C.

At peak design conditions, adiabatic cooling operates at an efficiency of 12:1 compared with 2.8:1 for an air-cooled chiller system. CO2 monitoring allows air volumes to be reduced during periods of low occupancy, and fan power consumption is below 1W per l/s.

In stores with food halls, the demand for both refrigeration and heating offers the chance to use what would otherwise be waste heat. Typical areas to look at are:

Automatically switching off extract fans when toilet areas are unoccupied is a relatively simple and cost-effective measure.

Energy profile data suggests savings of 5-10% are possible by identifying areas of waste through monitoring and targeting. This can represent a reasonable payback depending on the number of meters required. Installing meters at key points would make it possible to record and analyse energy use for each area and identify when and where unnecessary usage is occurring. This will also identify a sudden change in electricity consumption of key equipment, such as the chillers – often the first indication of impending failure.

Rainwater recovery for flushing WCs is appropriate for a refurbishment. For stores with food halls, there is the possibility of recovering condensate from refrigeration cabinets to augment the rainwater recovery system using the same tank.

Allowing internal temperatures to float is reasonable, especially in summer, when they could be allowed to reach 25C; customers understand the link between air-conditioning and energy use. An internal winter minimum of 17C could be considered in back of house areas not regularly used.

In a typical high street store, water use is mainly from toilets, the staff canteen and the cafe. Sensor taps, flow regulators on taps, dual flush WCs and PIRs on urinals should all be considered.

With the use of motorised dampers in the ventilation system, it is possible to take advantage of free cooling by allowing fresh air into the building when the external temperature is lower than the supply air.

Night cooling is accomplished by running the AHU fans only overnight, purging the building of heat stored during the day and thus reducing the amount of cooling required the next day.

On-site wind power has good revenue potential when grid connected. However, its economic application is large scale on-site turbines which largely limits its use to out-of town locations. One large scale turbine (800-1000 kW) remote from the building can generate 25% to 50% of a typical peak store electrical demand. (Building integrated systems are only able to contribute a fraction of this.) With a relatively short payback period, this also represents a good investment opportunity.

Small scale wind turbines were considered for the refurbishment project, but were found to cost as much to maintain as they saved in running costs.

Photovoltaics use the energy in sunlight and diffuse daylight to provide electricity. They have a low visual impact and minimal maintenance, but require careful positioning. Panels have an on-site generation potential of 0.07-0.15kWp/m2 and CO2 savings of 29-63kg/year/m2. But with a payback period several times longer than the expected life of the system, it is not possible to present a water-tight business case for including them.

As a local source of generation, combined heat and power (CHP) avoids losses associated with electrical distribution, and puts the normal waste heat to good use. While not strictly a renewable, CHP can provide an overall reduction in both energy costs and CO2 emissions.

To operate at peak efficiency, CHP needs a constant heating load in order to use the waste heat of the process; in summer waste heat may have to be dumped. This can be overcome with absorption cooling, using the surplus heat to provide cooling. CHP also acts as a backup supply during power outage.

It is important to consider CHP alongside other sources of energy. If the preferred source of on-site electrical power is large scale wind generation, for example, the economics of CHP to meet the remaining demand may weaken.

Ground source heating and cooling takes advantage of the fact that in the UK the ground stays at a relatively stable 11-12C all year round. To derive heating benefit from the ground, a heat pump is required. This technology uses a reverse refrigeration cycle to take low-grade heat at 10-15C and pump it to high-grade heat at 40-50C. For summer operation, the heat pump cycle can be reversed to allow the production of chilled water.

Use of biomass such as woodchip and pellets is normally considered to be carbon neutral. There are more than 1500 sites using biomass around the UK, producing about 125TWh/year. The systems and the storage space have to be large because the energy content of the fuels is about two-thirds that of coal. There must also be a plentiful, reliable fuel supply close to the site, to minimise transportation costs.

In out of town locations, biomass is an appropriate source of energy for space heating for any shortfall not delivered by an on-site ground source heating system.

Active solar water heating systems use similar fundamentals to photovoltaics, but are used to heat water for use in buildings rather than to provide electricity. A well designed, well installed system can provide good paybacks of less than 10-20 years.

The cost model concentrates on a city centre outlet with an area of 10,200m2, of which sales takes about 4200m2, staff areas 4500m2 and storage 1500m2. It is over three floors with most of the sales area at ground floor level, which includes a food hall. The store is in a shopping centre but does have direct access from the high street.

Biomass boilers and geothermal heating/cooling were discounted because of space limitations. Waterless urinals were omitted because of client reservations, though they are subject to further investigation by the design team. Use of displacement ventilation to the sales floors had to be limited to ground level as there was insufficient height at first-floor level. However, this was still worthwhile.

The store’s cooling plant had recently been partially renewed, so there was no business case for replacing it. A relatively small CHP unit serving a specific application was used.

The cost benefit is designed around the saving in energy consumption when looking at each initiative relative to what would have been used conventionally (where this is the case), without providing this saving. Hence, it is the difference in the capital cost of these two options that forms the basis for the payback calculation.

The costs include for the savings associated with enhanced capital allowances (ECAs), which provides businesses with 100% first year tax relief on their capital expenditure for certain energy saving technologies (see box, left). The spreadsheet also indicates where there is potential grant availability for the initiative, but obviously does not include these in the costs.

This is the term given to the cooling of air through evaporation of water, similar to that which can be achieved by mechanical cooling. For comfort cooling, evaporation of water into the supply air is not acceptable because of the resultant increase in humidity.

Adiabatic cooling is a low carbon method of delivering cooling, and should be considered as a means of reducing the main chiller load.

ECAs are a straightforward way for a business to improve its cash flow through accelerated tax relief.

The ECA scheme for energy-saving technologies encourages businesses to invest in energy-saving plant or machinery specified on the Energy Technology List (ETL) which is managed by the Carbon Trust on behalf of government.

The scheme allows businesses to write off the whole cost of the equipment against taxable profits in the year of purchase. This can provide a cash flow boost and an incentive to invest in energy-saving equipment which normally carries a price premium when compared with less efficient alternatives.