By Mark Claridge and Adam Parkes

Structural frames are one of the biggest contributors to embodied carbon, but issues with data quality have made tackling this difficult – until now 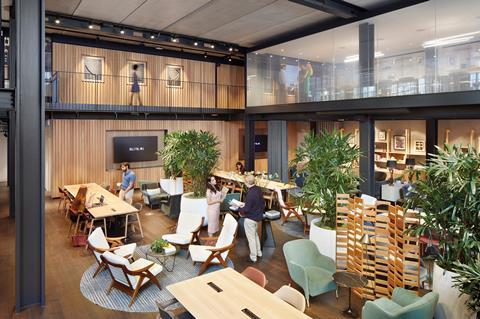 As the global population rises and the built environment grows to accommodate it, the UN estimates that the construction industry accounts for 38% of global energy-based carbon emissions.

By contrast, embodied carbon is harder to quantify and has suffered from a lack of consistent benchmarking, research and data. Data challenges weaken the government’s ability to set informed, regulation-backed reduction targets – but this will inevitably change, as embodied carbon’s share of a building’s total carbon output expands. According to the UK Green Building Council (UKGBC), for new buildings embodied emissions from construction can account for up to half of the carbon impacts associated with the building over its lifecycle.

Reducing a project’s embodied carbon footprint is usually a desirable objective – clients are undoubtedly leading the way – but too often reduction potential is restricted due to cost constraints and a traditional, somewhat siloed approach to developing the initial conceptual designs. Finding optimal cost and carbon solutions requires the most carbon-intensive elements of a building to be centre stage at the outset.

Could the industry now be at a turning point?