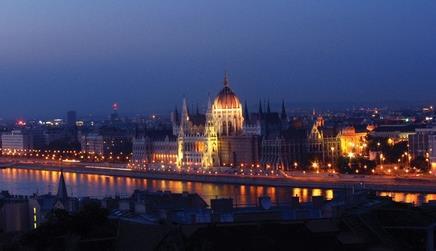 The Hungarian economy is struggling with a budget deficit and low growth, but with the offices and retail markets set to soar, the future is bright. Tibor Stahl and Judit Rohonyi of EC Harris report

Hungary joined the EU in May 2004. A year later, while it experienced low inflation and increased investment, its GDP put it in the lower ranks of the “accession states”.

Meanwhile, high government spending led to a budget deficit, estimated at more than 10% of GDP in 2006 – higher than any EU country. To meet European regulations, this had to be corrected.

Although the economy was poor in 2005, it fared even worse last year, with inflation at 6.5% and growth down to 3.3%. In the first half of this year, restricted consumption and investment meant GDP growth fell to 1.4 % in the second quarter of 2007, although this is expected to pick up in the second half of the year. Retail prices inflation is expected to be 8.6% at the end of the year and growth is forecast at 2.7%.

The growth figure is respectable, but it compares poorly with most of the other accession countries, where growth has been much higher than in western Europe. The Czech Republic has had growth of 4.9%, Poland 6.1% and Slovakia 8.5%; the EU’s 15 original members averaged 2.7%.

To address its budget deficit, Hungary this year begun to implement a “convergence programme” – a series of reforms and austerity measures.

The aims of the convergence programme are achievable if the structural reforms are sustained to the end of the decade and if the traditional rise in public spending in the year of the general election (2010) is avoided. If these measures continue to be implemented, Hungary is expected to adopt the euro between 2013 and 2015.

The government’s measures are causing tensions in the country, but the economy is beginning to show improvements.

The unemployment rate, which stood at 7.5% at the end of last year, is slowly decreasing. Now, 1.5% more people work in the private sector and 3.5% fewer work in the public sector. However, low employment figures are still a handicap in achieving higher living standards.

A better end-of-year is expected, with a fall in the deficit, a drop in inflation, more stable incomes, steady consumption and accelerating growth.

GDP growth is projected to recover in 2009 as fiscal measures shift from relying on revenue-enhancing measures to structural expenditure reforms. However, growth of more than 4% is not expected owing to continued structural weakness.

The National Bank of Hungary reduced its main interest rate in June to 7.75% and further cuts are likely over the next two years, owing to progress in meeting fiscal targets and below-potential economic growth.

The aim for Hungary in the near future is to establish a place in the rapidly integrating EU circle, while stabilising its economy and holding its own in a competitive market. In the long term, Hungary’s economy is expected to bounce back to previous levels, thanks to its central location in Europe, its educated workforce and improving infrastructure.

The property market is the hot core of the Hungarian economy. It has provided quick returns on investment in recent years, especially in the residential sector. This is down to higher incomes and the availability of mortgages.

However, the perception is that the residential property market is stabilising as mortgages are becoming more affordable. Little further expansion is anticipated.

It is predicted that by 2010, returns on property will approach that of western European, from the present 6-7.7% level.

International investors are mainly buying A-class office buildings in Budapest, as offices are a reliable investment opportunity. A 30% rise in A-class office space is anticipated, at a monthly rental level of £8.50-9/m2.

Although the retail investment sector is struggling, money is being invested in shopping centres with prices of £30m-35m, Retail floor area is expected to increase, with developments mainly in the countryside. Rent levels have been varying, however, and often show slight decreases. Occupancy is also a problem, owing to limited and regionally varied buying power.

Budapest, however, has diverse retail developments and refurbishments where cultural and entertainment facilities boost the shopping experience. Hotel and leisure projects are good opportunities for domestic investors and reasonably safe for foreign ones, relative to western Europe.

There is also potential for logistical and industrial property development, where investors can rely on long-term demand. Industrial space availability is forecast to increase by 50% at monthly rates of £3-4 /m2. While it remains mainly in the Budapest area, the industrial property market has expanded towards the Austrian-Slovakian border and will follow the line of motorways.

The shift in economic policy since mid-2006, which included significant reductions in public sector investment, hit the construction industry hard. The downturn continued in the second quarter of 2007, and production dropped 6.4% in April. The May figure showed a slight recovery, with production up 3.5%, but the June figures fell by 8.9%, which brought the 12-month construction industry index to its lowest since 2003.

The volume of orders for buildings fell 23% in the year to June 2007, and orders for other projects, mainly the construction of motorways, fell 50%.

However, one positive sign is increasing demand from developers to employ contractors from across the region. This is an opportunity for firms.

The Hungarian government needs to continue upgrading the country’s infrastructure, from internet access to roads, rail and water. In the rail sector, the focus will be on the maintenance of track and upgrades to electricity and signalling systems. About £2.5bn is expected to be invested over the next seven years and EU funds are available for the upgrading works.

Since its accession, Hungary has had to comply with EU legislation on the environment, which means about £600m will be spent on improving the quality of drinking water over the next eight years. An estimated £1.65bn will be spent to meet EU waste water regulations.

The EU’s supported development plan addresses several areas that will be co-funded by the union’s cohesion and structural funds.

To tackle the bad debt problem, the government has introduced a law enabling main contractors to register their mortgage right directly on the property in case of an unresolved payment dispute.

However, what was offered as a solution has created further problems for both parties involved in real estate development, upsetting the traditional balance. To continue to attract property investment and facilitate financing, the new law will have to be clarified.