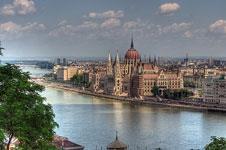 The number of building permits was noted as exceptionally high in the fourth quarter, suggesting local companies had not been affected by the global downturn.

Other researchers found a nearly 40% decline in the sales of developers that generally sell more than 10 homes a year. But a Hungarian online financial site said figures showed the number of building permits had not ebbed in the last quarter of 2008, despite finance woes.

The site said the question would now be whether developers actually began construction on these sites or not.