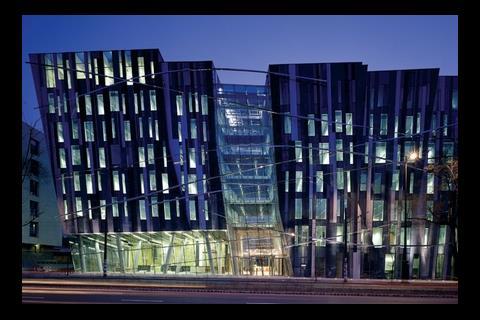 When the good times rolled... Erick van Egeraat’s headquarters for ING in Budapest was completed in 2004 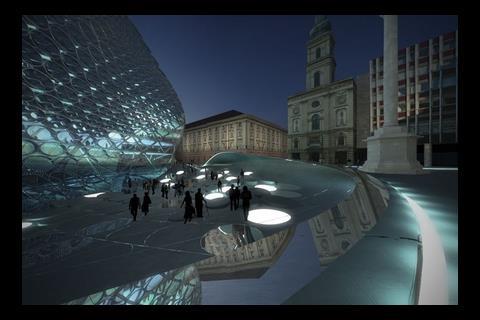 Hungary had hoped to be a safe haven for investors but since September it’s been hit by record negative growth and a plummeting currency. Tibor Stahl of EC Harris in Budapest tells a familiar tale

Hungary, like much of Europe, is slipping into a recession that is expected to last throughout 2009. The downturn is taking a toll on the Hungarian economy via diminished capital inflows and reduced export demand; this has produced year-on-year GDP growth of 0.3% in 2008. And with bank lending severely constrained and little government capacity for fiscal stimulation, the degree to which domestic demand can support GDP growth is limited. Therefore, the forecast is that the Hungarian economy will contract by 2.5-3.5% in 2009.

In common with other central and eastern European states, Hungary expected to avoid most of the effects of the credit crunch.

Hopes went as far as envisaging the country as a safe haven for investors in the turmoil. But in September and October 2008 the financial crisis hit Hungary like a tornado, prompting the government to turn to the IMF, the European Bank and the World Bank for financial rescue.

As a result of these developments, the industrial output of Hungary contracted by an average of 1.1% in 2008, with a record 14.6% month-on-month negative growth in December. The real estate and construction sectors are expected to see an ever-worsening picture over the next 12 to 18 months.

In the private sector it is widely acknowledged that the market crisis may not yet have reached its full extent. The real estate sector in Hungary did not overheat in the same way as London, Bucharest or Moscow, but there are is likely to be stagnation at best for several years. Developers have halted many projects owing to lack of available or affordable funding and significantly reduced demand, and are now maintaining a wait-and-see position.

There are, as yet, few signs of developers abandoning projects. Instead, most are choosing to delay them until 2010 or beyond. The market has also seen few forced sales, but it is thought this will change by mid-year.

The real estate investment market faced a 74% drop in 2008 compared with the record year of 2007, with few transactions are taking place. The key for the reactivation of the investment market is how long prospective sellers are able to continue the wait-and-see strategy.

Cash-rich players are likely to dominate the market. However, no “investor siege” is expected, as current yields are only marginally higher than those in large western European cities and equal to the yields offered in the UK’s secondary cities. Most institutional investors are likely to prefer these markets, which have sound fundamentals and significantly lower risk for the same or marginally higher returns.

Although contractors’ input costs increased by 6.2% in the fourth quarter of 2008 compared with the same period in 2007, the signs are that labour and materials cost rises are largely behind us in the medium term. Oil prices are down by more than half from their summer peak, and steel prices have fallen around the world. The rise seen in site labour rates has also slowed, and about 20,000 staff have being laid off by contractors.

Looking ahead, the slowdown is likely to wipe out short and medium-term inflationary pressure on commodity prices, and with labour in a weakened position, costs are expected to fall over the next two years.

However, the effect of a turbulent exchange rate could counter the impact of falling costs. The Hungarian forint fell 21% against the euro between the beginning of October 2008 and mid-February 2009. Although no date has been set by the Hungarian government for joining the euro, this currency turmoil may prompt it to join as early as possible, probably around 2013.

Construction activity fell 5.1% in 2008, with the output on the building side dropping by 10.6% and civil engineering works rising 2.5%. The drop in output was primarily due to a fall in demand for industrial buildings, warehouses and offices. Significant falls in the construction of private residential buildings already materialised in the previous two or three years. In the civil engineering sector, after a fall of 20% in 2007, there was a rise in the second half of 2008 with increases in road and highway works, public utility works and railway reconstructions.

The Hungarian government has announced a stimulus package of about €6bn (£5.5bn) for the construction industry to revive the sector and the ailing economy over the next one-and-a-half years. For comparison, the total output of the Hungarian construction industry was €6.7bn in 2007. This stimulus package consists of about 640 projects already under way or in the pipeline, including refurbishment of schools and clinics and the upgrading of 400km of rail lines and 350km of roads. One-third of these projects are expected to start in the first half of 2009. However, this expansion of public sector work is not likely to have much impact on the overall construction workload until the second or third quarter of 2009.

There has been a general expectation among developers that construction costs should be about 20% lower than last year. However, these expectations have not yet been matched in the limited number of tender returns received in the past four months. General contractors admit they are hoping for more work to come along, while continuing to work on projects they won earlier in 2008. Subcontractors taking a role in the earlier stages of schemes, such as earthworks, and structural contractors, are likely to feel price pressure coming from the developers first, with others to follow suit in the latter part of this year.

Tender returns in Hungary are unlikely to produce similar price cuts to those experienced in the UK. The Hungarian construction market has been already under price pressure for the past three to five years as a consequence of the ailing private residential market and a drop in public spending. However, Hungary is experiencing significant downward movement in the price of building materials owing to the price reduction of the major commodities. Furthermore, some drop in construction prices is expected owing to increased competition and reduced demand. As pressure to secure work increases, there is a probability that subcontractors will chase workload by moving into areas where they have less experience, undercutting more experienced players, which may bring risks to control and quality.

Market pressure is also likely to bring about an increase in businesses failures, as has been seen in much of Europe. Some 98% of construction firms in Hungary depend on access to credit, which is becoming more difficult and costly. There is therefore a significant risk of casualties, particularly at subcontractor and supplier level. There have already been a number of general contractors which have been forced to stop trading.

These issues are compounded by the “chain-debt” problems of the construction industry, whereby subcontractors and suppliers are paid only when the contractor has been paid. This could lead to delays and increased project costs which might, to an extent, offset price falls.

The current view, based on the conditions in Hungary and world markets, is that costs are being reduced because of the following factors:

With costs flat, contractors will hope to secure workload by reducing profits, controlling labour costs and really working the supply chain. In addition, as order books fall, discounted contractor prices may be expected and many contractors will be willing to enter into package deals, with price discounts of about 10-15%.

With workload dropping and contractors “buying” work, it is important to recognise the volatility and unpredictability of the market in Hungary. It is also important to understand that cuts in tender prices will not necessarily occur across the board and “difficult” schemes may still see only marginal increases in tender prices.