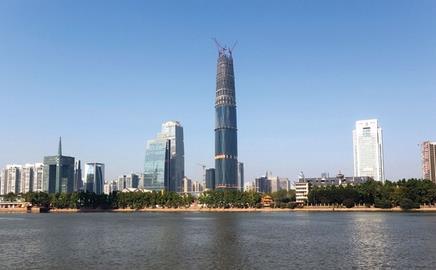 Building prices in the UK are no longer in the top five places in the world. Decreasing workload has led to significant falls in tender prices over the past year while a drop in the value of the pound means that UK costs have fallen compared with most countries. As a result, UK construction costs have dropped from fifth to ninth in the global rankings. This means that it is now about 40% cheaper to build in the UK than in Denmark or Switzerland and some 10–20% cheaper in the UK than in Sweden, Ireland and Finland. However the UK is still not a cheap location in which to build and costs are still double those of some Eastern European countries.

In the UK, prices are expected to show a drop from their current levels in the near future as contractors react to the current decrease in construction activity. Tender prices in this country are not expected to return to positive territory until 2011, with only the infrastructure sector showing signs of growth before then. While some rallying of the pound is forecast, it is expected that it will not return to the previous values against the euro or the US dollar.

The most expensive country in the EC Harris list of 33 countries is Denmark where labour rates of up to €380 (£330) per day contribute to prices being over 40% higher than those in the UK; despite this, construction prices in Denmark showed little movement over the past year. Switzerland has maintained its second place spot in the listings with prices just slightly behind Denmark.

The state of the world’s economy has played havoc with commodity prices, which have fluctuated dramatically over the past year.

A global shortage of steel a year ago saw prices peaking at $1,400 (£841) per tonne. The global recession then caused demand for steel to fall off dramatically, with a similar effect on steel prices, which dropped to $525 in April 2009, a price last seen in April 2006.

Other commodity prices have behaved in the same way, including oil, where prices peaked in mid-2008 at over $140 per barrel; this created huge inflationary pressures on energy-intensive materials such as cement and bricks.

The subsequent cuts in oil prices have led other materials’ prices to fall considerably.

Different parts of Europe have been variously affected by the worldwide recession. Falling demand has hit western European countries harder than most of central and eastern Europe and a number of countries in eastern Europe are even expecting GDP to rise over the coming year.

It is now five years since Poland, along with eight other eastern European states, joined the EU. Many of these new EU states appear to have weathered the downturn in construction workload somewhat better than the UK and some of them have benefited from EU funding which has allowed increased infrastructure development. In countries such as Poland and Slovenia, construction costs are just over 70% of the UK price level and construction spending is projected to grow through 2009, though at a considerably subdued rate.

The fortunes of the former Yugoslav republics have been very different since independence. While costs in Croatia and Slovenia are about 65-70% of UK prices, prices in Slovakia, Serbia, Macedonia and Bosnia are all less than half of UK prices.

The construction industry in Spain has suffered horrendously over the past couple of years; after years of overbuilding, construction output is expected to fall by about 8% this year and the Spanish economy is expected to shrink by 3.8%. Building prices, which are about 60–75% of UK prices, have stagnated over the past year and increased materials prices have been balanced by cuts in site labour rates, which have left skilled workers on around €90-95 (£79-83) per day.

It is expected that GDP in the Eurozone countries will fall by 4.4% during 2009 before a recovery of 0.6% in 2010. Notwithstanding some of the bad headline stories, recovery in the Eurozone appears to be gaining momentum. New orders for industrial goods rose by 3.1% in July, while a composite gauge of activity in manufacturing and service industries rose in August to its highest level for 15 months.

China has committed $586bn to kickstarting the economy after falling world demand led to a serious reduction in exports. The money is being used in part to increase government infrastructure spending and to revive housing investment. Some of the stimulus seems to be working: house prices are starting to rise, real estate sales have substantially increased and GDP is expected to rise by 8% this year and a further 8% in 2010.

However in the first five months of 2009, China’s exports fell by 21.8%, while its imports dropped 28%. Projected growth figures are the lowest for a decade. Construction prices are some 30–40% of UK prices and have more or less stagnated over the past year.

The economic climate in Hong Kong is not as favourable as the rest of China. Industrial production is down by 10.2% and GDP is expected to fall by 5.4% during 2009 and only recover by 2.6% next year. Construction output in Hong Kong has remained almost stagnant for the past four years. Construction prices are between 65-80% of UK prices and the outlook remains downbeat. Workload is expected to show a double-digit drop over the course of 2009.

Elsewhere in the region most countries have been affected to varying degrees by the global downturn. Construction activity in Macau, which has for several years relied on major casino and hotel projects, has been hit by a very abrupt slowdown in this sector; prices, which are about 50–60% of UK price levels are expected to continue to slow over the next year at least.

Singapore too is suffering. 2008 saw significant growth in construction output, which led to double-digit inflation in tender prices. However, those days are gone and the economy is forecast to contract by 6% this year before increasing by 3% in 2010. The forecast for the construction industry is that there will be consolidation of workload, with tender prices adjusted to reflect the new reality. Nevertheless, construction prices in Singapore remain among the highest in the Asia Pacific region and are currently running at 80–90% of UK prices.

The US was one of the first and worst to be hit by the recession; GDP is expected to fall this year by 2.6% with recovery of 2% in 2010. However, green shoots are being seen in a few places: house prices rose 2.9% in the second quarter, the first increase since the spring of 2006, while sales of new homes rose by 9.6% in July.

Building prices in the US rose by about 3% over the year, but the fall in the value of the dollar means that prices are down by about 15% if reckoned in euros. Costs in the US are about 85–90% of UK costs, but it should be borne in mind that the USA has with huge regional variations. Prices in New York and on the north-east coast are the most expensive; in contrast, many parts of the Deep South are very poor and costs are substantially lower.

Just over a year ago, the UAE was like a boom town. Things are different now. The period from January 2009 to date has witnessed a dramatic change in the wider construction sector and it has been reported that the number of projects on hold in the UAE reached $407bn (£260bn) at the end of July. Not unnaturally, this has had an impact on tender prices, which have fallen from the high levels of 2008 as demand for construction services has dropped.

Prices in the UAE are about 80-90% of UK prices despite the low rates paid to mainly migrant labour from India, Pakistan and Bangladesh.

The economy of the UAE is heavily dependent on oil and gas, and it is now obvious that the expansion over the last two years was unsustainable. An expected fall in oil exports of 6.2% is predicted to lead to a decline in the UAE economy of 2.9% this year. However, the UAE has taken steps to enable the sustainable growth of the economy and it is expected to grow by 3.8% in 2010.

With the downturn taking hold of Dubai’s activity, many contractors and consultants are seeking alternative markets in the GCC (Gulf Co-operation Council) to maintain turnover and employment of staff. Many countries are now benefiting from this, with the supply of professional and contracting services on the increase in Abu Dhabi, Bahrain, Qatar, Oman and Saudi Arabia. Tender price movement in the GCC has eased significantly from the high levels experienced in 2008 with contractors and subcontractors reducing overheads and profit mark-ups in order to win work. The result is that construction costs in the Gulf have fallen by about 0–35% since the peak of second quarter 2008.

The figures in the table (below) come from a survey of cost per m2 that EC Harris carried out across its offices worldwide.

Although it has been assumed for the purposes of the survey that all buildings are constructed to western European specification standards, there will always be differences in specification for the same building constructed in different countries. Even within western Europe, insulation and heating requirements will be very different in countries as diverse as Sweden, Italy or Spain. Where buildings are constructed to local standards, using local techniques, costs can be substantially cheaper than those given here.

Procurement and contractual arrangements can also have a substantial effect on costs, while the cost and efficiency of site labour remains one of the key drivers. However, the link between labour rates and construction prices is not always direct. Unskilled labour, which, in Third World countries is often earning less than US$5 per day is very often inefficient, with low productivity.

Sourcing of materials can have a profound effect on prices, with the high costs of imported M&E plant, in particular, often completely wiping out the advantages of low labour costs.