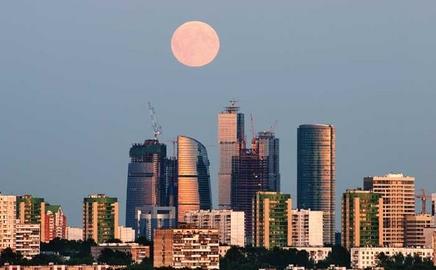 Russia has been badly hit by recession, and there are not many signs of recovery, says Pavel Vishnaykov of EC Harris Still, the 2014 Winter Olympics provide a glimmer of hope …

Russia’s ministry of economic development says GDP decline in the first quarter of 2009 was about 10.1%, mainly owing to lower investment activity and consumption rates. Capital investment in the period dropped by 18.2% compared with the same period in 2008, the slump in the industrial sector was 14.8%, while processing industries were down 21.3%. With all this in the background, the construction development rate slowed down by 19.3%. A 10.9% drop in GDP in the second quarter was fuelled by the slump in the construction and manufacturing sectors.

The economic development ministry says decline has now bottomed out. It forecasts GDP will fall 8.5% in 2009 as a whole, but that the country will recover the following year. As a result, GDP in 2010 is expected to increase by 2.5%. The country is estimated to run a budget deficit of 9.4% of GDP this year, its first deficit in a decade. During the most volatile days of the crisis, high volumes of Russia’s foreign exchange reserves were used effectively to stabilise economic conditions.

Inflation in Russia reached 8.1% in July 2009 and consumer prices keep growing at double-digit pace, despite falling producer prices and contraction in domestic demand. Analysts predict inflationary pressures will increase as a result of large injections of liquidity towards the end of 2009.

Fixed capital investments in Russia fell 18.8% in July 2009, although investment demand is recovering, with the latest figures showing slight improvements in comparison with the June data. However, fixed investment is likely to remain low, owing to high uncertainty and reduced credit availability.

Industrial production plunged 14.2% in the first seven months of 2009 compared with the same period in 2008. The July figures suggest the recession has reached the bottom. Analysts believe the recovery will be limited as credit channels are narrow and domestic demand weak.

The Russian trade balance surplus in January-June 2009 was half of what it was in 2008. However, rising external demand will favour further expansion of exports as well as a potential growth in oil prices.

Russia is the unique country among big economies, as it is still not a member of the World Trade Organisation and President Medvedev blames some other countries for blocking its entrance into the organisation.

The credit crunch has had a bigger impact on developing countries like Russia than on other countries, owing to a drop in confidence and drawback of investments.

The political issues have accelerated this process and the volume of private capital that was withdrawn from Russia in 2008 was up to $130bn, a figure that is more than the total inflow of the previous three years.

Russia’s property market expanded rapidly for several years prior to the 2008 crisis and, pre-crisis, the main attractive factor for the Russian market was its high profitability. In the current economical conditions, it is obvious that profitability is subjected to greater financial risks as well as the political risks that have always been on the agenda in Russia.

For most of the property sectors, supply is now outstripping demand and this is especially true for the offices sector in Moscow. Nevertheless, there are still opportunities for new developments in good locations with attractive and effective design solutions.

Although the interest of foreign developers in the Russian property market has increased in recent years, the market is still mostly made up of local companies. Foreign developers investing in Russia usually form joint ventures with local developers.

As a result of the credit crunch, developers are being forced to reduce construction costs through optimisation of design and procurement strategies, which requires more involvement of built asset consultants from the beginning to the end of the building process.

Russia had one of the steepest price corrections in the property market within Europe; there may be some further corrections, but dramatic changes are no longer expected. However, investors’ activity is still bumping along at a low level. This may rise in 2010, depending on the emergence of encouraging news on macroeconomic figures. With prices of offices much reduced after the crisis, a number of firms are purchasing their own offices instead of paying big rents.

Over the past months, rental rates in the Moscow office market have fallen by an average of 30%. Mainly because of the sharp decline in demand and the continuously increasing supply through new commissioned office centres and continuing large-scale projects like the well known Moscow City scheme. This scheme, which started in 1992 and is still under construction, is the biggest development in Europe. The total estimated cost is $12bn.

The overall volume of office space in the Moscow region at the end of first half of 2009 reached 10 million m2 and the current vacancy rate of about 20% is rising. Worryingly, some 50% of office space commissioned in the past three years (about 0.7 million m2) is expected to be on the market by the end of 2009. Supply is clearly exceeding demand in the office market and in the near future no improvements in rent or vacancy rates are expected.

Construction of new warehouses in Moscow increased continuously each year reaching a peak in 2007 before falling in 2008 and 2009. The overall volume of high quality warehousing premises in the Moscow region at the end of first half of 2009 reached 3.9 million m2 with a vacancy rate of about 13%.

The fall in demand for commercial properties has created more interest in the residential sector. Developers are reviewing the mix of future developments and either completely changing the function to housing or increasing the proportion of housing.

Unlike other sectors, residential is far from saturated and is more predictable. However, developers can face challenges in changing land use functions if this has been determined by town planning authorities. The volume of residential buildings commissioned in the first half of 2009 has not significantly changed since the same period of 2008.

The hotel sector, which is generally recognised by developers as being one of the less profitable, will need more time to recover. The number of hotel rooms in Moscow is almost 38,000, distributed between more than 200 hotels. Occupancy rates have shown a falling trend since 2004, but the crisis steepened this trend resulting in a 10% drop in the past year. Occupancy rates are now at about the 60% level and the situation is worse for five-star hotels compared with lower category hotels. The number of hotel rooms under construction in Moscow is about 2,200 and the lack of finance means projects that have not started are being postponed.

Sochi is becoming one big construction site in preparation for the 2014 Winter Olympic Games.

More than $6bn is to be invested on building the Olympic facilities and associated infrastructure, with almost half expected to come from private investors.

Another large-scale sports event, the World Summer University Championships, will be held in Kazan in 2013. Infrastructure works, including roads, airport, hotels and a new stadium, are to be completed one year before the competition by the president of Tatarstan.

Looking further forward, Russia is preparing an application for holding the 2018 Football World Cup. The plans will include 15 stadiums in 14 cities, including nine that will need to be built from scratch. The construction budget is expected to run to several billion dollars. The scale of developments associated with these is not enough to rescue the industry, but they will support recovery in the longer term.

From the last quarter of 2008, there has been a fall in the price of many building materials, with reduced market demand and lower oil prices the main drivers of this drop. As a result, production of construction materials has fallen to 60–70% of the pre-crisis period, leading to falls in materials prices. Reductions have been greatest for domestically produced bulk construction materials such as cement and metals, whereas finishing materials and engineering equipment that are mostly imported have only fallen slightly.

However, prices of some materials have already reached the bottom and are now becoming volatile. Exchange rate fluctuations during the past year have resulted not only from the fall in the rouble, but because of fluctuations of the US dollar against the euro. Under these circumstances, care has to be taken in assessing construction costs, since volatility in the material prices and exchange rates complicates any forecasts about construction costs.

The labour force in Russia is generally made up of workers from Commonwealth of Independent States countries owing to their low costs, availability and their readiness to work in less civilised conditions provided by employers.

Consequently, the impact of labour costs on construction prices in Russia is significantly lower than the other European countries. Labour rates, in roubles, have shown substantial fluctuations over the past year, in some firms salaries have been reduced by 10–15%, while in others they have remained unchanged.

With currency fluctuations added in, labour costs can be reckoned to have fallen by 15–25% if priced in US dollar or euros, when compared to the pre-crisis period.

As a result, developers are not seeing the benefits of lower costs, whereas some contractors are seeing higher profits owing to lower costs.

Still, depending on material and labour cost falls and contractors’ reduced profit expectations, it can be concluded that constructions costs have declined by 15–25% compared with pre-crisis period. With little work going out to tender, it has proved difficult to test the current level of cost reductions on new tenders.

In fact, it is also a challenge for a contractor to propose a lump sum price in the current market.

Future forecasts are mostly based on the duration of recession and on a wide range of opinions of experts ranging at the extremes from “everything is almost over” to “there’s worse yet to come”. However, it can be predicted that profitability in the property market will never be as high as it was before the crisis.

The Russian market is becoming more mature and the large differences in supply and demand that could create a wide range of speculative prices in an emerging market will no longer exist. At the same time, depending on supply and demand, values in the property market may drop further and some construction projects may become unprofitable. The current lack of demand means developers are focused on the completion of continuing projects, many of which have been delayed and postponed, rather than planning new projects in the near future.

As ever, high value, quality products with optimum capital investments will make the difference. To create this, the participation of foreign developers and international consultancies will be increasingly demanded.