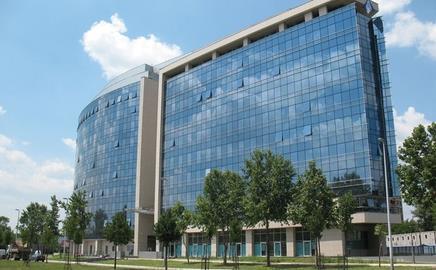 Serbia’s construction industry may not be racking up 20% growth any more, but it’s still hitting 9.5% and shows little sign of slipping into recession. Sasa Trajkovic of EC Harris marks your card

After a period of intensive growth, and with foreign investment levels high, the ripples from the world economic crisis are starting to affect Serbia. The result is a decline in business activity, foreign investment and, consequently, work for the construction industry. The question is whether this trend will continue.

This growth is not distributed evenly. Belgrade, with a population of 2 million, is developing much faster than the rest of the country, and is attracting most investment, especially from foreign developers.

In 2004, 2005 and 2006, Serbia was nominated by the Organisation for Economic Co-operation and Development as the largest greenfield investment location in central and eastern Europe. The country is negotiating with the EU regarding the implementation of structural reforms, which would lead to Serbia joining the union between 2012 and 2015.

The second half of 2008 showed almost equal distribution of new office completions between Belgrade’s central business district (36,000m2) and the rest of the central city (43,700m2). The amount of new office space under construction for delivery in 2009/10 is estimated to be about 297,000m2.

One result of this expansion is that vacancy rates have increased and rents have eased. The vacancy rate for class A offices rose from 6% in mid-2008 to 11% at the end of the year, although class B space fell from 14.5 % to 13% over the same period. As a result of increased availability, there has been a downturn of 9% in class A office rents, with prices coming down from €18/m2/month (£15.70) during the mid-year period to €16.50 at the end of 2008. Despite falling availability, the same trend was followed by class B offices with rentals coming down from €13.20 at mid-year to €12.50 at the end of 2008.

Belgrade has less space than comparable cities in the region, but it is enough to satisfy demand. It is also profitable: investigations show that prime office yields are more or less on the same level as in 2008, which were the highest across the region.

The retail market has been one of the fastest growing in Serbia over the past couple of years, with shopping centres and hypermarkets the most common developments in major cities.

The trend was set by the opening of Delta City in 2007 in New Belgrade. This contained 30,000m2, making it the largest mall in Serbia. But not for long: the Usce centre, opened in March 2009 comprised 43,500m2 spread over four retail levels with two underground parking levels. Other important openings were the Mercator and Roda Centres last year in Kragujevac, Sremska Mitrovica and Sabac. The 28,000m2 Plaza centre in Kragujevac is due to open at the end of this year, as are TQ City in Indjija and Park City in Novi Sad.

High streets are also showing intense growth. Old-style department stores chains such as Robne kuce Beograd have started a programme of complete refurbishment including one in the central shopping zone in Belgrade – Terazije Square and others in the city centre.

Estimates are that this trend of retail market growth is expected to continue as Serbia is undersupplied with retail space compared with its neighbours. In Zagreb, for instance, there is retail provision of 780m2 per 1,000 inhabitants; in comparison, Belgrade has only 155m2.

Residential construction flourished in Belgrade between 2005 and 2007, and building permits issued in the capital rose 15% in 2007, compared with 2006. However, this market started to show signs of a slowdown in the last quarter of 2008 as a result of the global economic downturn. Nevertheless, the number of permits issued in Belgrade in 2008 was 2.7 % higher than in 2007.

The number of new-build apartments in Belgrade in 2007 was 7,600. This figure is very similar to the 2006 figure of 7,380. Most were built by small construction companies, and the size of a typical development is 15 units per building.

Rental demand and prices remained stable or showed a slight downward trend during the second half of 2008, when compared to the first half of the year, with prices in the €12-15/m2 range.

Serbia’s hotels are on the up. The Hyatt Regency and Intercontinental in New Belgrade have already been built, and further international chains are moving into the market. Holiday Inn has appeared and new chains, such as the IN Hotel and Zira Hotel, have built their first units; meanwhile, famous old establishments like the Yugoslavia and the Metropol are being refurbished. There are also about 10 small luxury hotels in newly-built or refurbished buildings in the centre of Belgrade, providing between four and 20 apartments. The latest one to open is Townhouse 27, the first boutique hotel in this market. It offers 20 luxury apartments in the centre of the city.

The past few years have been boom ones for Serbia’s construction industry – particularly in 2006, when it hit 20% growth. The market has settled down since then, although it was still 9.5% last year. However, there is a slowdown in workload under way which resulted in a slight fall in prices at the end of 2008; this trend is expected to continue in 2009.

Notwithstanding this, Serbia still has a lot to recommend it:

One of the key elements for overcoming the downturn is support from the banks, without which business activity is unlikely to rise. Another important element is macroeconomic stability, and there are attempts to reach this through government measures in co-operation with international financial institutions. A balanced and stable dinar–euro exchange rate will also provide a big contribution to the recovery of construction industry. A fall of about 11% in the value of the dinar in the past six months directly increased investment costs and caused disruption to trade.

Investments in infrastructure, particularly roads, is also being continued and intensified, especially in centres such as Belgrade, Novi Sad and so on. It is acknowledged that a sound infrastructure is a key factor in attracting foreign investment and will also provide encouragement for the construction industry; it will also increase the competitiveness of Serbia compared with its near neighbours.

A further improvement that will make the country more attractive to investors is the simplification of all kinds of administrative procedures, which have previously made the realisation of construction works highly complicated.

Major potential investments in Belgrade that have been announced in the past few years, such as the Marina Dorcol, the Luka Beograd cargo port, and a number of large logistic centres on the city’s fringe will provide support not only to the construction industry but also to the development of the city and therefore the entire country. Serbia still has favourable bank loans that allow these projects to go ahead. On the whole, therefore, the global crisis is not expected to have as dramatic effects as in other countries in the region.