Covid has set back women’s progress by years, experts fear 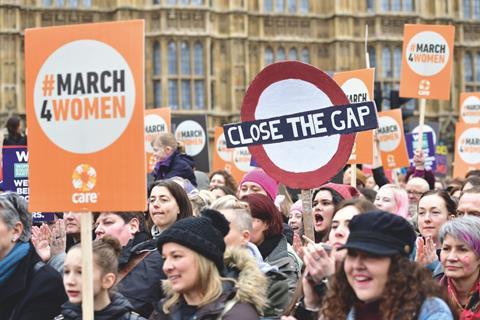 Opportunities for women in the construction sector have been dealt a serious blow by the pandemic, setting some careers back by years, according to industry experts.

Gender pay gap data out this month shows several big employers reporting no progress or a worsening situation for women, which in turn has raised fears that the pressure of covid-19 has reversed years of enlightened HR policies designed to boost the number of women employed in the sector and promote them to senior positions.

Efforts to improve the gender balance in construction, where the proportion of women has stayed stubbornly around the 14% mark, had gathered momentum, but some commentators have warned that the extra childcare burdens placed on women during three UK lockdowns could have had the reverse effect.

Another factor that affected women’s pay over the past year was the proportion placed on furlough. Women disproportionately fill administrative and support roles, which were the first to be stood down at many firms, while men dominate operations roles, which largely continued through the pandemic.

According to a study from the Women’s Budget Group based on HMRC data, women made up 52% of workers put on furlough across all industries between March and August last year, with around 133,000 more women affected by the initiative than men.

A report from management consultant McKinsey last summer found that women’s jobs around the globe during the crisis were 1.8 times more vulnerable than men’s jobs, with women representing 39% of global employment but 54% of job losses.

Theresa Mohammed, partner at law firm Trowers & Hamlin, warned that women disproportionately opting for the furlough scheme, reducing their hours or delaying their return from maternity leave “may well be delaying the progression of women’s careers”.

She added: “You have got women delaying returning to work, or reducing their hours, potentially volunteering for furlough, then what we’ve got is an economic crisis that will affect construction businesses. So, you add those together and the indication is that women’s careers will be stalled and could be stalled for years.”

Rachel Bell, national chair of Women in Property and director of architect Stride Treglown, said it would be months before the full impact of the covid-19 crisis would be felt on women’s progression in the sector.

She said: “Furlough continues until September, when it will become apparent who has been ‘carried’ through the pandemic and might then unfortunately be made redundant, at which point we can look at the gender and sector data.”

Bell added the government extending the deadline for firms to report their pay gap data from this month to October had “provided companies with a comfort blanket, enabling many to hide comparisons for over a year”. To date only 13 out of 40 top construction firms obliged to publish the data have done so.

Others warned pay was not the only issue to have hit women harder than men during the pandemic.

Dr Jenni Barrett, a senior lecturer at the University of Central Lancashire, said flexible working and working from home during the three lockdowns had increased burdens on juggling work with childcare.

She said: “We don’t have a masculine culture in the office because we are at home and that’s really positive. But on the flipside, there are things that have marginalised women further.

“For example, all that working flexibly means for a lot of women is that they have to work longer and harder around caring responsibilities.”

Barrett said the mistake that is often made is to try talk about women as if they are the problem when “what we need to do is focus on fellas”, adding men, especially in senior roles, had to take on their fair share of flexible working practices and non-work responsibilities. 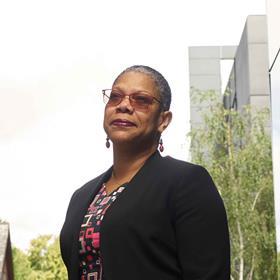 What we need now is action

Construction is good at reports but top-40 firms must do more, says Mary Pierre-Harvey

While it may have been possible for a lot of men to separate themselves off from what else is happening in the house during the covid-19 pandemic – locking themselves away to work in a separate room – it has been less easy for women to do the same. When there has been caring work to be done, whether that be childcare or the care of other adults, that still tends to fall to women much of the time. There is a real risk that, if employers do not recognise these challenges, gender disparity in the sector will get worse.

Employers must realise that there will be a negative effect on them if they do not take action to level things up. Funders looking to invest in or partner with construction companies are asking about gender balance, about flexible working, about apprenticeships and the number of women entering construction. Firms need to have the statistics to show that they are progressing.

And here is the point: action is what is needed. Of course, transparency around pay gaps is welcome but that does not show what firms are doing to truly level up the industry. It is not just about the reporting of these results; it is about the actions firms are taking as a response to what they find.

Because, really, what do those figures mean to the individual? As an individual you want to know what your firm is doing to make things better and that is what we need as a sector. We need a top-40 construction company to  say: “This is what we’ve discovered, this is what it means, and this is what we have done or are doing to make sure our next report is more favourable than this one,”

Construction has more than enough reports being produced on a whole host of topics. What we need now is action.

Mary Pierre-Harvey is NHS director of estates and facilities