Trade credit insurance has returned to construction, having all but disappeared just when it was needed most. So do today’s new policies offer a good deal for firms? 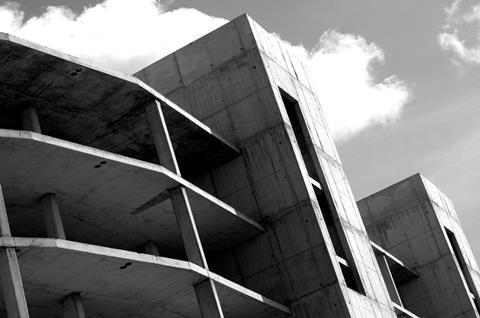 Trade credit insurance, which pays debts owed to you by a client that has gone bust, has probably never been so desperately needed in the construction industry. The sector remains plagued with insolvencies: the latest Experian Business Insolvency Index update, published in September, showed that the number of insolvencies in UK construction in August alone was 293, up 10.6% on August 2011. The previous month saw 289 construction companies going under.

Unfortunately, during 2009, right in the hour of greatest need, trade credit insurance all but disappeared from the construction sector - or at least its cost became so high that firms were forced to trade without it. Ironic as this may be, the reasons are clear: Kalpana Padhiar, risk underwriting manager at the UKbusiness of one the largest global trade credit insurers, Euler Hermes, says: “The risk of underwriting certain business became too great.”

However, in recent months insurers have been reassessing the construction sector and many say they are ready to provide credit insurance to contractors and specialists on better terms. There have even been two new entrants into the credit insurer market. So is now the time to take out a policy?

What happened to credit insurance?

Insurers are at pains to point out that they never stopped offering trade credit cover. Padhiar says that for Euler Hermes, “it was never a capacity issue” - in other words, insurance was available from the firm. “Neither was it a decision to withdraw from an entire sector,” she adds. 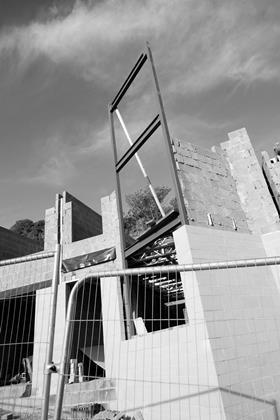 Rather, insurers became alarmed that construction sector clients - from developers to contractors and subcontractors - were suddenly much more likely to fail and they reacted according to their new perception of the risk. Grant Williams, risk underwriting director at Coface, another large credit insurer, says:

“There has been a hardening approach to construction because the sector has been very badly hit. As an insurer we want to underwrite risk and earn premiums but credit insurance is not about providing cover against clients with multiple county court judgments out against them, and which are about to close.”

Spooked insurers therefore raised the trade credit premiums for firms trading with construction sector clients by an average of 40% in 2009, according to Tom Rolfe, director at broker LDPA Credit Insurance. There were also cases of insurers reducing cover - for example to cover only certain clients a company was trading with - or cancelling policies altogether, as happened to the retirement home builder McCarthy & Stone, reported in Building in 2009.

But while firms continued to trade without credit insurance, which is not required by law, the virtual disappearance of the facility was a blow to those that had taken it out precisely to cover periods like the current downturn. Rudi Klein, chief executive of the Specialist Engineering Contractors’ Group, says: “One of the major means of protection for the industry, especially at the smaller end, had gone.”

However, insurers and the brokers that sell their products are now saying this credit insurance is easier to obtain. Jonathan Smith, divisional director, credit, at Oval Insurance Broking, says: “Credit insurance has returned and since the second quarter of 2010 insurers have been providing significant levels of increased cover.” Also in 2010, those two new entrants arrived on the UK credit insurance scene: new company Equinox Global and established carrier Markel International, which launched a credit division.

This followed criticism of the credit insurance industry, which operates in a wide range of sectors, for withdrawing cover when it was most needed. However, in the case of construction, it also appears that insurers have accepted that not all risks in the sector are equal. Ewa Rose, divisional director, Markel, says: “In 2009 there was a broad brush approach without taking an in-depth look at the individual clients that the cover was being provided on.”

Now, insurers are looking in more detail at specific risks. One of the key problems at the start of the downturn was that the main information that insurers used when assessing clients was their annual accounts. Rolfe says: “As the recession got under way, insurers realised that this information was no longer sufficient to understand a market where future workloads had become so uncertain, with jobs being postponed and re-tendered. If you were looking in mid-2009 at accounts for the period to the end of March 2008, it wouldn’t have told you much.”

Insurers are tackling this problem by asking clients on which credit insurance is being taken out for details of contracts in the pipeline, management accounts and future strategy. “With more information we can make more informed underwriting decisions,” says Padhiar. “Because we continue to receive proprietary information - information unique to Euler Hermes from hundreds of buyer visits conducted each year - across the construction sector, we are in a strong position to provide credit limits.”

The problem is that not all clients are willing to hand over these commercially sensitive figures and forecasts, even though insurers sign non-disclosure agreements. Padhiar says: “Some companies are forthcoming in providing this information, and some are not.” She urges companies to encourage their clients to co-operate with insurers.

We looked at credit insurance but the costs were prohibitive. It can cost 2% of a project fee

Even if your clients do open their books to insurers, another problem is that the cost of cover remains high. Rolfe says average trade credit insurance premiums are still up to 20% higher than before the downturn and it is safe to assume that particularly high risks cost a lot more to cover.

Nigel Bellamy, director at contractor 8build, says: “We looked at credit insurance but the costs were prohibitive. It can cost 2% of a project fee and we work hard to make that on a job so we’re not willing to give it away.”

The question of whether the insurer could withdraw your cover also remains. Bellamy says: “A major worry is that credit insurance can be withdrawn, under some policies at just 24 hours’ notice.”

Plus, with insurers well aware of the outlook for the construction industry, a further rise in premiums is likely. Rolfe says: “Because construction is looking at another challenging year ahead, rates could well increase.”

Markel claims to offer a new approach to credit insurance, which it says is “non-cancellable” and may be more affordable. The dominant insurers - Atradius, Coface and Eurler Hermes - tend to write cover based on a company’s entire sales ledger and normally also take care of credit management, including debt collection and reviews of customers.

Markel, in contrast, provides the cover to firms and expects them to carry out their own assessment of clients and credit management procedures. Rose says that, in return, Markel’s customers “do not need to be concerned that we will withdraw halfway through”.

However, Markel expects to see its customers exercise very firm and detailed procedures, which some may not have the stomach for. In cases where a customer finds that a client is becoming a worsening risk, for example, Rose says Markel would expect a number of measures from the customer, including decreasing the amount of work done for the client, asking to be paid upfront and “encouraging the customer to switch supplier”.

Another approach to managing the risk of client insolvency is to use factoring, where the debt is effectively sold to an agency. However, Klein says that the fact that agencies take a 10-20% discount out of the debt as their fee is often enough to wipe out any profit.

However, a government scheme to top up credit insurance, launched in April 2009, was widely deemed a flop after low take-up because of its narrow focus, including the fact it did not apply to cases where cover had been cancelled. The scheme aimed to cover £5bn of trade credit insurance but finally only covered 109 policies worth a total of £18.58m and was closed in December the same year.

A Department for Business Information and Skills spokesperson said: “The scheme was introduced as a temporary measure in 2009 due to government concerns during late 2008 and early 2009 as trade credit insurers withdrew or reduced cover during the economic slowdown. Once the trade credit insurance market stabilised, the scheme was withdrawn.”

In all then, the outlook for firms that would like to have the comfort of trade credit insurance is not encouraging. Klein says: “If faced with an insolvency of a client, for most firms there is no escape: they either take it on the chin or go down themselves.”