A slowdown in consumer spend 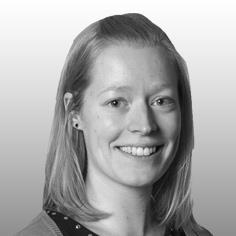 Spending by consumers has driven UK economic growth since the recession, but recent data has shown early signs of a slowdown in activity.

Retail sales fell in the three months to March, according to both the Office for National Statistics and the British Retail Consortium, as inflation has begun to outpace growth in pay. A decreased propensity to spend has clear linkages to willingness to make large purchases such as new houses and build extensions, loft conversions and make other improvements on existing homes. However, the statistics also tell us new home buyers remain ebullient, with demand underpinned by the Help to Buy equity loan.

In Q4 last year, equity loans were used on 39.8% of new build completions, demonstrating the extent of, and even reliance upon, government support for private sector housebuilding. Despite five years of strong growth in retail spending, this has not translated into rising retail construction.

Over this period, expansion plans from the big four supermarkets have been mothballed

On the contrary, output from the sector has fallen by 26% since 2011 as consumer spending habits have evolved. Over this period, expansion plans from the big four supermarkets have been mothballed and there are now reports that Tesco, Sainsbury’s and the like are planning to sell their land holdings for housing developments as new large store plans are permanently shelved.

In the past decade, online retail has accounted for a fast-rising share of total sales and in Q1 consumers spent over £1m per week on the internet, up from £600,000 only four years ago.

So in place of more high street stores, malls and retail parks, construction has been skewed towards industrial warehouses and “big sheds” to cater to the surge in demand for storage and distribution space from online operations. The CPA’s latest forecast envisages an overall slowdown in retail spending and, therefore, both retail and warehouses construction, based on an expectation that rising inflation constrains income and demand.

Nevertheless, with spending financed by credit and consumers continuing to run down savings, there is also the upside risk that this ongoing shift to warehouses construction may intensify if consumers react to rising prices not by reining in spending, but by turning to cheaper online deals..