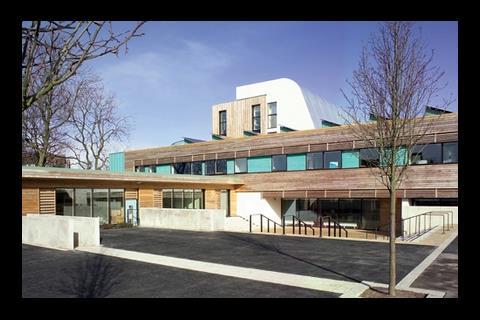 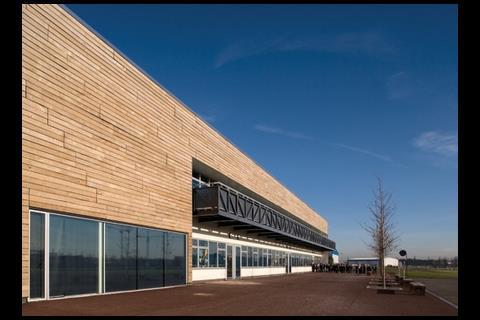 The government’s target is to make schools zero carbon by 2016. Sean Lockie and Ian Butterss of Faithful + Gould and BRE’s Anna Surgenor look at the costs involved in upping their green grades

All major school new-build and refurbishment projects now have to be assessed against BREEAM standards and since February of this year new money has been made available for schools to fund carbon reduction measures. A typical secondary school with a floor area of 10,000m2 might be able to attract an additional £500,000 from the Department for Children, Families and Schools (DCFS) to reduce its carbon footprint by 60% against 2002 levels, equivalent to a BREEAM “very good” rating.

In a recent report funded by the DCFS and the BRE Trust, Atkins’ cost arm Faithful + Gould looked at the costs associated with achieving various BREEAM standards and carbon reduction down to zero – the intended target for 2016.

All major new-build and refurbishment secondary school projects valued at over £2m, and involving rebuilding or complete refurbishment of more than 10% of the floor area, should be subject to a BREEAM assessment.

This investigation of the cost of BREEAM identified the additional capital costs associated with a range of sustainable and low or zero-carbon solutions for a primary and secondary school, demonstrating that large improvements in the sustainability performance of a building can be achieved at modest added cost. As long as credits are targeted early enough, many come cost-free.

The basis of the study were the plans and bills of quantities of a primary and a secondary school that were naturally ventilated, had good daylight factors, were considered to be well designed and had been built approximately to budget. They were then considered in both a good site and a bad site for achieving BREEAM credits – for example, good transport links and using a brownfield site gain extra credits. Costs were assigned to the credits, which were added one by one, cheapest first, until a cost of achieving the various BREEAM scores was known and plotted.

In this article, we look only at the secondary school. For such a school a BREEAM schools rating can be achieved for an additional capital cost of: 1.70%-2.89% for “very good” and 4.57%-8.57% for “excellent”, depending on the location.

The Building Regulations compliant “base case” secondary school building has the following attributes:

04 / towards a zero-carbon school

Currently, the definition of zero carbon is unclear, but should include all the power needed to heat and light the school. We defined zero carbon on the project as including the provision of small power for items such as computers, white boards and projectors at a rate of 5W/m2.

In the future, the number of computers per classroom will increase, but this will be compensated by efficiency increases. Net power use will probably go up.

Between now and 2016 (the proposed date for zero carbon in schools) we can expect the path to the target to become more clear.

The base case school

Our base case school uses natural ventilation for cooling and boasts good daylight factors because of its generous window sizes and room heights. There are no close neighbouring buildings to reduce the daylight factors either, so it is close to being a “best case” example of multistorey design for daylight.

High ceilings, shallow rooms and large windows put up the capital cost of buildings. However the sustainability rewards are substantial:

There is a potential disadvantage, however, that needs the attention of the designer, which is excessive solar gain. The better natural ventilation noted above compensates partly for this, but the addition of shading will be necessary, thereby reducing the daylight factor. Higher windows will require larger more expensive shades.

Options for carbon reduction, such as increasing insulation levels, reducing infiltration rates, dimming the lighting levels according to use of daylight rather than artificial lighting, are compared to the “base case” performance. Finally an option was modelled that incorporated all these features to identify overall reductions.

The main objective of the modelling was to get the theoretical emissions as low as possible before the application of renewable energy to bring them down to zero. Renewable energy systems will be incorporated as additional carbon reductions to the carbon emissions calculated for the design. As the school is naturally ventilated, exceeding any overheating criteria will be addressed by the use of additional external shades.

05 / carbon footprint of electricity use

The most significant conclusion of the building simulation work is that the best way of cutting emissions is to install lighting controls. This is particularly true for the case study school because it already has a high daylight factor, so electric lighting can be switched off automatically for much of the time using daylight (or photocell) controls. As school hours are mainly within daylight hours, electric lighting should only be required at the beginning and end of the day in winter. Yet it is common for schools to use electric lighting most of the time – an area which is ripe for improvement.

In practice, lights will be left on even if daylight is sufficient unless the designer also takes care to improve the uniformity of the daylight distribution. If there are dark patches in the room, even if illumination is already above the required 300 lux, there will be a tendency to turn on the lights.

These are very low emissions compared with what is normally observed, and a good starting point on the road to zero carbon. The discrepancy between theoretical and actual emissions deserves detailed study. Suffice it to say here that it is due partly to hours of use extra to those assumed in the models as standard, failure of lighting controls systems to deliver promised savings, and rising use of IT in classrooms, which exceeds the allowance of 5W/m2.

06 / renewables and low and zero-carbon technology

Using on-site renewables to reach zero carbon creates two separate problems: supplying the heat and supplying the electricity. These can be handled completely separately, although some heating technologies such as biomass-powered combined heat and power (CHP) or ground-source heat pumps (GSHP) can also provide some electricity. As they provide more heat than power, however, they should be sized according to the building heat demand to avoid wastage.

With respect to solar thermal systems, they would only be used for supplying hot water (DHWS) and only form a relatively small proportion of heat supply.

Once the renewable heating system is decided, a renewable electricity source has to be selected. This is simple in that there are only two types: photovoltaics (PV) and wind. Wind generation has limitations of viability depending on local wind resource. If there is no wind resource then PV is the only option.

07 / paths to a zero-carbon school

The zero carbon school will take one of four possible configurations: biomass+wind, biomass+PV, GSHP+wind, or GSHP+PV. There would be some hybrid options such as part-wind part-PV, or solar thermal could contribute some fraction of the heat. The choice of heat and electricity options will depend as much on site conditions and resource availability as on cost or payback.

A particularly simple path to zero carbon would be biomass CHP, but we have not analysed this because it is not yet suited to small-scale applications. Small biomass CHP has low electrical efficiency and therefore low potential to reduce carbon. Being better at producing heat than electricity, it is not a good match to the load profile of a modern school either.

Another path to zero carbon could be via an ESCO but this was discounted from the analysis as being a special opportunity.

With the size for the carbon footprint established through thermal modelling and the strategy for assigning the type of renewable, first to heat and then to provide electricity, we were able to estimate the sizes of plant and then the cost.

The costs of renewables in terms of the amount of carbon reduced were assumed to be as listed (see table below).

These costs are for supply and installation so they exclude profit, contingencies, and prelims.

The use of GSHP results in more carbon emissions owing to electricity used by the heat pump, resulting in larger areas of PVs or larger wind turbines than when biomass is used for the heat.

Three different scenarios for wind generator size were used based on the site wind resource. An average wind resource for feasibility would entail a capacity factor of 20%, but this is an average where wind power is feasible. Below this, wind generation would not normally be considered feasible, which is the case for most schools sites.

In the scenario for the secondary school with PVs and heat pump, there is insufficient south facing roof area to place the area of PV array required. It is puts the cost of the school up by roughly a quarter, so is unlikely to be considered feasible.

So, is zero carbon is feasible at all?

This analysis shows that with certain sites and certain building envelopes it may not be. Ground conditions may make heat pumps non-viable, roof area and overshadowing may limit the amount of PVs which it is practical to install, and a wind resource may simply be too limited to turn a wind turbine for much of the year, not to mention limited funding.

In the case of schools, provided we design for low carbon with high daylight factors, exclude extended hours of use, and model the electricity savings due to photoelectric lighting control, there would appear to be a path approaching zero carbon that could be followed at a cost. As 2016 approaches that cost is bound to come down, as a significant component of the cost of renewables is due to an underdeveloped market.

This is an abridged version of the Putting a Price on Sustainable Schools report published by BRE. The full report is available from www.ihsbrepress.com