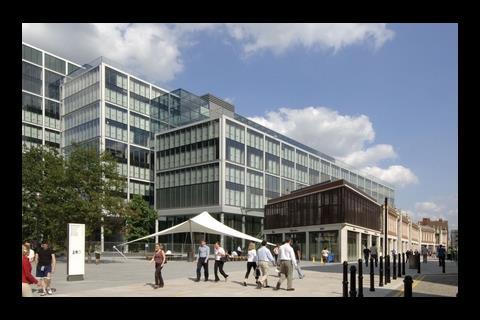 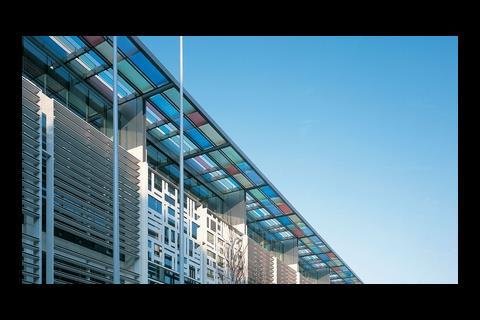 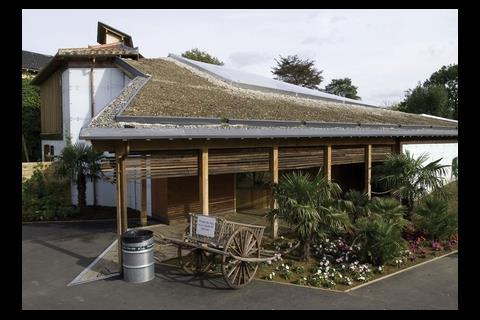 The cost of a building’s envelope has increased 10% over the past 12 months, and a similar rate is forecast for the next two years. Gardiner & Theobald reports on the costs and lead times of curtain walling, roofing and stone construction and restoration

A building’s envelope typically accounts for 15-25% of its cost, which is up to £26bn a year at current prices. The market is set to grow for the foreseeable future, despite the demands of tighter Building Regulations and sustainability rules. The key elements of the building envelope continue to be in demand and the forecast for 2008 is that the demand for stone, curtain walling and roofing products will equal the capacity for their manufacture.

Inflation for the tender price in the UK is forecast at 5% for the year to the end of 2007. A similar rate is forecast for 2008 and 2009. However, research indicates that the annual inflation increase may be lower, owing to the pressure of higher tender prices on the viability of schemes. As development becomes too expensive for projected returns, it is likely that there will be a fall in demand, resulting in a reduction in tender prices.

Demand for curtain walling is set to continue, with prices forecast to increase above tender price inflation. Duncan Smith reports

There has been a steady rise in demand for curtain walling over the past couple of years and the high demand for offices is set to continue. Cladding companies are generally reporting that their capacity for 2007 has been met or exceeded. The forecast for 2008 is that their capacities will be met.

Curtain walling prices are forecast to increase above tender price inflation, owing to the continued rise in material costs, in particular, glass, aluminium and stainless steel.

Labour rates in the UK are predicted to rise over the next couple of years by 10-15% a year; however, these increases could be offset to some extent by eastern European labour. This would be dependent on the growth of the market in workers’ home countries.

The Building Regulations allow designers flexibility when selecting the means of reducing carbon dioxide emissions from buildings. However, the more highly insulated and airtight curtain walling systems are, the more they cost.

Although the cladding design will be determined by the overall building design, the areas where potential increases in price will be encountered are:

The high demand for curtain walling and the shortage of raw materials, particularly glass, have dictated an increase in lead times.

Lead times for cladding contractors is currently forecast at between 30 and 50 weeks, with an average of 45 weeks.

Curtain walling ranges in value significantly and it is advisable to undertake market testing among the specialists you see as appropriate to your project.

It is also critical that site constraints, client expectations, designers’ intentions and performance requirements are considered when putting arriving at a final price.

Steady growth is predicted in the roofing market, boosted by high housing output and government investment in schools and hospitals. Paul Wootton reports

Research indicates that there will continue to be steady but moderate growth in the UK roofing market over the next five years, owing to demand in the commercial, non-residential, public and private housing and repair and maintenance sectors.

Market & Business Development (MBD) predicts a 2% increase in the overall UK roofing contracting market in 2007, with an estimated annual turnover of £1.94bn. By 2011, the value of the market is forecast to increase by 10% at 2006 prices.

The increased use of trade centres, self-storage units, out-of-town retail warehouses, distribution centres and retail developments is anticipated over the next five years, creating further demand for metal roofing.

Stimulus for growth will be helped by government initiatives in health and education. This will include investment in new hospitals and primary care centres – the NHS 2004 spending review set a target of 58 major hospitals and 125 primary care centres by 2008. In addition, the Building Schools for the Future programme will entail refurbishing or rebuilding every secondary school to 21st-century standards in the next 10-15 years.

The market for flat roofing, including felt, asphalt, ply and waterproof membranes is forecast to increase between 2006 and 2011, with overall volume growth of 8%.

A small decrease from 2006 in pitch roofing as a percentage share of the market is forecast, but overall demand is predicted to grow at a moderate rate in the next five years. Growth in private and public housing output is anticipated to be 9% in 2007. Demand for new housing is fuelled by social trends, such as immigration, longer life expectancy and an increase in one person households.

The growth of the tiled pitch roofing market has been affected by the trend for flats, apartment, terraces and mews-style buildings. This has resulted in a smaller average roof size per dwelling, and sales have suffered.

However, Gardiner & Theobald believes the Olympics effect on tender prices will have a limited geographical ripple on schemes; however, large projects on the same delivery programme in the same area may experience an exceptional premium of more than 10% on top of the general annual rate of inflation to tender price.

Construction output relating to the Olympic Games is expected to be evident from 2008.

There is an increasing demand for renewable and energy-efficient design solutions, owing to greater concern for the environment, more stringent legislation, such as Part L of the Building Regulations, and higher demands by local planning authorities.

The benefits of a green roof are:

Stonework, conservation and restoration specialist contractor Szerelmey says this market is growing at a faster rate than the wider construction industry and the UK economy.

Demand is strong throughout the country, but particularly in the London commercial sector. The increasing number of enquiries and requests for budgets, samples and surveys received by Szerelmey indicate that this trend is likely to continue. The UK quarrying industry is also benefiting from the long-term increase in demand, as many planning authorities insist that, wherever possible, original natural stone is used to match existing buildings.

Although the water restrictions introduced during last year's drought hit the stone-cleaning sector, this was temporary and demand is growing exponentially as clients and developers play “catch-up”.

In addition to the usual manpower and materials factors, the lead times for restoration projects are also affected by the need to obtain licences and consents from government and advisory bodies, such as English Heritage. It is therefore prudent to allow a four to six weeks lead time for large restoration project.

The time needed for new-build stonework is largely dependent on the availability of the stone.

Following the initial design and stone selection, stone procurement can be complicated by rigorous stone-testing and the design team and stone supplier agreeing the project range samples. Generally, allow 12-16 weeks for production and manufacture, but be aware that production times can vary enormously depending on the quarry and time of year. It is wise to seek the advice of a specialist contractor early in the process.

For further information please contact Szerelmey on 020-7793 9800 or visit www.szerelmey.com

The cleaning and repair of buildings is a specialist procedure, given the variable nature of stone and its response to the local environment, which means a standard approach is often not possible.

The following details the most common methods of stone cleaning in the current market, with typical specialist costs (excluding access scaffolding) based on a contract valued at £250,000-500,000 and measured to overall facade – that is, including windows.

Treatment by lasers is used where a high degree of control is required on sensitive materials (such as statues), but this method does not appear to provide cost-effective cleaning of substantial areas, and specialist advice should be sought for budgetary purposes.

Typical specialist costs (excluding access scaffolding), based on a contract valued at between £250,000 and 500,000, are as follows:

The descriptions above are for the repair of small areas of stone. The nature of this work means that, in some instances, indicative costs are not available and therefore specialist advice should always be sought.

See table attached below for example costs based upon a typical contract valued between £250,000 and £500,000.