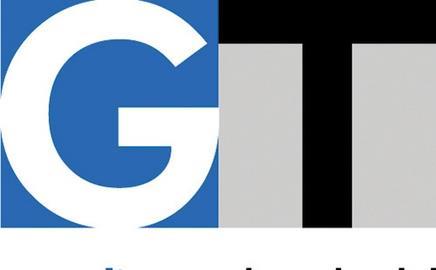 Roofing: In our latest round-up of works packages, Paul Wootton of Gardiner & Theobald says 20% growth is still expected over the next five years

Last year the UK roofing contracting market grew by 6% to a value of £1.9bn, equivalent to about 139 million m2 of roof coverings. Despite the downturn and falling property prices, it is forecast that annual growth of 3-5% will continue over the next five years, which will equate to an overall growth of 21% from 2007 to 2012, reaching a peak of 168 million m2 of roof coverings.

In 2007 metal roofing accounted for half of the roofing market, and about 95% of industrial and commercial applications. Sales of steel roofing in 2007 rose 12% and, despite continuing rises in steel prices, it is forecast that metal roofing will command 55% of the market by 2012. This is attributable to greater use of trade centres, self-storage units and out-of-town retail warehousing, distribution and retail schemes.

Pitched roofing, comprising concrete, slate or clay tiles, commands about 30% of the roofing market, and is used predominantly in the residential housing sector.

In 2007, concrete tiles accounted for 62% of pitch roofing materials, mainly owing to its low cost compared with other pitched roof materials, its durability, its ability to imitate more expensive materials and the fact it can be manufactured in a range of different colours. However, over the past five years, slate and clay tiles have been gaining market share from concrete, a trend that is predicted to continue, with sales of concrete tiles declining by 9% by 2012. This is partly owing to slate and clay being seen by architects as more natural materials, the importing of cheaper Spanish slate, use of new technology to reduce the cost of producing clay tiles and greater emphasis on sustainability.

It is believed that a reverse of recent trends for flats and apartments back to more traditional detached and semi-detached dwellings will result in an increase in the pitch roof market.

The market for flat roofing, including felt, asphalt, ply and waterproof membranes, is forecast to grow 9% between 2007 and 2012. Much of this demand will be in repair and maintenance in the industrial and commercial sectors.

Growth forecasts for 2008 have been revised downwards, owing to economic uncertainty, reduced consumer spending, falling house prices, low mortgage approvals and rising fuel and food prices. This has particularly been felt in retail and residential construction where a number of developments have been stopped. Nevertheless in the long term, output in retail construction and residential housing is expected to rise over the next five years.

Growth will also be stimulated by government initiatives in health and education through investment in new hospitals and primary care centres, with 24 hospitals under construction and a target of 110 open by 2010. The Building Schools for the Future programme entails refurbishing or rebuilding every secondary school over the next 10-15 years. However, the actual number of completions has so far fallen short of the target. By 2011 investment in schools is to rise to £8bn.

Contractors’ input costs have continued to rise over the past year, with continued increases in steel, oil and gas prices. Steel prices have risen 20% from the fourth quarter of 2007.

Continued demand for renewable and energy-efficient design solutions to achieve the government‘s renewable energy targets, will have an impact on the type of roof coverings and insulation specified. Compliance with sustainable regulations will undoubtedly have cost implications

After many years of sustained growth the market is showing signs of softening. Inquiry levels are typically low over the summer, but the number being received was down this year on the same time in 2007. The short-term workload remains solid, but beyond the second quarter of 2009 capacity may open up.

Lead times for conservation and restoration projects remain issues that need significant consideration during planning, as it is essential to allow enough time for detailed consultations with statutory and advisory bodies. Better prepared and well thought-through design information and proposals greatly assist the smooth running of the precommencement and consents stages of a project.

Time can be saved if thorough consultations have been undertaken in advance of any applications being submitted, to enable questions raised to be answered well in advance. Lead times of anywhere between eight and 12 weeks should be considered, to allow proper planning and preparation.

The procurement period for stone is not to be underestimated, and entirely depends on the source and demand for it. Sampling and preparation of particular finishes could extend the precommencement period, so a minimum of 12-16 weeks should be worked into any programme.

It is commonly observed that rates for conservation work often seem high compared with rates published in cost data manuals for commercial projects. Generally this is owing to the detailed requirements of the technical specifications and, in many cases, costs will be inflated by the need to expend time finding stone that perfectly matches the original. For example, a number of restoration projects require searching redundant quarries or similarly difficult sources to replace stones and mortars. This attention to detail far exceeds that required for regular commercial projects.

Other factors that can make cost planning difficult include bespoke specifications from architects and individual philosophies and strategies for repair. For instance, some prefer repairs to be “honest” and visible, whereas others require repairs to blend imperceptibly with the original masonry. As a further example, some will allow the use of power tools, whereas others will prefer all work to be undertaken by hand. These issues must be reviewed and understood to enable accurate cost advice and budgeting to take place.

Examples of some stone repair costs include:

Most bricks today are made in metric sizes, whereas all historic facades use bricks of imperial sizes. As a result, bricks for restoration are often purpose-made. Costs are relatively high, owing to limited production runs. Moreover, the cost of salvaged yellow London stocks has risen to about £2,000 per 1,000 items.

There are many different methods of cleaning a historic facade, some of which will be completely inappropriate, depending on the extent of soiling and nature of the material being cleaned. Consult a specialist for technical information.

The above rates are estimates only and vary from one project to another. For further details please contact k.howes@gardiner.com or robertgreer@payestone.co.uk