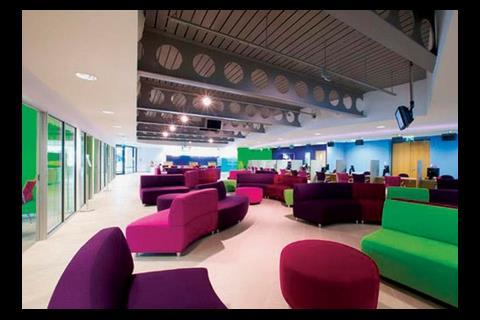 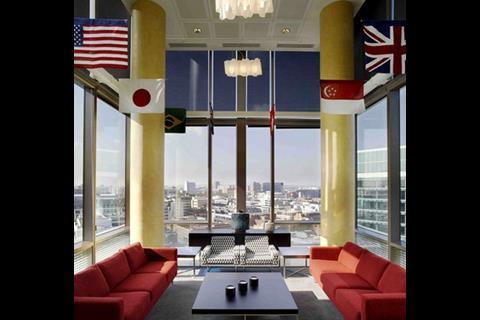 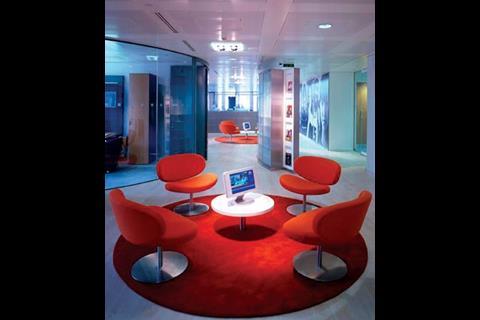 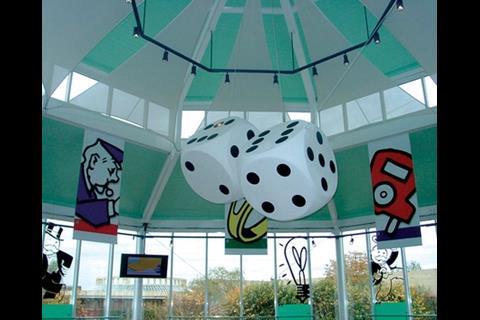 Economic caution has led some office clients to put larger schemes on hold and internet shopping is taking its toll on the retail sector, but landscapers are seeing a rise in activity. Gardiner & Theobald reports

Although order books for office fit-outs are full and large retail developments are still on target to deliver new sales footage, the credit crunch and accompanying economic turmoil mean an uncertain year lies head for the fit-out markets, and lower demand could catch up with contractors towards the end of the year.

The market for soft landscaping has improved, with tender competition remaining intense. Activity in this sector is expected to hold up over the remainder of 2008.

Competition is up in a quieter market, say Gavin Murgatroyd and Sarah Leech

New orders in the office fit-out market decreased in the past quarter because of a lack of confidence among corporate occupiers following the US sub-prime lending crisis and the advent of the credit crunch. A few large projects have been shelved for the immediate future but enquiries have risen since the start of 2008.

Any easing-off of demand will not affect contractors just yet, as their order books are still full from the boom of the past two years. This should keep them going for most of this year, but the slowdown may catch up with them by the final quarter of 2008, which will result in a change of attitude towards tendering – contractors will no longer be able to pick and choose projects.

Small, simple projects are at present favouring single-stage competitive pricing, with some very good buys. For larger projects the preferred procurement route for contractors is still a two-stage tendering process to secure resources and integrate teams faster. However, careful consideration should be undertaken before using this approach because of the increasing competition with single-stage procurement.

Issues affecting the cost of office fit-outs are as follows:

• Proportion of cellularisation as opposed to open-plan space

• High-specification areas, such as meeting rooms, restaurants, gyms and auditoriums

• Amount of work required on the base building, such as quality of reception area and level of upgrade to services

• Future churn, with regard to demountable partitions and flexibility of the space

• Dealer floors and associated IT, which are high-cost items that significantly increase overall fit-out costs

• Procurement route chosen: negotiation incurs a cost premium to balance against programme and certainty of delivery.

Under the new EU buildings directive all buildings will require an energy performance certificate, and new buildings and refurbishments will be subject to European energy-efficiency measures. The detailed requirements are not yet known, but any sustainability measures may have cost implications. Let’s hope there are enough competent assessors available to certify the buildings.

A lot has been said in the industry press in recent months about post-occupancy evaluations (POEs). They are particularly important for office buildings, because employee satisfaction affects productivity at work and therefore profitability. The results of these evaluations may lead to new fit-out standards, but the overall impact will become apparent only when POEs are being carried out more frequently.

As corporate social responsibility comes into the limelight, the use of green leases within the office market is likely to increase. Green leases place obligations on the landlord and the tenant to work together to ensure that a building is operated in a way that will minimise its environmental footprint.

Provisions for fit-out requirements can include metering, recycling, waste management and restrictions on materials used, with penalties for failing to carry out these obligations. The Australian government has introduced a legally enforceable management framework, the green lease schedule, and the UK may not be far behind.

Food retailers continue to expand but they are the exception, says Tony Farmiloe

You can hardly open a newspaper without being bombarded by the latest poor retail results, with only the odd exception. The City’s reaction, valid or otherwise, has added to the pain.

But there are a couple of plus points to set against the bad news. First, food retailers have generally not suffered as badly as non-food retailers, with Tesco and Asda among several announcing continued expansion. Second, large retail schemes are still on target to deliver 10 million ft2 of new sales area in the coming year, and this will need fitting out.

These factors may soften the impact of the bad financial results among retailers, and there is some evidence that some retailers, have just reduced their plans for the year ahead, rather than stopping planned expansion or modernisation work.

Ultimately, the credit crunch and the economic turmoil it has brought make for an uncertain year ahead. However, given the recent suffering from professional and trade skills shortages, an easing of the workload might not cause disastrous results in the short-to-medium term.

These typical costs for a range of store types exclude shell-and-core alterations, and focus on fit-out. The cost of direct supply items such as visual merchandise, tills and telephones are excluded as price varies depending on the retailer. Some retailers procure these items in bulk with large discounts and issue them to their contractors for installation; others prefer to buy through their contractors. The figures also exclude lifts and escalators (with the exception of department stores) and fees.

Sustainability is a hot topic for everyone, and retailers are driving the subject harder than other clients. Their interface with the public gives them a privileged platform from which to influence how we all live our lives and their position as clients to the construction industry means they can help direct the way it conducts its business.

Most large retailers have sustainability agendas covering not only their retail activities but also the procurement, construction and performance of their buildings. A prime example is Marks & Spencer’s “Plan A” initiative, which incorporates a 100-point eco-plan and covers items from reduction of waste to the use of sustainable materials.

Sustainability will become a standard part of our working lives, to be ignored at our peril. Anyone that has not yet achieved environmental accreditation under ISO 14001 should probably start looking into it.

Internet shopping is always a hot topic but it is more relevant now than ever. The Office for National Statistics reports that sales volumes for non-store retailing rose 8.2% in the three months to January. This provided a bright spot in the otherwise poor retail returns but may point to even worse times ahead for high-street retailing.

Direct purchase by clients is another hot topic. More clients, especially those with large programmes of work, are looking to exercise their buying power and directly procure more of the items included in their construction works. This can add an additional logistical burden to the client in arranging delivery to coincide with the works being carried out or organising storage facilities until items are required. There is also the question of who takes responsibility for quality control.

On the cost side of this equation, although large savings can be realised, the commitment to a particular large quantity of materials can restrict flexibility. How direct costs are covered within overall project accounts differs from client to client, so when benchmarking costs it is necessary to ensure that comparisons are made like for like.

The market for soft landscaping improved in 2007 after a relatively quiet 2006. However, tender competition remains fairly intense, with rates and prices hardly moving over the past 12 months.

The landscaping market is an area where the influx of eastern European labour has contributed to keeping prices down. Labour rates have moved at little more than 3% over the past 12 months.

Landscaping contractors report that the costs of tendering are rising. With the quality of tender information declining, there is a greater onus on design input from the contractor and post-tender value engineering is almost always required. However, notwithstanding any fallout from the credit crunch, tendering opportunities and activity are expected to hold up over the remainder of 2008.

The cost of landscaping projects being undertaken has increased by about 5% over the past 12 months, with soft planting schemes experiencing a rise of 3.6% and hard-paving installations increasing by 5.8%.

Overall, if there is no sudden collapse in orders for new landscape works, price increases for the remainder of 2008 should be in the range of 5% to 6%. However, in the longer term, if it turns out that the economy is beginning to slow, then that rate could decline in 2009.

• Good quality business or science park On a 100-acre scheme you might expect to spend £1.7m or £17,000 an acre on infrastructure planting and landscaping, 1% of the project value on soft landscape planting and a further 1% on footpaths, paved or terrace areas.

• Major retail scheme On a large retail scheme you might expect to spend 1% to 1.5% on items such as water features and public spaces.

• Residential schemes On a large residential project you might expect to spend 1-1.5% of the total construction cost on landscaping planting and hard landscaping.

The mild temperatures so far this year have introduced a high risk factor in continuing to plant bare-rooted shrubs, particularly in potentially waterlogged ground. Container growth material eliminates some of the risk, albeit at a financial premium. Continental plant material is still readily available although probably not at the excessive discounts of 2006 as surplus stock was being cleared.

With options such as green roofs or reed beds for sewage treatment, landscaping can have a real impact on sustainability. Most sizeable landscaping schemes are expected to accommodate grey water recycling systems or underground tanks with pumps or ponds.

A recent trend has been to specify plant material with a greater tolerance to extended dry summers followed by wet winters. The Mediterranean garden will become a more common feature of soft planting displays of the future.

In addition, heavy rainfall and the severe gales of March have left many sites waterlogged and damaged, causing problems for the landscaping industry. Many early daffodils have been lost to the weather. However, most recent weather forecasts suggest higher summer temperatures for 2008 mixed with heavy rain. These combined conditions can assist the establishment of soft landscaping.