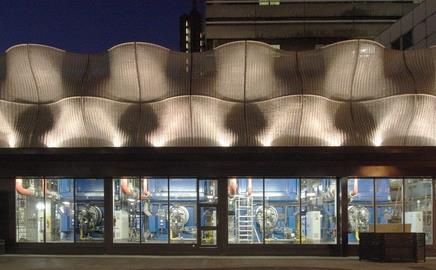 Gardiner & Theobald looks at recent changes in the rapidly evolving and increasingly high-tech world of services, from engineering services to lifts and IT systems

Generally the mechanical, electrical and plumbing (MEP) market is buoyant, thanks to government investment in transport, health, defence, schools, infrastructure and utility upgrade projects, and private sector investment in the commercial sector.

Across the industry, lack of resources and rising raw material prices continue to cause concern. Meanwhile, compliance with sustainability legislation and energy monitoring requirements are likely to dominate the sector’s agenda for the foreseeable future.

The lift and escalator market is still dominated by the five large lift makers. The main trend is for user monitoring and control, such as hall call destination technology.

The information and communication technology (ICT) market continues to evolve, with a shift towards a more integrated single network. ICT elements generally include everything from the mainframe servers and equipment to the interconnecting cable infrastructure and desk outlets that make up a complete data, telecommunications and media network.

The building services element of the construction industry is estimated at £21bn and is divided into five sectors: housing (15%), infrastructure (10%), private industrial (5%), other public non-housing (30%) and private commercial (40%). The nature of the sector means it is diverse and it tends to be categorised into consultants, contractors and manufacturers.

Fee levels remain competitive across consultancy. Tender prices have increased greatly over the past 12 months, with few contractors willing to provide long-term fixed-priced costs and some manufacturers unwilling to fix costs for longer than three months.

Contractors generally work on a small-to-medium profit margin. The top 20 contractors control 25-30% of the market.

The M&E manufacturers’ market is relatively small in nature, often working on a low profit margin. It relies on multiple subcontracting and is normally separated into discipline-related specialisms.

The renewables market has offered manufacturers an opportunity to introduce new products, technologies and services and they are currently filling a sizable knowledge and technology gap in this market.

A quarter of current projects claim to use 3D modelling. However, with the introduction of the new Part L requirements, early stage 3D dynamic modelling will need to be undertaken. At present, these two systems are standalone, and as far as we know they are not compatible, so it is surely only a matter of time before they become integrated and developed. The aim would be to have a fully integrated model that is built up as the design progresses in a virtual world. It will be interesting to see how the industry copes with virtual design.

Virtual modelling helps designers to comply with Part L of the Building Regulations, particularly with regard to airtightness, the formulation of suncast studies and occupant comfort. It will also help to increase efficiency, improve co-ordination between parts of the project team and reduce on-site costs.

In the current climate, early contractor input, the desire to transfer risk and early cost certainty have never been so critical. Therefore, design-and-build, guaranteed maximum price and negotiated procurement routes are increasingly fashionable.

Early contractor, supplier and manufacturer engagement is becoming popular, as is tying second and third-tier suppliers into an agreement as soon as possible. Early negotiation with the trade is seen as the preferred choice across many different sectors. This has mainly been fuelled by the need to ringfence the best resources and costs at as early a stage as possible.

The aim of the comparison is to give an indicative view of the range and likely value of engineering services projects. On average, these range from 20-50% of the total cost capital of construction.

All costs are based on projects in the South-east and London with prices current at the second quarter of 2007. Figures are given for guidance only; adjustments must be made to account for variations in specification, location, procurement method, programme and market conditions.

It is also important to mention the fluctuation and uncertainty of the cost of raw materials, with copper and nickel the most relevant to the M&E industry. The implications of these rises will ripple through the industry and the effects should be carefully monitored.

Jonathan Kaye looks at the advent of motor-roomless lifts, hall call destination and the impact of Chinese steel consumption on costs

The lifts and escalators market remains dominated by five large lift manufacturers, however growth in the smaller and bespoke companies is evident, with the increase in fit-out and refurbishment projects and the implications of complying with the Disability Discrimination Act filtering through the industry.

Site lines, cheaper installations and easier maintenance have seen the low to mid-rise market being dominated by motor-roomless (MRL) lifts.

The drive for efficiency and a reduction in the size of lift shafts in high-rise developments has resulted in an increase in the use of double-deck lifts. The adoption of user-monitoring and control, sometimes known as hall call destination, is also increasing. To use this system, passengers input their destination using keypads or touch screens strategically placed throughout lobby areas. The system will then direct each passenger to a designated lift car that will take them to their desired floor. This reduces the rush to each arriving lift, thereby improving lobby traffic flow.

Since 2004 the number of lift and escalator units produced in the UK has risen 29% from 7,000 to 9,000. Industry sources expect this to increase by as much as 12% by 2009 because of the increase in relevant residential and commercial work.

The largest sectors by contracts awarded at the end of 2006 were residential and commercial.

Lead times for bespoke lifts on major projects remained constant at 38-39 weeks from the end of 2001 up to the first quarter of 2007. Contractors have recently indicated that lead times could increase to 42 weeks. This is because of increases in mobilisation, design and manufacture periods, which in turn reflects the pressure that a strengthening UK construction market is placing on the UK lift and escalator sector, as well as external pressure from the construction boom in China. This is affecting the cost of raw materials but also shortages of components such as hydraulic equipment or motors.

Smaller bespoke schemes have lead times of between 32 and 35 weeks. However, standard lifts incur a wait of 16-22 weeks.

Lead times for escalators on major projects remained constant at 22-23 weeks from the end of 2001 to the first quarter of 2007.

The lift industry is being affected by increases in steel prices because of the growing demand in China. Steelwork prices are estimated to increase up to 8-10% per year. This may affect prices in the lift industry around the world.

The costs given below are typical lift and escalator costs. Lift costs are determined by passenger capacity, speed of lift, number of floors being served, the type of fire fighting system installed, type of control (for example, motor-roomless, hydraulic or traction), the internal and external finishes and the physical restrictions of the project. When designing, one person equals about 75-80kg of load.

Scenic lifts are generally twice the cost of the non-scenic lifts, subject to design intent

Double-deck lift installations range from about £800,000, subject to design intent

External escalators are generally twice the cost of the non-scenic lifts, subject to design intent.

Technology continues to accelerate in this sector as well, thanks to breakthroughs in SED and flexible screens

The main change in the ICT market is the shift to single data networks. These include the traditional building services elements, such as CCTV, access control, Building Management Systems and telephones. They also includes the traditional ICT services, such as data cabling, video conferencing, email and other audiovisual services.

This change has been brought by the consolidation of the infrastructure side of ICT. This single network infrastructure should now be considered as a basic utility, and managed as a single entity.

The outcome of this change is that technology requirements to provide centralised ICT services must be considered early in the design process. This will ensure that the appropriate data and power required can be installed in the correct place and in the correct phase of the construction project.

The trend for centralised equipment allows clients to use minimal interface, or “thin client”, systems to adapt the network to their needs. Two environments where this trend is growing rapidly are education and healthcare. This flexibility allows reduced costs and can increase security of service.

Surface-conduction electron-emitter display (SED) is a flat screen technology that uses, in effect, a separate cathode ray tube for each pixel. It provides a high contrast ratio, high energy efficiency and have a low response time of 1ms.

This means that fast moving images will not be prone to motion blur and blacks will be truly black.

SEDs provide the features of a high resolution cathode ray tube with the added quality found in plasma panels.

Toshiba and Canon are targeting the 2008 Olympics as the point at which SEDs will become available to the public.

Flexible screens have been around for decades. However, they are only now on the verge of becoming a mainstream reality.

Commonly known as e-paper, they are finally reaching a stage where they could be turned into affordable products for viewing information. As flexible screens do not need backlights, their developers are hoping they will eliminate the power-hungry LCDs that dominate the notebook computing market. Flexible displays are already in the market in handheld e-books, which allow hundreds of books to be downloaded onto them, and mobile phones whose screens do not break when dropped.

The following table provides average lead times for typical components; these have been sourced from a number of large manufactures to provide guidance when considering the implications within a construction programme.

With the rise in mobile computing as opposed to desk-based systems, the total cost of ownership of equipment can escalate quickly as these devices are subject to more wear and tear than a traditional desktop PC. However, the benefits gained from the flexible working often outweigh these costs.

Copper costs are continuing to affect the cabling markets, with the cost of copper increasing by 210% since February 2004.

With this in mind, it is wise to ensure that cabling contracts are placed as early as possible in the construction programme and that the costs are fixed for the duration of the contract.

This is becoming more and more critical as project budgets are being overstretched by the increased costs of base materials.

The first table found below provide a overview of the cost benefits of a VoIP system compared to a traditional system.

Another trend within the market, as mentioned previously, is to use wi-fi technology where practical. The second table compares the costs of a wired network against the cost of a wireless network. Note that the bandwidth of the wireless network will be less than 0.05 of the wired network and therefore should only be used where high speed or large data transfer is not required.