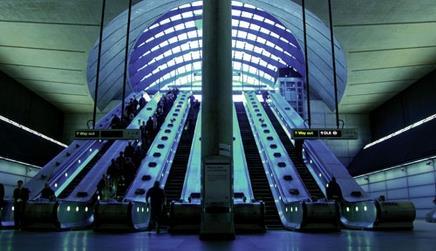 Luxury residential and public sector projects are keeping the M&E, ICT, lifts and escalators markets buoyant but the rising costs of materials are starting to have an effect.

The M&E products market seems to be slowing down, especially within the banking and commercial sectors. The only types of scheme that seem immune to the credit crunch are luxury residential developments and public-sector projects in transport, health, defence, schools, infrastructure and utilities.

Lack of resources, the rising cost of raw materials such as copper, steel and aluminium, and the daily increase in the oil price have all affected project costs. There are also additional costs linked to compliance with sustainability legislation and increasingly stringent government targets on energy efficiency.

In the lift and escalator sector, emerging technologies are proving appetising for clients without them having full knowledge of the finite costs.

The ICT market, meanwhile, is gathering pace, with increasingly advanced technology available to the everyday user. Data storage is becoming much cheaper, while transmission speeds are accelerating, partly as a result of the general use of category 6A cabling.

ICT - The ICT products market has yet to show the effects of the global downturn, says Grace Mair

The market for ICT installations remains healthy, despite softening market conditions in the commercial sector. It will take some time for slowing office demand to feed through to this sector, plus, as this is required in such a wide range of sectors, a downturn in one area won’t have that much impact.

There is also a healthy market in upgrading existing systems to take advantage of fast moving technology changes.

Costs for ICT installations are rising as the speed of networks improve. There is a move away from slower category 5e and 6 network cabling to category 6a, which can handle more data. This means data can be transferred at up to 10 gigabits per second. It also means bigger cables and larger cable trays for the wiring. This can add about £120 per workstation to the costs of an installation. Category 6e cabling is now being widely used, including in schools.

Storage device capacity has increased to the point that it is now measured in petabytes (1,048,576 gigabytes = 1 petabyte). This enables vast amounts of data to be stored, which is ideal for businesses that want to store lots of space- hungry media such as high definition video. This is being marketed to the security, surveillance, petrochemical and pharmaceutical sectors.

Transmission speeds have also improved. High definition video needs a network that can deliver the data quickly to the desktop. Until recently the equipment that routes signals that distributed the signal was the main limiting factor in the speed of a network. The development of photonic (light based) integrated circuits within switching equipment has made a big difference to speed. For example the manufacturer the Infinera Corporation has recently demonstrated that data can be transferred at rates of up to 400Gb/s, much faster compared to the standard 10 Gb/s.

Most ICT components can be obtained in between two and four weeks, except large voice switches, which can take up to 12 weeks.

The price of copper has continued to rise – by approximately 45% since May 2007 – causing a rise in the cost of IT equipment and cabling. Therefore, it is important to fix the price of cabling as early as possible and for the duration of project, as a sudden increase in the cost of copper will have a significant financial impact. In addition, category 6A cabling will attract a premium until it is more commonly used.

The cost of average cables are as follows:

05 / Cost of a wireless network vs wired network

The lifts and escalators market remains dominated by the five large manufacturers, but growth in the smaller and bespoke companies is evident.

Workload, lead times and orders remain solid despite the effects of the global downturn and rises in raw materials prices. Since 2003 the number of lift and escalator units has risen steadily from 7,000 to more than 9,000.

However, sources says that with the slowdown in the residential and commercial sectors, they will have to be cautious in 2009.

One of these is the hall call destination system, which uses information entered by passengers to group them by common destinations, thus minimizing the number of stops. The system monitors passenger demand, origin and destination and implements the most effective movement strategy, then directs passengers to designated lifts. This allows the system to better accommodate changing traffic patterns throughout the day. This alleviates confusion and reduces rush.

Double deck or twin lifts systems are also rising in popularity. These allow buildings to use 30% fewer lifts, which increases the useable area. They are most suitable for buildings with high floor populations since they can handle a high capacity.

Lead times for bespoke lifts on major projects remained constant at 31 weeks from the end of 2007 to the first quarter of 2008. Contractors had previously indicated that lead times could rise, although no evidence of this is available. Lead times for mobilisation, design and manufacture periods remain constant. This reflects the position of the UK construction market and the slowdown in the residential and commercial sectors. The UK lift and escalator market is particularly susceptible to raw material price rises, as most components are steel. Also shortages in hydraulic equipment, motors and labour have kept prices rising and lead times constant.

Smaller bespoke schemes are seeing lead times of between 32 and 35 weeks, however standard lifts lead times remain between 16 and 31 weeks.

Lead times for escalators on major projects remained constant at 21-23 weeks from the end of 2007 up to the first quarter of 2008.

Lift, escalators and travelator costs: The costs given on the right are standard typical lift and escalator costs. Lift costs are determined by a number of categories, these being passenger capacity, speed of lift, number of floors being served, fire fighting, type of control, that is, machine room less, hydraulic, traction, internal and external finishes and the physical restrictions of the project. One person is taken to weigh about 75–80kg.

Building services account for a rising share of project costs, as increasingly sophisticated technology is used in modern buildings. The building services element of the UK construction industry is worth about £25bn.

Buildings have become semi-intelligent. Users have full control over every services item, which means energy use can be optimised to extremely tight parameters. New legislation and government targets on energy efficiency have made it difficult to install lesser building systems. The industry is being pushed into installing plant with increasing levels of control and efficiency, driving up expenditure.

Since the new Part L of the Building Regulations came into force in April 2006 at a time of increasing environmental awareness, there has been a trend towards metering of all services coming into a building and sub-metering to each tenant. This trend is driven not only by Part L but also by the rising need for occupiers to monitor their energy consumption.

A compromise must be reached between sophisticated building services and keeping down expenditure. Cost can easily become excessive, with little added benefit to the client apart from being seen to be green.

We are seeing a move away from design and build to more traditional routes of procurement. One reason is that clients often gain little financial benefit from the design-and-build route, as contractors can be unwilling to commit to a fixed cost until the design is almost complete and then may require a large sum to cover risk. This removes any financial advantage from taking this procurement route.

However, design and build still has other advantages, such as that the client hands over the full design responsibility and risk to the contractor. This procurement route works best if the client’s requirements are clear and precise from day one, as it is expensive to make client changes further along the line.

Raw materials costs are more volatile than ever, with copper, oil and steel prices at record highs. Copper is one of the main components of pipework, cabling, switchgear and transformers and hence, is intrinsic to the M&E sector. It makes up about 10.8% of the M&E budget for an average project, so price fluctuations in this area can be a key in preventing contractors agreeing a lump-sum price for a contract.

The price of copper has increased some 31% since December 2007. There are troughs and peaks, but generally it’s on an upward trend.

Following market research it is apparent that M&E preliminaries and overheads are creeping up and should no longer be deemed to be included within the rates when preparing a cost estimates. For instance, preliminaries are averaging 14.40%.

The aim of the comparison is to give indicative views of the range of likely costs for engineering services works, which on average range from 20% to 50% of the total capital cost of construction.

All costs are based on projects in the South-east and London, with prices current at 2Q08. Adjustments must be made to account for location, as well as for variations in specification, procurement method, programme and market conditions. Figures are given for guidance only.