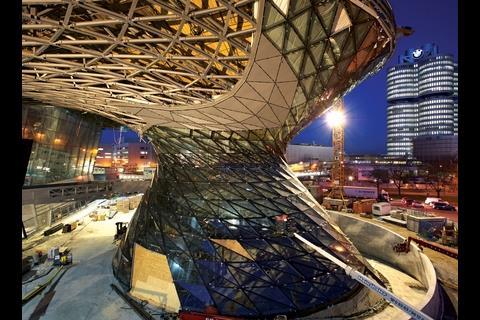 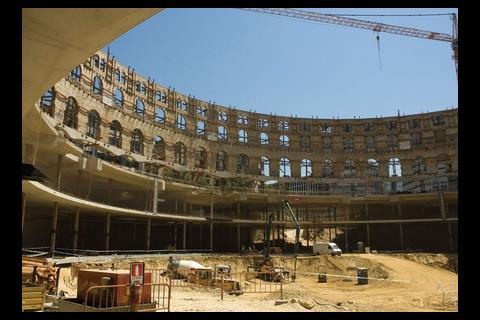 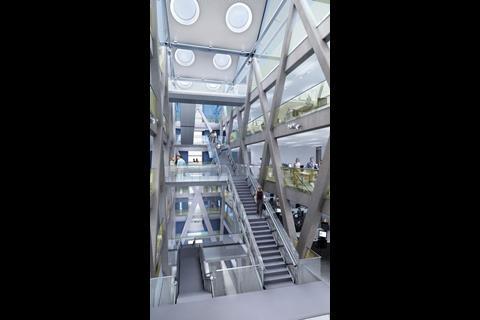 Fashion giant Monsoon’s headquarters in Notting Hill, west London, is held up by a concrete latticework – without a vertical column in sight 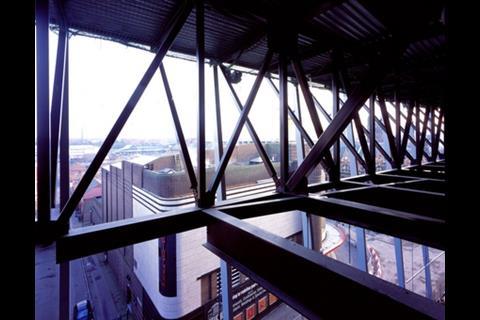 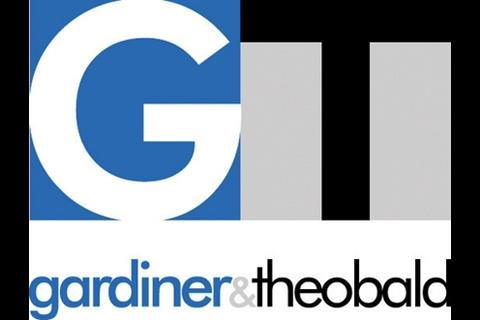 The credit crunch has led to the cancellation or postponement of some schemes, but the year ahead is still looking buoyant across the sector. Gardiner & Theobald report

Despite concerns about a slowdown, the three key structural elements of construction – piling, concrete frames and structural steelwork – remain in great demand.

Piling contractors experienced an increased turnover throughout 2007, with targets being met and often exceeded. The concrete market has remained steady over the past 12 months: order books were full in 2007 and 2008 is looking buoyant, with contractors reporting 40-60% secured workload already. Meanwhile, the price of fabricated structural steel rose by 8% in 2006 and 7.2% in 2007, and is forecast to continue to rise in 2008. As the 2012 Olympics approach, steel costs are forecast to rise 5.9% in 2008 and 6% in 2009.

Meanwhile, there are some general themes that appear to be affecting all areas of the structures market. The credit crunch has led to the cancellation or postponement of some schemes. Improving productivity, sustainability, and health and safety along with the continuing skill shortages remain challenges for the structures market. 2008 is set to be another very busy year.

Turnovers are up across the sector as demand remains high. Paul Hudson reports

The credit crunch has affected many areas of business, with the cancellation or postponement of some schemes and the rescheduling of start dates as clients monitor its impact. Despite this, piling contractors generally increased turnover in 2007. Early signs indicate this will continue in 2008.

London and the South-east appear to be the areas with the strongest concentration of work. Most piling contractors cover all regions.

The bigger players in the piling sector tend to be divisions within large contractors, while the rest of the market includes piling companies that own other smaller specialist piling firms.

The buoyant construction market has favoured piling contractors. An example of this is the investment in new replacement plant and equipment. In some cases, plant is replaced every 2-5 years on a rolling replacement programme. New machines boast high-tech computerised equipment capable of greater efficiency, increased output and a reduced operating sound frequency.

Material inflation for piling contractors is sensitive to increases in concrete and steel reinforcement (in the case of sheet piling, steel only). Global demands on those materials have continued to rise at a rate of 5% for concrete and 14% for steel. However, a number of piling contractors are forecasting an average rise of 5% across the sector in 2008.

Regarding labour resources, 2007 has seen piling contractors employing an average of 98% direct labour.

The lead times for bored and precast driven piles remain unchanged from last year at about five to six weeks. For steel sheet piling, the lead time has been known to extend up to 17 weeks.

Last year there was an increase in the use of geothermal piles and ground sourced heat pump systems. As the field broadens, piling specialists are advancing this subject. Other measures adopted include energy efficient plant and machinery.

Piling re-use is still in its infancy in the UK but examples are known in Europe. For this process, existing piles are thoroughly tested to ascertain their loading capacity and a design solution sought (See the BRE handbook Re-use of Foundations for Urban Sites – RuFUS). This method reduces the use of new materials; however, the suitability of the piles cannot be ascertained until after demolition and breakout of ground slabs.

Further measures include supply of materials and on-site manufacture of reinforcement cages, which reduce deliveries.

The concrete market has remained steady over the past 12 months and is looking buoyant for 2008 with contractors already having up to secured 40-60% of their workload.

Reinforcement prices are still subject to fluctuation causing reluctance among contractors to provide fixed prices at tender stage on this element of work until firm orders are placed.

The annual January price increase will see the cost of concrete increase by about £7-10/m3 to give a basic C40 concrete average price of £80/m3.

Typical “all in“ estimating rates inclusive of trade preliminaries and overheads and profit for C40 concrete for a typical concrete framed building are as follows. The rates have been expressed as a range to reflect ease of placement, quantities and complexity of design.

Reinforcement still remains a volatile commodity. The average net price is £450/t. The range of costs for supply and fix of reinforcement range from £800/t for T32 bars up to over £1,000/t for T10.

The average lead time for insitu concrete frames remains reasonably static, at five weeks from the time of order ,with the primary factor in determining this being the procurement of steel reinforcement.

The use of cement substitutes is becoming more widespread within the industry; at One Coleman Street in London, 70% of the cement used was produced using secondary materials; the contractor used Stent, which is a byproduct of china clay and thus avoided using natural materials such as sand or gravel in the mix. It is likely that the use of Stent (which is a waste granite rock material that has been separated from the china clay by high-pressure water jets) will become more widespread in the industry.

The price of fabricated structural steel rose by 8% during 2006. Analysis of the tender price trends from data collected in Gardiner & Theobald’s survey of the structural steelwork industry in the first quarter of 2007 shows a further uplift of 7.2% for 2007. The latest prediction is that steel prices will continue to increase. As the Olympics approach, rises are forecast at 5.9% for 2008 and 6% for 2009.

When compared with the general building tender price index, price rises in the structural steel sector have outpaced the building industry since 2006, though the gap with the general building market has narrowed nominally from 2007. For instance, in the South-east, building tender prices rose 4.5% over 2006 and 5% over 2007 and are expected to have a rise of 5% again in 2008. In the same time period, the steel price had gone up by 8% in 2006 and by 7.2% in 2007, but is anticipated to cool down slightly to a rise of 5.9% in 2008.

The information specifiers need to know is the time between placing an order the start of delivery of steelwork to site and commencement of erection. Obviously this varies according to the size and complexity of the project. From the survey, the period from receipt of order with full information to start of delivery is about 8 to 12 weeks, built up as follows:

The effect of China on the UK structural steel market is to lessen, as there are reports that China has become self-sufficient in steel production. This does coincide with one of the findings from the survey: that some steelwork contractors had already cited an increasing supply of manufactured steel into the UK from China.

The results of the survey indicate that the structural steelwork market is likely to get busier. One third of the steelwork contractors who responded stated a 6-10% increase in the value of orders compared with their workloads six months ago. In addition, two thirds of the steelwork contractors stated that orders were already 50% to 60% of their capacity after the first quarter of 2007, with one-third reporting orders at almost 100% of capacity. These factors will bring a degree of speculation on steel price to the sector.