Spotlight: How hard will the credit crunch hit? 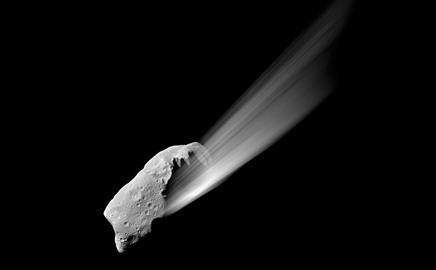 Demand is low, unemployment is up and so are stockpiles. Prepare for a deep impact

The full impact of the credit crunch on the UK construction market is only just beginning to emerge as, over the past six months, the global economy has turned on its head. According to the December inflation update produced by Sense: “The speed and severity of the deterioration in the economy is without precedent in postwar Britain.” This article looks at the impact this has had on lead times over the past year and what the implications are for the next few months, The aim is to help readers plan future projects.

The demand for new work in the UK construction industry declined by 15% in the first three-quarters of 2008 and the continued weakness of the consumer sector and a saturated office market are forecast to keep demand low during 2009.

The industry began to see the impact of reduced client demand in early 2008; projects that were still in the preconstruction phase were reviewed and many were placed on hold. As previously reported here, trade contractors had a full order book and were still reporting rising lead times, and labour and materials were still in short supply. With an eye to changes in the future market however, trade contractors were beginning to forecast uncertainty in the longer term but remained optimistic that projects were only being delayed and would stay on the order books and start in the near future.

The rapid changes in the economy during the second part of 2008 were not generally anticipated and as most clients in the commercial and retail sector worked to mitigate the reduction in the demand for commercial office and retail space, many projects quickly moved from the “delayed” to the “cancelled” category and construction order books fell. This caught many trade contractors off guard. By the second quarter of 2008, they were forecasting that as previously secured work came to an end later in the year, capacity would increase and lead times would reduce.

For many sectors, the full impact of the downturn began to hit home in the third quarter of 2008 and many businesses realised that they had overcapacity and needed to take steps to reduce their labour resource to reduce the financial impact. As a result, in the three months to September, there was a 5.8% rise in unemployment in the UK, the highest level for more than 10 years. The UK construction industry followed this trend and was one of the first sectors to be affected. Forecasters are now predicting that as many as 400,000 construction jobs could be lost across the UK over the next two years.

Some clients are realising that in a falling market, they are able to re-tender work to get a better price or insist on more details

In an attempt to offset the need to reduce staff levels, many trade contractors are diversifying their offering to broaden their portfolio of services and increase their marketing in new sectors and regions to try and maintain turnover levels. With fewer projects on offer, the bid win rate has decreased. As a result, bid teams have to do twice as much work to secure each project. This situation has been compounded by some clients realising that in a falling market, they are able to re-tender work packages to get a better price or insist on more a detailed breakdown of the bid to help them renegotiate the price. Estimators, planners, buyers, engineers and designers are therefore busier and in some cases have fewer resources available for the preconstruction phase, which places additional pressure on their lead times.

Lead times are also affected by the availability of materials, specifically the level of production and the amount of stock. With material producers under the same economic pressures, the impact on lead times are similar. For example, in early 2008, the steel industry was hit by oversupply, which led to increasing stockpiles as production failed to fall to fit in with the pace of change. As a result, lead times for the delivery of steel improved.

Then, between September and October 2008, global steel production went down by 6.9%. This is forecast to continue; Corus is planning to scale back production by 30% though to March 2009. With stock levels and manufacturing output reducing, the lead times for steel supply will increase and return to the original level.

Brick makers were also caught out by the rapid downturn in demand, and this also led to the build up of large stockpiles. Although the impact on prices has been well reported, it has reduced the lead time for the delivery of bricks. As production is scaled back, lead times will once again begin to extend.

It is not possible to forecast lead times for the supply of materials in the UK market without considering other global factors, as reported in the previous Spotlight on Steel article. For example, China is stockpiling steel in an effort to maintain output and employment levels and this will have an effect on the lead times for steel delivery.

Many clients will see the falling workload as an opportunity to secure lower prices and shorter lead times from their supply chains. Trade contractors will also feel under pressure to reduce lead times to improve their offering and help secure more work. However, although delivery dates may be brought forward in the short term as trade contractors and material producers deal with their overcapacity, the longer-term picture is that lead times will return to their normal levels.