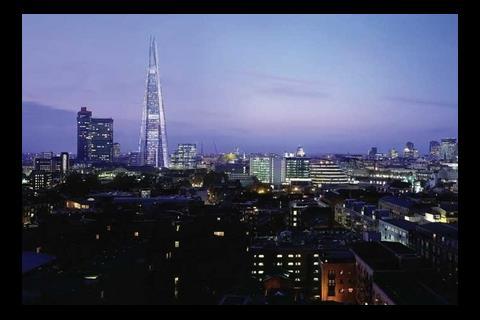 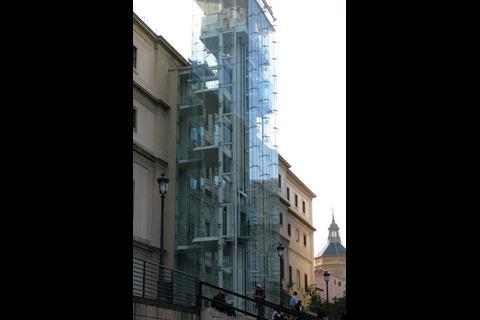 The complexity of lifts can vary immensely, which means that their lead times do the same. Here Brian Moone looks at what’s involved – with special reference to the lifts at one very special building …

The lead times for the manufacture of non-standard passenger lifts has been falling since 2007. In the early part of this period, when the industry was thriving, this reduction was the result of improved manufacturing and installation. More recently, the impact of a reduced order book has contributed to decreasing lead times. In this spotlight I will be comparing standard and non-standard lift installations and the impact the specification has on lead times.

Standard lifts are ones where the shaft sizes, finishes, motor location and call systems are in accordance with the manufacturer’s standard specification. Even with standard lifts, the early involvement of the lift contractor is crucial to ensure that adequate provision is made for co-ordination with associated trades. Because of this the lift package is typically one of the first to be tendered and the lift contractor is appointed early to provide the design information needed for co-ordination.

The lead times for completely standard residential passenger lifts can be as short as 10 weeks but this is more like 18 weeks for commercial buildings. The introduction of fully automated drawings has greatly reduced the time needed to produce standard design information: it is now possible to create a full set of general arrangement drawings in just a few hours, although the actual lead time allowance for the design element needs to be as long as two weeks to allow for the requesting and reviewing of design information. Design revisions can take a further two weeks if the design team requires the re-issue and subsequent approval of the design information.

It is the procurement and manufacture that consumes most of the lead time: typically up to 16 weeks. On the most basic standard lift design, the manufacture period could be reduced to as little as six weeks.

Finally, mobilisation and delivery to site can take a further two weeks. Obviously, the above tasks can be completed in parallel, so the lead times for standard lift installation are usually between 10 and 18 weeks.

Lift specifications are becoming increasingly complex as features are added to improve the user’s experience and satisfy the aspirations of the architect, and the lifts, lobbies, toilets and reception are often essential to the design ethos of a project. This means it is common for the designer to enter into early discussions with the contractors for these elements, which can result in the lift contractor being novated into the project to help out with the overall vertical transport management strategy. This design assistance period, which preceeds the order, can last up to 12 months, and will naturally reduce lead times once an order is placed.

The shard will have a ‘hall call’ system whereby the main lifts do not have buttons; instead they calculate the most appropriate lift based on the information gathered by proximity sensors

As a result of the increased complexity the lead times on iconic projects can be as much as two years from placement of order to commencement on site. The engineers can take up to 10 weeks to produce the general arrangement drawings, and the overall design period can be as long as a year. Procurement and manufacture can typically be up to nine months for the process of requesting and reviewing design information. There is no limit to the level of fit-out of the car which in itself can be affected by the long lead times of materials such as marble or bespoke joinery.

Mobilisation and delivery to site is no different to the standard lift installation at two weeks.

The Shard at London Bridge is one of the few examples of a large iconic project under way in the UK. As you would expect, this 72-storey building, which will include retail, office, hotel and residential elements, has a complex vertical transport management strategy. It will take 36 lifts to solve it: 21 passenger lifts, five goods lifts, two fire lifts, six hydraulic lifts and two hoists.

The vertical transport strategy not only has to consider the completed building but also provide transportation during the construction process. Although the lifts are not necessarily on the critical path for the finished building, they are on the critical path for the transportation of the operatives, plant and equipment during construction. To accommodate this the vertical transport strategy incorporates climber lifts that allow the temporary construction of lifts in the shafts after the completion of the 10th storey.

A different vertical strategy is need for each of the 10 areas of use of the building, and each has to co-ordinate with the master strategy, and to cope with the volume of traffic, the main passenger lift system has double-storey cars. These challenges have been addressed through a “hall call” system whereby the main lifts do not have buttons; instead they have an “intelligent” call system that calculates and informs the user of the most appropriate lift for their destination based on the information gathered by proximity sensors.

There are few companies that are able to provide the motors and control systems for this level of complexity, which means lead times are driven by the availability of factory time for the project. The lead time allowed for the main lifts, which do not have particularly complex finishes, is 70 weeks and a large part of this is to allow to slot within the factory for a 40-week manufacturing period. Because of their bargaining power, the suppliers will only book production time on receipt of a complete order, and if any changes are made the factory slot is lost and a new one has to be requested – leading to a protracted lead time.

In conclusion, the range of lead times for lifts can vary from 10 to 100 weeks depending on the level of complexity of the vertical transport and the bespoke nature of the lifts and cars. The early involvement of the lift maker is recommended for all types of lifts, but the lift company should be engaged by the designer to provide their expertise for the more complex projects.