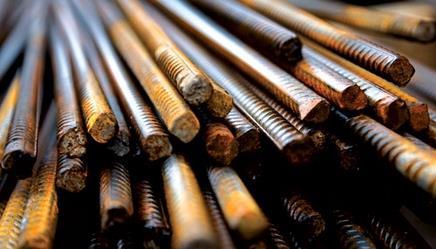 Rocketing steel prices have affected a wide range of industries – not least construction, says Brian Moone. How far are availability problems implicated in the price rises, and will contractors’ lead times be affected?

According to many national papers, the world steel market appears to be spiralling out of control. Prices for the billet steel used in building have doubled since the credit crunch began last August, while hot-rolled coil steel, which is used in other areas of construction, has increased in price by 40% since Christmas.

However, lead times in the UK will be affected only if it is availability that is driving up prices. At first glance the price increases appear not to be demand-driven, given that recessions are reported in the world’s two largest economies, America and Japan, along with economic downturns in New Zealand and a number of European countries, including Britain.

It would be easy to jump to the conclusion that the rising price is being caused only by the increasing cost of steelmaking’s raw materials, a view supported by the 65% rise in the cost of iron ore and a 40% rise in coking coal prices since the beginning of the year.

However, to understand the situation fully it is necessary to look at the emerging economies. China is the most notable, with 50 airports on the way, 9 million vehicles produced in 2007 (up 23% in a year), and 5,000 miles of new railway lines. This all adds up to China gobbling up 35% of world supply. In comparison, the US barely counts, at 8%.

Russia is another important area to watch, with a £500bn budget to revamp Soviet infrastructure, starting with the St Petersburg ring road. Russia’s steel use jumped 25% last year. Finally, the Gulf shore from Dubai to Kuwait is a continuous line of construction cranes.

A number of trade contractors in the UK are reporting an effect from this demand on availability of steel in all areas of the country’s construction industry.

The major steelwork contractors are beginning to feel the pinch. Although good long-term relationships with steel suppliers have helped, there are notable fluctuations in the availability of different sections and grades of between six and 24 weeks.

Steel prices are already increasing rapidly, currently between £50 and £100 per tonne month on month an architectural steel contractor

Having to purchase steel on the spot market is also a lot more difficult. The potential downturn in the UK may help offset any shortage in availability, but most steelwork contractors are being cautious, with comments such as: “There may be a weakening of demand over the next year but it’s too early to say yet.” Another steelwork contractor supported this cautious view, saying: “Material availability is volatile owing to world market trends and demand; this may change over the year.”

Architectural steel contractors are also feeling the effects of price increases and availability problems. One commented: “Limited or extended lead times of mild steel sections and plate are forecast. Prices are already increasing rapidly, well in excess of the rate of inflation, currently between £50 and £100 per tonne month on month. No end to the increase in costs is being forecast by our stockholders.”

Mechanical and electrical contractors are also feeling the effects of the global steel situation, with electrical containment and associated products reported as being in short supply. “Any materials which contain a steel element may be subject to higher prices and longer delivery times owing to current higher demands,” said one firm. The message from ductwork specialists is the same. The unpredictability of the availability and price of steel is seriously affecting the risk for contracts that were priced 12-18 months ago.

The overall effect the lack of steel availability will have on lead times in different parts of the construction industry will vary, depending on whether the materials are on the trade contractor’s lead-time-critical path and also the relationship that contractors have with suppliers. Those that are able regularly to place large orders will be in a better position to secure capacity. The overall effect, taking into account all other factors, is reflected in the lead times – the lead time for structural steel frame for example has risen by four weeks.

However, most of the contractors that rely on steel are hedging their bets in their lead times forecast, with the rising price and global demand for steel coming at the same time as the potential downturn in UK construction demand. Many of the contractors continue to report that the picture in the short and medium term is improving, as contracts are pushed back while clients seek tenants for their buildings.

Contractors are also continuing to hold out for longer-term projects that have been in the pipeline. When – or if – these projects materialise, the resulting combination of steel shortages and increased workloads will have a dramatic effect on the industry. However, this is a problem that many in construction right now might be glad to have to deal with.