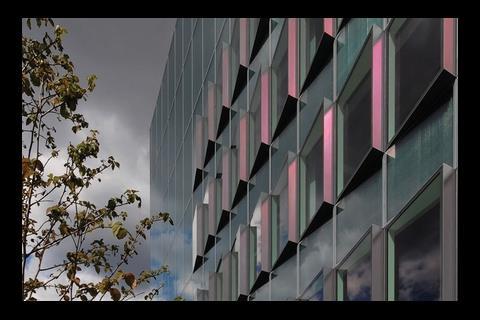 Large property developers could be hit by the CRC. Ropemaker in the City of London is a state-of-the-art low energy building and will help its developer British Land mitigate the costs of the CRC 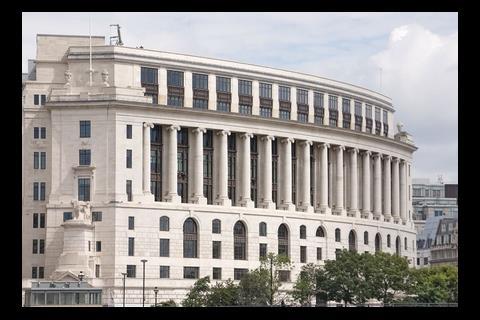 The Carbon Reduction Commitment scheme launches in April, but what will it mean for your business? Richard Quartermaine and Steve Smith of Cyril Sweett talk you through it

By now, most Building readers will be aware of the Carbon Reduction Commitment (CRC) energy efficiency scheme starting in April. The CRC is a mandatory emissions trading scheme that will affect both public and private energy users, including property owners and occupiers. Its aim is to encourage and reward improvements in energy efficiency.

The scheme is supposed to be an integral part of achieving the government’s target of an 80% cut in emissions by 2050. By 2020, it is envisaged that the CRC will cut annual carbon emissions by 1.2 million tonnes, which equates to 1% of total emissions.

The CRC is designed to be a more equitable carbon reduction instrument compared with taxation, with the potential to reward good carbon behaviour. The key principle of the scheme is that organisations with low carbon abatement costs will invest to reduce consumption rather than buy allowances.

While at present the impact of the CRC regime is more of an administrative than fiscal burden, the future position is likely to hit budgets harder. In this article we will explore the potential impact of the legislation and the scheme in practice on an example company from an investment and operational cost perspective.

The “introductory” phase of the scheme commences in April 2010 and runs until 2013. From April, companies will have to register and compile emissions data for the first year – 2010/11 – which will be called the “footprint year”. At the outset, the scheme will place reporting requirements on organisations that fall within the scheme, the first report being due in July 2011.

Put simply, organisations must purchase carbon credits each April to cover all the CO2 they anticipate emitting over the year ahead.

The first purchase needs to be made in April 2011 and to inform this, the organisation can use its 2010/11 consumption as a baseline and predict possible improvements over the year ahead. A greater or lesser degree of the amount they spend on these will be returned after six months, depending on the company’s energy performance compared with others.

During the introductory phase, the credits will have to be purchased at an initial cost of £12 per tonne of carbon. This is anticipated to rise to between £40 and £50 per tonne after 2013, under a capped trading regime.

During the three year introductory phase, the weighting placed on each metric is shown in this table. (See Table: Year1 (11,12,13) Below)

In subsequent years a 75% weighting will be placed on the absolute metric and 25% on the growth metric. The league table will not be based on the total emissions of each organisation, but on the percentage improvement each one makes each year.

After 2010/11, those organisations that make the biggest relative reduction in emissions are generally going to find themselves higher up the table and by doing so may profit, while poor performers will see a reduced return. The overall income generated by the CRC scheme will be revenue neutral from a government perspective.

This will also establish a reputational standard for all organisations within the scheme, with public transparency of their performance in the league table.

Coupled with the financial aspect, this should provide incentive to take measures to improve energy performance and reduce emissions, which would be rewarded with a higher league table position and a greater recovery (or even profit) against the cost of acquiring the carbon credits. The CRC is therefore likely to earn a place high on the business agenda.

To date, there has been a general lack of understanding regarding the full financial impact of the regime, including not only the payment recycling mechanism, but also the inherent capital cost of any improvements and the cost of the actual energy used.

We know that during the introductory phase the price per tonne of carbon is £12. This alone will add about 7–8% to annual energy bills at current prices. However, during the introductory phase, even the worst performers in the league table will get most of their expenditure back via recycling six months later, which means initially the scheme will have a small financial impact.

For example, in October 2011, the best performers will receive their full monies back plus 10%. Meanwhile, the worst performers will receive only 90% of their initial outlay. In following years, the bonus/penalty amount will increase by 10% per year so that by 2015 it will be +/-50%. The CRC scheme will therefore evolve from an administrative burden to a financial one.

However, it is not as simple as receiving an extra 10% if you are at the top of the table or a 10% reduction if you are at the bottom, with incremental amounts in between. This can be demonstrated using the example calculations from the Environment Agency in the table on the left.

Using company F as an example, 2,200 allowances are bought in April 2011 at £12/tonne to cover forecasted emissions for the year ahead. Company F believes it will generate an extra 200 tonnes of carbon compared with 2010/11 when it emitted 2,000 tonnes. The amount recycled in October 2011 is based on performance in 2010/2011 not on how much is spent by the organisation. Therefore the amount back does not bear any relation to the initial outlay (that is, almost £4,000 less, even though the company finished second in the league table).

Interestingly, company H in the example doesn’t buy any allowances to cover its 2011/12 emissions, but still receives £1,094 when the revenue raised is recycled by the government. If company H does report emissions for 2011/12, then it will have to surrender the required amount of allowances and will need to purchase these through the “safety valve” prior to July 2012. In this case the price will be linked to the carbon price in the EU emission trading scheme and so could rise higher than £12/tonne of CO2.

Buying allowances in advance requires organisations to have in place sufficient systems for managing energy consumption and predicting future emissions based on the expected acquisition, improvement and disposal of assets. If not, a poor forecast might mean either too much money tied up in the CRC scheme or the risk of buying allowances at a higher rate through the safety valve.

The CRC scheme is expected to flex its muscle after the introductory phase in 2013 when the amount of allowances available is capped and auctioned to organisations. Assuming the price settles at the higher end of the £40–£50/tonne of CO2 range, it could add 30% to energy bills. Of this, 40% is potentially at risk for the worst performers in 2014 and 50% in 2015. But will it be enough to encourage investment in energy efficiency measures?

This is best demonstrated using a hypothetical example of one organisation, CRC Ltd, with three office buildings fully participating in the scheme. CRC Ltd cannot pass on the cost of the allowances it purchases and pays for all the energy the buildings consume without recouping the cost through a service charge. The three buildings all have the potential for implementing energy efficiency improvements as follows:

Energy consumption and CO2 emissions for the footprint year for CRC Ltd are given below including the cost of buying allowances during the introductory and capped phases assuming emissions stay the same.

Over the next five years, CRC Ltd has a capital expenditure budget available to replace elements of the building services (boilers, lighting and pumps) on a like-for-like basis, with no improvements in energy efficiency.

In spring 2010, CRC Ltd is considering three courses of action:

Scenario one Replace boilers, lighting and pumps with more efficient, but standard versions

Scenario three Spend extra on higher efficiency versions during 2013/14 to reduce CRC under the “capped phase” of the scheme.

The investment shown in the following tables is the “extra over” amount required to buy the more energy efficient plant. So, under scenario 1, the amount of extra over investment is zero, while in the remaining two scenarios the investment is made in two different years.

For the first example, we have assumed that CRC Ltd will finish mid-table in the CRC performance league for scenarios two and three after making the additional investment in energy efficient plant. On this basis, CRC Ltd will recover all of its CRC credit cost, but will not receive any bonus payment.

As shown on table one, undertaking no energy efficiency improvements puts CRC Ltd in a better financial position compared with the extra investment required to improve their portfolio. A key assumption here however is that CRC Ltd will incur the full penalty deduction (£57,166 (allowances bought) x 10% = £5,717) each year until the more energy efficient plant has been installed.

However, what happens if we change our assumption and say that by making relative improvements in energy efficiency, CRC Ltd could finish higher in the league table and receive a bonus payment in the years thereafter?

Scenario three puts CRC Ltd in a marginally better financial position compared with the other scenarios, although it does assume that bonus payments will be received once improvements have been implemented.

This suggests that the relative improvement in emissions carries more value during the capped phase when the allowance price is in the region of £50/tonne of CO2. Consequently, organisations may choose to strategically plan for this and defer any investment until their league table position is confirmed.

So is the financial liability placed on organisations by the CRC significant enough to demonstrate a convincing business case for improving energy performance in existing buildings? Not quite. However, the business case becomes more compelling when energy savings are taken into account as shown in the table below.

Early investment in more energy efficient systems can reap significant savings in terms of reduced energy costs. The example shows the initial investment paid back in less than four years. If early action is difficult due to the current economic climate, then appropriate investment in time for the capped phase (2013) will also significantly reduce CRC liability and generate substantial energy savings.

The analysis included here is simplistic but it does demonstrate that early investment in energy efficiency is best, and any action is good. Developing a comprehensive and robust business case that includes wider cost benefits (for example, CRC administrative costs, capital allowances, maintenance costs, improved internal environment, corporate social responsibility benefits, energy performance and display energy certificates) will support this and convince senior managers to invest.

The current uncertainty is the league table and where companies may expect to find themselves. This affects the bonus or penalty imposed and will skew the business case. However, running a sensitivity analysis and identifying a range of outcomes will quantify the risk of any investment strategy.

A clear understanding of the cost of various carbon abatement measures is also required. Once baseline energy consumption has been established and a survey of the portfolio undertaken, a cost effective improvement programme can be determined. These improvements will range from “soft” operational opportunities to the replacement of building services components with improved energy efficiency as part of planned capital works. Knowing the cost of each improvement and how much carbon will be abated is key to compare against buying allowances.

The CRC is a boardroom as well as a plant room issue and the benefits of taking action need to be communicated in financial speak rather than kilowatt hours, CO2 or sustainability.