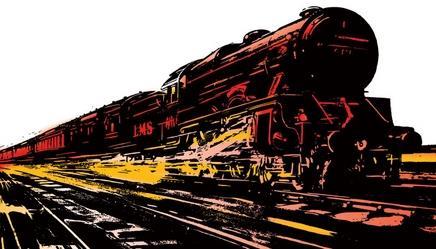 …there’s a train a-coming. Well, not a train so much as a £34bn programme to upgrade the UK’s rail network. Emily Wright looks at what the money will be spent on, and how you can get on board

If you mention the rail industry, many people will immediately think of overcrowded trains, timetables randomly punctuated by engineering works and a pricing structure that is as mysterious as it is extortionate.

All of those grumbles are well founded in fact, but they are also the symptoms of a system in rapid transition. The rail sector expects to triple output over the next three years, and billions of pounds will be invested over the next five. To deliver this programme, it is seeking thousands of construction workers – which is great news for the industry in these tough times.

Simon Kirby is director for infrastructure investment at Network Rail. He says: “We will be investing billions in projects over the country and will take on thousands of high-calibre people to make this happen.”

But there’s a catch. Britain’s straitened public finances mean that projects may be delayed. And Network Rail is introducing computerised systems to check the state of its track, which means that many companies looking for a piece of the action will have to ramp up their IT skills. But given the industry’s desperate need for work, these are hardly dealbreakers for most firms.

The scale of the work

A big chunk of this work is related to Crossrail: at £15.9bn this is the biggest rail project of recent times. However, it will by no means be the only one. Last month, Network Rail, the company responsible for building and maintaining the UK’s 9,800-mile rail network, embarked on a £34bn programme to enhance the system over the next five years.

The government awarded these funds to help the group meet an ambitious list of targets. The programme, which is known as Control Period 4, includes the following projects:

In addition to these large projects, 250 small stations are to get a makeover by 2014 and 916km of track is to be renewed each year for the next four years. This has been described by Ian Coucher, Network Rail’s chief executive, as an “unprecedented investment”.

The rail sector could provide work in the longer term, too. For instance, there is particular excitement surrounding the possibility of a high-speed rail link between London and Manchester. The two main political parties support the proposal, particularly the Tories, who see it as an alternative to a third runway at Heathrow.

If the project goes ahead it will stimulate massive investment – early predictions suggest that up to £2bn will be needed to fund projects to enhance rail capacity in and around Manchester alone. The Department for Transport is also in the process of creating a company to assess the feasibility of building a separate high-speed rail line between London and Scotland.

Apart from work building railways, there are the wider opportunities that it will create. In areas where infrastructure is renewed or upgraded, further development – in the form of housing, office, retail and leisure schemes – will follow. These types of schemes may be predominantly on hold at the moment, but they are worth keeping an eye on for when the market recovers.

This all sounds good in theory, but there is no guarantee that things will run smoothly in practice. For one thing, there are doubts over whether all of Network Rail’s work will go ahead as planned, owing to budgetary constraints. The £34bn figure is 8% less than the group originally said it would need to meet the government’s demands, and although it is still committed to hitting its targets, it is doing so on a smaller budget and will have to rein in costs over the next five years. Network Rail admitted that the 8% funding cut meant some projects on its wishlist did not make last year’s target list, but argued that as these projects were no longer on the table this should not have a direct impact on the delivery of the projects that were.

However, this only shrunk the funding shortfall from £2.6bn to £1.2bn and there are still concerns over how that will be made up. The Construction Products Association (CPA) says Network Rail will have to make savings of 21% between 2009 and 2014. Exactly where the money will come from is unknown, but there are fears that it could mean a cut back on work.

“There could well be a hole in this budget,” says Christian Woolmar, a former transport correspondent at The Independent. “My prediction is that if this happens, being bailed out won’t be an option. People will say, ‘like most sectors, rail will have to take a hit’, and this will mean work is cut back.”

We are working on phasing out manual work by introducing technology. we’ll need workers who can read this data, analyse it and work out how to fix problems

In October 2008 when the Office of Rail Regulation first announced there would be a spending gap of almost £3bn, Bill Emery, its chief executive, hinted that more efficient staffing methods could help make up the deficit. And Norman Baker, the Liberal Democrat transport spokesperson, said the focus on making Network Rail more efficient should not result in the scaling back or complete abandonment of extension and enhancement plans. “It’s essential that these savings come from better management practices and greater efficiency, not by cutting back on schemes that increase railway capacity,” he said.

There are also fears that Crossrail may not go ahead under a Tory government, which would come as a blow to firms that have geared up to work on it. The Conservatives cast doubt on its future earlier this month when they said they would review all large projects if they won the next election. A debate in the House of Commons just over a fortnight ago placed the spotlight on the scheme as Philip Hammond, shadow secretary to the Treasury, said of the project: “Does the government have no conception of the scale of the hole that it has dug? Every single programme and project will have to be reassessed and re-evaluated.”

Even if all these projects do go ahead, winning work will not be straightforward. Rail demands a specific skills set anyway, but now there is an added complication. Network Rail is spending £1bn on overhauling its IT systems, and this means that anyone working with it will have to have state-of-the-art computer skills. This applies particularly to track work, which requires advanced mathematical and engineering abilities.

A Network Rail spokesperson says: “There is a lot of boring work to be done in rail – manually checking every inch of track, for example, which is long-winded, dull and inefficient. We are working on phasing this sort of work out by introducing technology to do it instead. Then we’ll need workers who can read this data, analyse it and work out how to fix problems.”

He adds that this will not happen overnight, so firms have plenty of time to make sure engineers and consultants have the necessary expertise. Current Network Rail staff will be retrained under a government-funded programme.

Technical skills can be learned. But if you are a main contractor, getting a foot in the door will still be a problem. Most major firms with the right skills are well established in the sector, which means most large jobs on large schemes are already sewn up. Halcrow, Atkins and Amey are at the top of Network Rail’s pile, thanks to their history of delivering these sorts of projects.

Other large firms looking to break into the market are up against exceptionally tough and deeply entrenched competition. “There are a lot of opportunities, but they are harder to pick up for large contractors that are not already operating in this market,” says Noble Francis, economics director at the CPA. “You can’t easily switch from normal development to infrastructure, as it is so specialised.”

This doesn’t mean large firms should turn their backs on the sector. Highly technical schemes may be inaccessible, but main contractors have a chance of securing non-infrastructure work in surrounding areas.

For subcontractors and project managers, by contrast, direct opportunities in the rail sector are far easier to come by. With so many projects starting in the next couple of years, involving everything from platform extensions to refitting stations, replacing track and laying lines, subcontractors will be needed up and down the country.

“The outlook is good for subbies,” says Francis. “There will be significant work continuing for the next few years, a lot of which is still to be allocated. They just need to be aware of who is doing these projects to make sure they don’t miss out.”

And the outlook is even better for project managers. Network Rail is seeking them out as part of its recruitment drive – a rarity at a time when cutbacks and redundancies are commonplace.

Network Rail’s five-year plan will create at least 1,000 project management jobs. Most of these positions will involve working on new lines in Scotland, the redevelopment of Birmingham New Street and Reading stations, and enhancing the rail network to support the London Olympics, Crossrail and Thameslink.

Despite the challenges, there is no doubt that the rail sector is one of a minority of construction sectors that looks set to grow through the recession. The sheer volume of projects means that, though competition for work will be tough, there is little fear of a mad scramble to pick up scraps.

“This is the first recession we’ve been through since the railways were privatised, so we are in unchartered waters,” says Christian Woolmar. “But the investment looks secure and there is work in the pipeline that could offer a real safe house for the construction industry in what would otherwise be extremely difficult times ahead.”