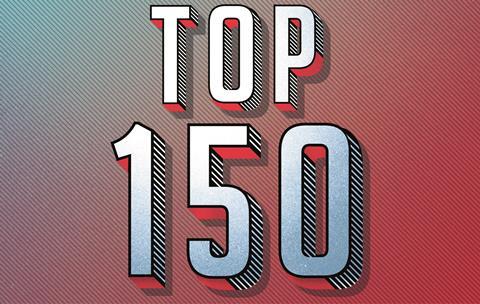 Click the icon in the top right corner to expand the table to full screen. The table is sortable by all headers. To sort by more than one header, use the shift key when clicking the columns you wish to sort by.

* see methodology and notes below

They were sent a survey form asking for details on the number of chartered staff, non-chartered and technical staff, and domestic and worldwide fee incomes.

Firms are ranked according to total UK chartered staff, and for QSs, architects, engineers and project managers by chartered staff in each respective discipline. Practices were also asked questions relating to: staff recruitment, wage patterns, margins, areas of work, and work expectations.

The survey relies upon firms completing and returning the annual survey form. For a variety of reasons firms sometimes decide not to take part.

Firms with any questions about the survey, or that wish to be included in the 2018 survey, should contact Barbour ABI.

1. Atkins did not provide figures this year. A spokesperson said: “Atkins has recently been acquired by SNC-Lavalin and the two businesses are currently going through the process of integrating their systems, processes and people. This has coincided with the collation of data for Building’s Top Consultants and it has not been possible for the merged organisation to provide the information required for this year’s rankings.”  Based on last year’s staff numbers, Atkins would have remained the largest UK consultant by number of chartered staff. Other large businesses that failed to provide figures this year included CBRE, Deloitte Real Estate, Hurley Palmer Flatt and Waterman.

2. Chaplin Farrant Design Group figures reflect the departure from the group of engineering company CBL. 2016/17 turnover not yet available.

3. 1 October 2016 after TUPE transfer to an alternative provider.

7.  Ridge and Partners figures reflect the acquisition of PH Warr in December 2016.

8.  Turner & Townsend figures relate to the UK and Ireland.

11. WSP figures reflect the acquisition of Mouchel in October 2016.