Devolution has empowered the North 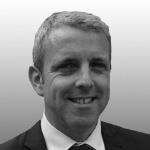 In Britain minority governments typically have a short shelf life.

Minority governments tend not to last because they lack the power to get legislation through Parliament and a clear electoral mandate to implement the will of the people.

While I wouldn’t bet against another General Election soon, the politics of Westminster have become less important to northerners now that we have finally won the powers to shape our own destiny.

For too long the UK has been one of the most centralised democracies in the world. As a result, it has been almost impossible for the Northern regions to get things done without the approval of Westminster.

The election of the first ever Metro Mayors for Greater Manchester, the Liverpool City Region, and the Tees Valley last month was a landmark moment for the North. It saw us take control of a number of important regional powers from Westminster and has set the Powerhouse regions on a path to determine their own way forward.

While the jurisdiction of each Metro Mayor differs, on the whole they now have control of a broad range of policy areas; and in the case of Andy Burnham, his powers are notably in excess of Sadiq Khan’s as the Mayor of London.

Mr Burnham now has responsibility for transport, housing, policing, education and skills, as well as control of a £6bn health and social care budget and a £900m 30-year investment fund.

While the powers of the new Mayor for the Liverpool City Region may not be quite as far-reaching, the position will still be a transformational one when it comes to regional infrastructure as Steve Rotheram is backed by a £600m 30-year investment fund and a £170m affordable house building grant.

The importance of the creation of our Metro Mayors cannot be overstated enough. Finally, some of our great city regions in the North have the chance to invest in our priorities, allowing us to make changes to investment in education and skills training to better meet the needs of local employers as well as prioritising how money will be spent on transport, housing and infrastructure investment in order to deliver the most benefits for each region.

As the UK begins negotiations to leave the European Union and forge new trading relationships with the rest of the world, it is imperative we continue to improve the connectivity of the North to international markets. This means expanding the capacity of our airports and sea ports, increasing the number of destinations they serve and upgrading the road and rail connections to them.

While we warmly welcome the appointment of Jake Berry as Northern Powerhouse Minister as a powerful local advocate with a great deal of knowledge in housing and development there is an understandable frustration from businesses across all sectors that we are now getting to grips with our fourth Government in just over two years.

While devolution somewhat insulates Greater Manchester, the Liverpool City Region and the Tees Valley from the effects of a Westminster logjam, a hung Parliament highlights the need to devolve more powers to the regions and spread devolution to the other great cities of the North such as Sheffield, Leeds, Bradford and Newcastle.

Steve Gillingham is director for the north at Mace