Dilemma for Tories over planning after by-election defeat

The government is under growing pressure from voters as well as Conservative backbenchers to water down its proposed reforms, writes Tom Lowe

The Liberal Democrats’ shock victory in last Thursday’s Chesham and Amersham by-election has left the Conservative party reeling. It has also left the construction industry questioning whether the government’s proposed planning reforms, which have been widely blamed for the result, can now survive in their current form. 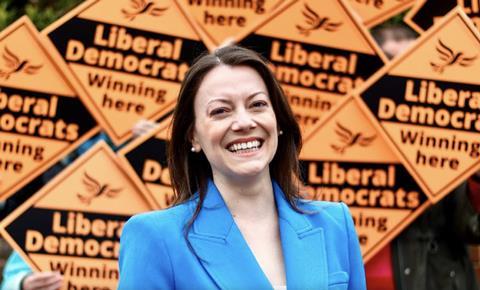 The poll saw Sarah Green overturn a Tory majority of 16,000 to become the Buckinghamshire constituency’s new MP with a 25% swing - the 14th largest in by-election history. Although there had been jitters among Tory campaigners over the past week, few saw the scale of the defeat coming. The Lib Dems closed the campaign at odds of 4/1 at betting site ladbrokes.com.

The result has exposed the depth of opposition to the government’s planning proposals, which would grant housing developers automatic permission on areas zoned for development by local authorities. Although councils are expected to be free to choose which areas to include in the zone, locals will no longer be able to influence individual planning decisions.

Green had zeroed in on the reforms, telling voters that the proposals posed a “particular risk” to the Chilterns and suggesting that fields and ancient woodlands could be lost. She also vowed to be a “thorn in the side” of HS2, which runs through the constituency.

While by-elections do not usually go well for governing parties, this one came just weeks after the Tories’ equally surprising win in Hartlepool, a traditional Labour seat. All eyes are now on Batley and Spen in West Yorkshire, where Labour is defending the seat formerly occupied by Jo Cox, the MP murdered in 2016. The poll takes place on 1 July.

The Conservatives have been riding a wave of success in northern “red wall” seats, but the talk in Westminster is that they are paying the price for their focus on levelling up by shedding support in their former heartlands in the South, particularly the home counties. Lib Dem leader Ed Davey wasted no time in hammering the point home, knocking down a blue wall made of plastic bricks with a yellow hammer in a photo opportunity on Friday morning.

He said that voters across the south of England had felt taken for granted by the Conservatives, particularly on the issue of planning reforms, which he said “will give so much power to developers and take away from communities and not result in the affordable housing people need”.

Harris added: “I think there is dissatisfaction with Brexit. I think maybe people are just feeling that Boris and his team are not listening.” 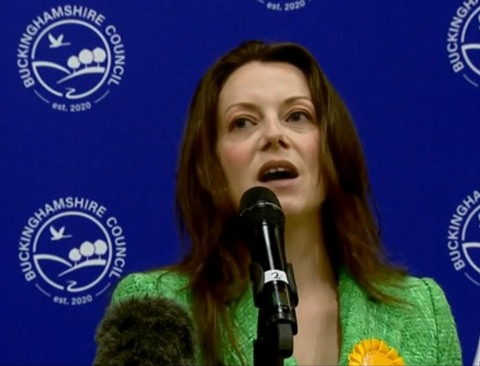 Selling the planning reforms in leafy Buckinghamshire was always going to be a risk for the Conservatives. For supporters of the changes, opposition in these southern seats can easily be seen as nimbyism. But Gleeds chairman Richard Steer, a vocal Liberal Democrat supporter, said there was more to it than that.

“The planning system is always going to be criticised but I think this has gone too far the other way. It needs greater consideration than a presumption that you can build almost anything.

”There will be an element of nimbyism, but it depends how widespread that becomes. I think it needs more care, more sensitivity.”

Writing in the Daily Telegraph on Saturday, Amanda Milling, the Conservative co-chair, said she heard that warning “loud and clear”.

Milling, the MP for Cannock Chase, added: ”I am in no doubt that Thursday’s result is a warning shot and we are listening. And as co-chairman, I will ensure that we learn the lessons from this campaign.

“Over the coming weeks and months, we will take stock of what happened in Chesham and Amersham and look at how we can regain the trust of voters there.”

Milling noted that the Planning Bill has not yet been published. She said the government has been clear that any reforms would protect green spaces and still give local authorities the final say.

Meanwhile Boris Johnson said the Lib Dems’ campaign had been a “wilful misunderstanding” of the planning reforms. He promised that homes would not be built on green belt sites. Many in Chesham and Amersham clearly remain unconvinced.

But not everyone in the constituency would suffer from the reforms, or from HS2, which will run right through the area. SME housebuilders to whom Building spoke were, unsurprisingly, largely supportive of the government. More homes will mean more work for those already benefiting from a construction boom, with one contractor saying that they had “never been busier”.

Another said that they had secured a £130,000 job building a substation for HS2. He was an enthusiastic supporter of the project and said that opposition to it had been exaggerated. “Everyone I’ve spoken to thinks it’s a good thing,” he added.

Steer said that, once the railway is built, “after a bit, when it’s in place, and [people] are making use of it, a lot of the objections get forgotten”.

The by-election result will undoubtedly inflame an ongoing backbench rebellion against both the planning proposals and HS2. The scale of discontent among Tory MPs may be laid bare today - Labour has called an opposition vote in the Commons on granting communities greater control over planning decisions. The question for the Conservatives is how much of a gamble they are willing to take with their heartland seats.

Tony Blair scored huge success in the 1990s by steering Labour towards middle-class voters. If the Tories do the same with traditional Labour-supporting voters, the risk is that their “safe” southern seats suffer the same fate as Hartlepool did for Labour.

While it is now too late for HS2, the planning reforms – expected to be published this autumn – could well be watered down. Also writing in the Daily Telegraph on Saturday, Theresa Villiers, a former environment secretary, said ministers should see the by-election loss “as an opportunity to rethink their approach to planning reform”.

The key unknown now is whether last Thursday’s result was a by-election blip, or the start of a shift in the public mood. For the Conservatives, making that judgment will be vital. Regardless, planning – and the extent of reform – looks likely to be the issue that will dictate the direction of politics, and the Conservatives’ fortunes, between now and the next general election.