The UK desperately needs to think differently to solve the housing crisis. In the second of two pieces on innovative housebuilding methods, Jim Dunton looks at whether Japan’s successful ‘car factory’ approach could help British housebuilders meet the government’s 300,000-units-a-year target in the future 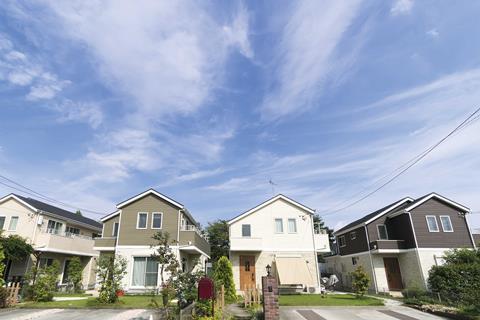 First it was motorbikes, then it was cars, after that consumer electronics – now it’s houses: Japanese production techniques are increasingly being touted as part of the solution to the UK‘s housing needs.

Japan massively outstrips this country’s rate of housing delivery, even taking into account its larger population of 127 million. Official statistics show well over 900,000 starts in 2016, whereas in the 12 months to December 2016, there were 154,280 starts in England, according to UK government figures.

Earthquake-prone Japan takes a far shorter-term view of its housing stock – apart from shrines, temples and the occasional historic inn or traditional farmhouse, there’s a distinct lack of old buildings. Detached family homes are routinely demolished and replaced after as little as three decades on the same principle, if not the timescale, as an ageing car might be upgraded.

“Go to someone like Sekisui and […] they’re able to deliver one unit in 0.3 of a man-year”

So, could taking some tips from Japanese housing culture help to deliver Theresa May’s aspirational figure of 300,000 new homes a year in England by the mid-2020s? And could the housing sector get its head around such a different way of treating the residential sector?

Japan’s most recent statistical set has home demolition figures at more than 100,000 a year. In England, 9,820 homes were demolished in 2016/17.  The result is that Japan has a construction sector that is far more geared up for new-build than repair and renovation, and a business mainstay of delivering replacement detached homes on family-owned plots. Steel-framed concrete mansion blocks, traditionally constructed wooden homes and one-off designs contribute to Japan’s housebuilding total. 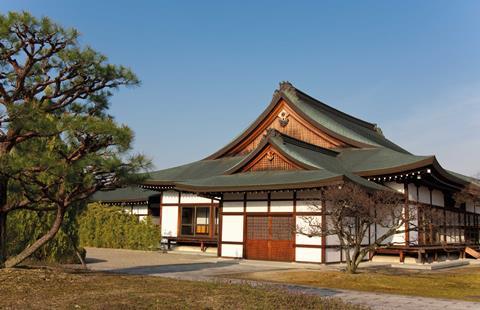 A traditional house in Nara in south-central Honshu Island

But sector watchers who flag up which practices are ripe to import from Japan are usually talking about prefabrication giants Sekisui House, Daiwa House, Toyota Housing Corporation, Panasonic Homes (previously PanaHome Corporation) and a handful of others. They offer factory-produced, mass-customisation homes tailored to fit a particular plot, and engineered to design and layout choices made by the client. Those choices could be made at a showroom, or even at the factory where the new home will be produced with the aid of robots for assembly on site, often within the space of a week and sometimes quicker.

Sekisui built around 12,600 wood or steel-framed houses in 2016 and a further 35,000 units in multiple-dwelling buildings. Daiwa sold close on 9,300 single-family houses in the 2016/17 financial year and gives a total figure of 43,428 houses for its rental business. Japan’s factory housebuilders also do low-rise apartment models and speculative development.

Official government statistics say 148,000 prefab homes were started in Japan in 2016, of which 130,000 were steel-frame reinforced.

While nobody is suggesting that England’s domestic housing market is about to turn Japanese in style, the numbers delivered by Japan’s offsite giants are hard to ignore. 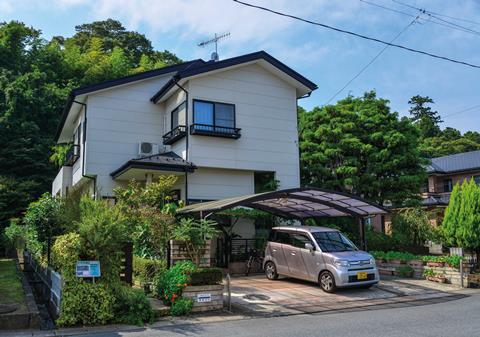 Mark Farmer, chief executive of Cast consultancy and author of the Modernise or Die report, believes that using Japanese factory production techniques for housing would address both widespread quality issues and worsening skills shortages – the report predicted a loss of up to 25% of the workforce in the space of a decade.

Although factory-based housing production in Japan can trace its origins back to the 1960s, Farmer attaches significance to Japan’s ahead-of-the-global-curve demographic position, arguing that it has already gone through some of the workforce pressures that lie ahead for this country.

His 2016 report states Japan’s construction workforce shrank by around one-third between 1997 and 2016, from 4.6 million to a little over 3 million, and cites an urgent need for migrant labour to support domestic construction capacity “catalysed by the Tokyo 2020 Olympics construction programme”.

“In the UK probably about two man-years of labour goes into an average residential unit,” he says. “Go to someone like Sekisui and their productivity figures suggest they’re able to deliver one unit in 0.3 of a man-year.

“Their highly mechanised systems are also very high quality. These are not temporary buildings; these advanced manufacturing systems have 100-year design lives.”

Farmer tells Building that platforms in current offsite manufacturing in the UK are not digitally enabled and that they are “more [like] people building in sheds than people delivering precision manufacturing”.

Steel-framed factory homes incorporate sophisticated damping technology designed to mitigate the effects of strong earthquakes, a key area of interest for Japanese consumers, who are all too aware of the country’s ever-present danger. New innovations in soundproofing and efficiency are also selling points.

Farmer adds that it would be a mistake to associate the latest prefabricated homes in Japan with identikit properties. “Many of these systems are bespoke in terms of what the design looks like but they’re off a platform, so there is a lot of mass customisation coming from a digital pattern book,” he says. “What you see in the UK is fairly standard modules turning up on site and being put together like Lego bricks. The Japanese model is to have more variability.”

Farmer says the UK housing market is ripe for a disruptive manufacturer to enter, buying sites and delivering a range of different products on them at scale. “Not individual plots but 200, 300, 400 on sites like our volume housebuilders do. The difference will be the process,” he says. 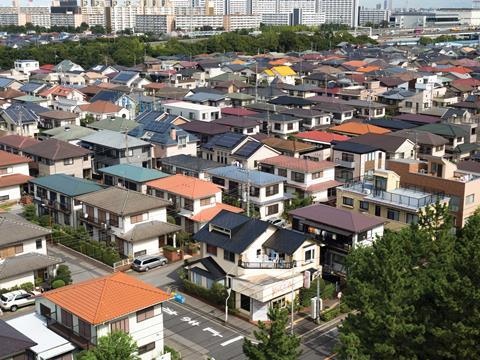 Adam Challis, EMEA regional director and head of UK residential research at real estate consultant JLL, sees the build-to-rent and affordable housing sectors as being key for procurers of a new generation of offsite homes, rather than owner-occupiers.

“The builders driving the change are those who see a very clear benefit from building at a faster pace,” he says. “If you’re building for sales, you’re not worried about the legacy, only about day-one value, so you can build to a sales rate.”

Challis also believes there would be growing interest from SME housebuilders in procuring factory-built homes as a way to offset build cost volatility and staffing issues, which can be more difficult for them to handle than larger firms.

“I’m not sure we’re talking about a majority adoption any time soon,” he says. “We could be talking about a tripling of capacity in the UK, which is currently around 20,000 units, and still be nowhere near meeting government ambitions. There is a huge growth opportunity across the entire offsite supply chain.”

Challis thinks that the inclusion of offsite-manufactured housing in garden towns and villages is highly likely. Schemes such as Daiwa House’s 127-home SMAxECO City Sagamihara, south-west of Tokyo, are reminiscent of these, with sustainable adjustments for the local climate. Houses are fitted with solar power generation systems and a lithium-ion storage battery. The development, which completed in 2014, was also designed to maximise natural ventilation, reducing the need for air-conditioning to cope with the heat and humidity of Tokyo summers.

The road to introducing a more factory-based approach to housing delivery is not likely to be littered with quick wins, and offsite projects commenced by the likes of Berkeley Homes and Legal & General are clearly long-term projects. In Japan, housing giants are working in a corporate environment that traces its roots back many generations. They have supply-chain affiliations with their family of companies and value long-term efficiency gains over short-term pricing wins.

Brian Green, a construction industry commentator and analyst, is cautious about the UK’s potential to adopt a Japanese approach to housing delivery, questioning whether economies of scale that work there can be successful here. He also points to the poor image of prefabricated homes in the public consciousness.

“Inevitably, housebuilders will be looking at how they reduce the labour content in what they produce. But it’s not the case that we necessarily have to go down the prefabrication route,” he says.

“A volatile market is one reason construction needs to be flexible, because it has to absorb the shocks – such as housing starts practically halving within the course of a year. If you’re running a prefab business and half of your market disappears […] it would be a lot to absorb.

“I’m not a naysayer about introducing new techniques into housebuilding,” he continues. “Quite the reverse. But there are clearly barriers to it happening.”

Richard Saxon, former chairman of architect BDP and a former BIM ambassador for growth, believes that a shift towards offsite production is “almost inevitable” if the government’s medium-term target has a hope of being met. “We’re not going to be able to build 300,000 homes conventionally in 10 years’ time,” he says. “There won’t be the workers, even if we can make the sites available and we have the money.”

But Saxon agrees with Green that ways would have to be found to smooth out demand cycles and allow factories to keep going at the 95% or more capacity that business models would require. “In Japan, they do just what they do with cars, in that they market them to the consumer in a way that smooths out demand,” he says.

“They use price mechanisms and incentives, and other things to produce a smooth flow of orders. Sometimes they have a backlog; sometimes they can do things very quickly. Whatever it is, they keep the factory at an optimum load level.”

The last time England built more than 300,000 new homes in a year was 1969, and well over one-third of those were for the public sector. Saxon believes that UK government could help to ensure that new prefabrication models work by forging a “purchaser of last resort” model for the public sector, to take up slack during downswings.

Any consideration of importing Japanese housing techniques to the UK is likely to conjure up images of the urban hotchpotch of styles that Japan’s more relaxed town planning system allows. Farmer insists the suggestion that new technology will radically change the appearance of UK homes is wide of the mark.

“What we’re talking about is how we build, not what those buildings look like,” he says. “If you have an advanced technique that sits behind 20 or 30 different house types, that would be the same as what we built between the wars all over the Home Counties and London. [There are] big private estates of houses with terraced, semi-detached housing and detached housing that are all variations on a theme. The fact that it’s been built in a factory rather than on site is irrelevant.”

Japan’s offsite giants are yet to enter the UK market – unlike the US and Australia. A key factor for Sekisui, Daiwa or others will be the UK public’s perceived appetite for what they do, as well as that of the Ministry of Housing, Communities and Local Government, institutional investors and the domestic housing industry. But if the history of Kawasaki, Toyota and Sony are anything to  go by, it is only a matter of time before an innovator of equal magnitude makes its mark in the UK.