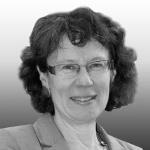 The most surprising thing about today’s election result is that no-one is actually surprised, and yet just six weeks ago there was a widely held view that the Conservative government would increase its majority by at least 20 seats. As Harold Wilson sagely remarked “a week is a long time in politics”.

So how will this result affect the construction industry - and is there anything that we can learn from it?

The election was called to secure a mandate to negotiate a Brexit deal, but I believe that seats were won on lost on an almost exclusively domestic agenda, with a key issue being “fairness”, and I think it’s fair to say that Jeremy Corbyn came over as more credible on this angle than Theresa May.

If the co-operation deal between the Conservative Party and the DUP is to stand any chance of delivering a stable government then I assume that a further move away from austerity measures and sustained investment in housing, infrastructure, education & skills and health & social care must be on the cards. Although the two major parties disagree on many things there is broad agreement on the need to address these issues, and it may be that a minority government means that we will get a more consensual form of decision making over the next few years.

There needs to be a well-planned, detailed transition from where we are now to the relationship that we finally have with Europe, with no shocks, no threats, no promises that can’t be delivered

From a construction industry point of view sustained investment in these areas will create a long-term pipeline of public sector work, but the private sector may be more unpredictable. The short term economic reaction to the result is a falling pound and a rising stock market. The falling pound will have some impact on the cost of construction work and unfortunately; the rising stock market is a reaction to the falling pound - rather than a statement of confidence in the UK economy, and of course confidence is the key driver for long-term investment decisions in the private sector.

What will have much greater long-term influence on confidence is the way the Brexit negotiations are handled. Is this a sign from the electorate that the government should opt for a softer stance on Brexit, or is that just wishful thinking on the part of those of us who voted to remain? I think that it’s both, and I believe that the message the government should take away from this is that there needs to be a well-planned, detailed transition from where we are now to the relationship that we finally have with Europe, with no shocks, no threats, no promises that can’t be delivered on and genuine dialogue with the industries, including construction, which generate the wealth that feeds the UK economy.

But why is no-one surprised? For me this can be summed up by “hubris”. Theresa May thought that she was unassailable and this was her downfall. Whilst May appeared to be lecturing the electorate and telling us what was good for us, Corbyn appeared to be asking people what they thought, and reacting to their feedback.

This is the broader lesson that the construction industry should learn from this result - beware of hubris and take the feedback about fairness. We all know the script about collaboration - pretty much the opposite of hubris - fair payment terms and a more balanced approach to cost and value. Perhaps this result will mark a tipping point when we actually start walking the talk?