How should the monetary effects of compensation events be assessed months after the event itself? There are two different schools of thought on that 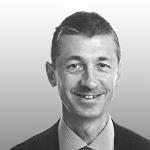 Followers of the New Engineering Contract have much to talk about with NEC 4 hot off the presses, but a recent case is likely to provide just as much of a talking point. The case is Northern Ireland Housing Executive vs Healthy Buildings (Ireland) Ltd [2014]. As a decision of the Northern Irish High Court it is not binding elsewhere, but many will want to use it as persuasive guidance.

The case deals with the method of assessing the monetary effects of compensation events such as variations or delayed information. A key NEC principle is that once a compensation event has occurred, the monetary effects are assessed largely through forecasts. The actual cost incurred by the contractor is relevant only for work done before the date when the employer instructed the compensation event, or the contractor notified of it. In other words, actual costs play a fairly small role. The NEC philosophy is to sort out problems promptly, using forecasts, and move on.

But what happens if the compensation event comes to be valued many months after the event? There are two schools of thought. The purists say that the contract is clear: you try to work out what a correct forecast would have been at the time when it should have been made. The other school, the pragmatists, say that it is unrealistic to disregard what has actually happened. Evidence of actual costs incurred is permissible, indeed desirable, they say.

Purists say that the contract is clear: you try to work out what a correct forecast would have been at the time when it should have been made

The Northern Ireland case involved an NEC3 Professional Services Contract between a housing body as employer and an asbestos consultant. The contract wording is similar to that in the main NEC forms.

The employer issued an instruction changing the scope of the works (a compensation event). He should have immediately set in motion the machinery to get the compensation event valued, but did not do so until several months later (when he valued it at zero). The consultant successfully challenged this in adjudication. The employer then took the case to court. He asked the court to order the consultant to disclose documents showing its actual costs incurred. The consultant said that these documents were irrelevant – the assessment was to be based on forecasts, not actual costs.

The judge agreed with the employer. He was influenced by a number of matters, but none are completely convincing.

The judge thought it significant that by the time the consultant had submitted its claim, most of the costs had been incurred. So the “forecast”, he said, was really a claim for work already done. The purists will respond that, if the contract requires a forecast to be made, then the court has to try to decide what a proper forecast would have been at the time when it should have been made. Although the two methods often give a similar result, that will not always be so.

The judge thought it significant that by the time the consultant had submitted its claim, most of the costs had been incurred

The judge was also influenced by a clause in Option W2, the standard dispute resolution option. It says that a party is not limited in court proceedings to information or evidence that was put before the adjudicator. But that clause seems merely to clarify that the court can rehear the dispute afresh. It is not clear that it is saying anything about the contractual basis for the assessment itself.

Perhaps most surprisingly, the judge thought that the consultant’s refusal to hand over his actual time sheets and records was contrary to the well-known NEC obligation to act in a spirit of mutual trust and co-operation. Again, however, that would seem to be right only if the records of actual cost were relevant to the assessment – which was the very question that the judge had to decide.

This all sounds like a big win for the commonsense pragmatists. But things are not so simple. The decision suggests that an adjudicator or court reviewing the matter some months on may apply a different approach (actual cost) to the one that the employer’s project manager should have applied at the time of the compensation event (forecast). That seems odd. The decision also seems to encourage a party that thinks it could benefit from a retrospective costs-based assessment to delay the assessment until the actual costs are in. And, finally, where does this leave the NEC’s cherished principle that compensation events are mainly assessed on forecasts not actual costs?

The pragmatists may have got one over the purists, but the arguments are unlikely to end here.