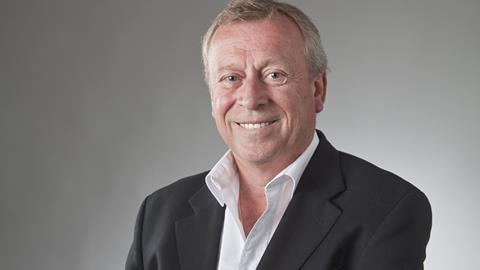 It must be getting on for £1bn, though it’s not all going to happen straight away. We’ve got an awful lot happening here at King’s Cross in London, both on site and planned.

Under construction, we have two quite major blocks of residential with over 300 units between them, and we are planning the Gasholder Triplets – a very unusual apartment development in three old gasholders, which we are hoping will be on site next year.

On the commercial front, the office buildings by David Chipperfield and Allies & Morrison are fully let and we are hoping to start on plot B6, designed by Demetri Porphyrios, by next year. We are going to go for a pre-let, and we’re starting on the enabling works for it now. Six months behind that, we’re thinking of moving forward with B5, an Eric Parry building that we plan to build speculatively.

We are also doing some enabling works for the grade II-listed Midland Goods Shed, for Waitrose and Guardian Media Group. And we’ve got 250 units of student accommodation to the north of the site starting next month.

Then we’re at design stage with at least three more office buildings and three more residential blocks. They will happen, but not until the end of next year.

Outside London, we’ve been appointed as development manager for Manchester City Airport, which involves two big sites around the airport that will be a mixture of offices and shed schemes. We’ve also been appointed for the commercial scheme at Paradise Circus in Birmingham. There’s a lot of offsite infrastructure work to do initially, and then the demolition of the old library building and some old office buildings. We’ll be putting in a new podium for a scheme of about 1.2m ft2 of offices and hotels.

We still prefer to use design and build as a form of contract, and we still believe very much in partnering with a limited number of main contractors

We still prefer to use design and build as a form of contract, and we still believe very much in partnering with a limited number of main contractors and in bringing the supply chain in as early as is sensible. We want to work with different talented conceptual architects but also create teams of consultants that we work with time and time again, with individuals who understand what our requirements are so we don’t get that horrible steep learning curve. Relationships are hugely important to us.

We want the standard stuff – we want to achieve our programmes, we want to achieve our cost plans, we want quality benchmarks. But more important than that, we look at the attitudes of the people we’re working with, both at chief executive and managing director level as well at site level. We want people to have honesty, integrity and enthusiasm. We’ve found that by working the way we do, we normally achieve that.

Do you see market conditions improving further over the next year, and if so, are you worried about cost implications?

There is a mass of work going on at the moment, in London particularly, and when you’re coming out of recession and everyone is becoming very busy, that does put a major strain on costs. They’ve been held back for too long – contractors and trade contractors can’t keep working for very poor returns, and obviously their staff costs and material costs are going up, so there’s no doubt that inflation is going to happen. But that will be balanced out by increasing values, so it’s not all doom and gloom.

And by trying to work with the same supply chain and by working the way we do, I’m hoping that we won’t see the sort of rising costs that will hit other developers or clients as a result of their hard tendering methods. I think we’re going to find many contractors turning work away if they think that the procurement is unduly risky for them or unduly time-consuming. Tendering costs a lot of money. If people see too many people on the tender list, they’re not going to bother.

Is the strengthening market altering the way you work with your supply chain, and if so how?

I don’t think so. I think it’s more of the same, but obviously we will need to work more closely with the supply chain sometimes and talk to them earlier so we can book them into our programmes. There are specialist elements to some of the buildings we do, so we need to talk to the specialists who can supply both the product and the expertise as early as possible.