The amount of consumer information for home buyers is pitiful, but now a pilot project will test what better home performance labelling might look like in practice 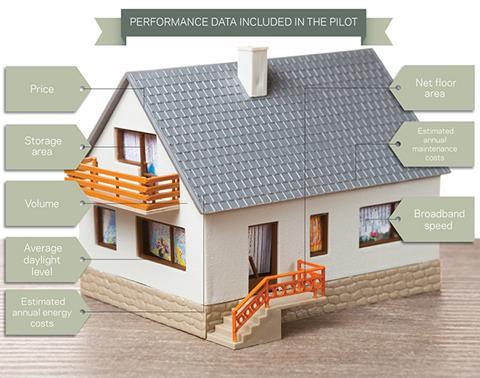 It would seem a pretty basic request - that a home buyer is able to quickly see the cost per square metre of a house for sale in order to make an informed comparison between houses. And in August last year, in a consultation on ways to improve the quality - and particularly the size - of new build homes while cutting back on excessive regulation, the government seemed to propose just that. It indicated it was in favour of more comprehensive consumer information for buyers of new homes, so they could see at a glance how much space they were getting for their money.

In March this year, however, following concerted behind the scenes lobbying for the introduction of a formal space standard by Liberal Democrat MPs, London mayor Boris Johnson and parts of the industry, the government decided instead to opt for a set of national standards for housebuilding, based on the current London standard. While it won’t be mandatory, councils will be free to adopt it and enforce through the planning system. Architects and housing campaigners understandably lauded this as a major victory for housing quality in the UK.

The problem, however, was that having been persuaded of the merits of this much more interventionist approach, the communities department promptly dropped the previous idea for space labelling of new and existing homes. Andy von Bradsky, chairman of architect PRP, and a member of the Challenge Panel set up as part of the 2013 Housing Standards Review, says: “It was seen in the department as a fundamental choice whether to go down the labelling route or the regulatory approach.”

The homeseeker is extremely poorly served with important information about the purchase they are making. The housing industry is woefully behind the curve

But for those pushing the idea of clear and consistent information for home buyers, it should never have been an either/or decision. For them the introduction of a national minimum space standard - particularly one which will not actually apply unless councils choose to adopt it - merely strengthens the need to have a greater amount of information published transparently. So the Housing Forum, alongside architect HTA and insurer BLP, decided to push ahead with a pilot anyway, drawing on the continuing growth in BIM, to test what better consumer information might look like in practice. Because at present home buyers looking to compare the cost of different homes per square metre usually have no way of doing so, let alone consumers that are interested to get an idea of how much any particular house might cost to run or maintain.

The idea is that in order to get a genuinely functioning housing market in the UK, where developers compete on the quality of product they can build, and not just the quality of the nearest school to the site, basic information is needed. And the initiative has received support from across the industry, including the RICS, the Greater London Authority, major housebuilders and chief construction adviser Peter Hansford. So is Home Performance Labelling, as the group calls it, an idea whose time has come?

Ben Derbyshire, managing partner of housing architect HTA, which is one of those behind the pilots, is, unsurprisingly, convinced it is. “The space standard is great but you need this information anyway. We believe the homeseeker is extremely poorly served with important information about the purchase they are making. The housing industry is woefully behind the curve.”
The argument is that while the proposed space standard will help stop the construction of tiny homes, it will only operate in areas where councils opt in, and will not address other issues of lack of information, and will in any case take years to take effect. Derbyshire says: “With local authorities having to opt in, it is very important for people to be able to understand if their homes adhere to the standard or not.”

As things stand, firms looking to sell a home - whether they be developers or estate agents - have to make a relatively small amount of information easily available to the home owner, which basically adds up to a floorplan, with individual room dimensions, and an Energy Performance Certificate. However, there is no regulation which obliges sellers to display the total internal area of the house, the amount of storage space it includes, or anything about how much it is likely to cost to run and maintain.

Julia Park, architect and head of housing research at Levitt Bernstein, says that the lack of information displayed on new homes marketing websites leaves even experienced hands such as herself struggling to work out basic information such as the gross internal area, or GIA, of a house. “I looked at a smallish three-bedroom house on the internet and tried to estimate the GIA using the room dimensions given, and I guessed it was about 82m2. In reality it turned out to be 68m2, which is a very big difference. It doesn’t mean that it’s dreadful, but it does mean that it’s small. This kind of comparison is very important on the web.”

I’m sceptical about including annual running costs. All of this stuff is a minefield for existing homes. You very quickly get into deep water

In response, the grouping has signed up the likes of social landlord Home Group, housebuilder Wates Living Space, construction products suppliers and a collection of well known housing architects to participate. The pilot will work by the participants feeding in core information about new housing developments via a BIM model, that can then be relayed in a standardised form to potential homebuyers. The pilot is collecting a range of data, from the net floor area and storage space, to more sophisticated measures such as the average daylight level (see below), though what information should be included is also up for discussion. Critically the data collected will also include information on what the likely annual running costs will be, based on energy usage and a realistic maintenance regime.

As well as collecting the data, the pilot is looking at how that data is then presented and used. To this end the grouping has developed a test version of a website which shows how the information could be presented. Data for different homes is displayed, and can be compared both to other similar houses - for example, three-bedroom semis - as well as to benchmarks for the type of home held in the London Plan and elsewhere.

One of the supporters helping fund the pilot is volume housebuilder Barratt, whose chief executive Mark Clare has spoken about the importance of “easily understandable, easy to calculate and … meaningful” performance data on new homes, that works in a similar way to the ratings given to domestic appliances. James Hulme, strategic policy adviser to the House Builders’ Association, says providing extra information is a natural evolution for many housebuilders as buyers become smarter. “A lot of this stuff is being driven by the market. It’s an increasingly sophisticated market we’re seeing and one in which housebuilders have to be on top of issues like price per square metre - housebuilders have to havean answer to that question, so it might well help to put it in as standard.”

Inclusion of information on energy performance is naturally more controversial, but also provides a potential angle for new home developers to show the positive difference between a new and second-hand home. “The people showing most interest in this are the housebuilders; they want to know how they can differentiate themselves against the second-hand stock,” says HTA’s Derbyshire.

However, being able to do this, of course, entails expanding the collection of this data from new build homes to the second-hand market. It’s an ambition which, if successful, Derbyshire contends could in itself boost both construction and the quality of homes. “One of the things we’d wish for is a flattening of the market between new build and second-hand homes, so that in due course it would drive energy efficiency work in second-hand homes, to make them more competitive, and it might help make new homes more spacious.”

All parties, of course, accept that expanding this to second-hand stock would be difficult. According to Levitt Bernstein’s Park, even the apparently simple job of collecting internal space measurements would not be without its challenges. “The margin for error in these calculations is huge, unless you do a proper measured survey, which could potentially put a burden on the cost of selling a home. How do you account for chimney breasts and nooks and crannies without it?”

It’s the additional cost of collecting data that makes it difficult to roll out to second-hand homes without some form of compulsion from the government, compulsion which is not on the communities department’s agenda. PRP’s von Bradsky says: “If there’s a legal requirement, then there’s a cost to that. The [Labour] government got its fingers burned with the [2007] introduction of Home Information Packs,” - legislation that was opposed by the RICS and repealed by the coalition government. “That’s why it’ll be better to get housebuilders or clients to recognise the importance of this information to create an upward pressure for its adoption,” he says. Derbyshire says he accepts that roll-out to second-hand homes won’t happen without a “policy fillip” to get it going.

There are also question marks about the more complicated proposed measurements around running costs, particularly for second-hand homes. The home insurer backing the project, BLP, has sophisticated models it already uses to estimate annual maintenance costs of properties. But for many, the information contained in the mandatory Energy Performance Certificates required as part of home sales, is far from robust enough to provide a calculation of a presumed running cost. Park again: “I’m sceptical about including annual running costs. All of this stuff is a minefield for existing homes. You very quickly get into deep water.”

Indeed it’s not just second-hand homes where the problems arise with estimating running costs: even with the far more detailed information available from the BIM models of new- 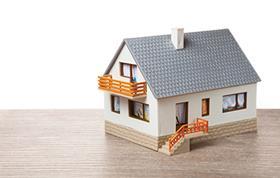 build homes, an estimate of a homes’ performance will be impacted by both the behaviour of the occupier, and the gap between the designed performance of the house and its actual built performance. Derbyshire defends the approach, saying these issues do not stop motor manufacturers putting an estimated MPG on a car you buy, despite the actual performance being dependent upon how you drive it: its value is as a quick comparator.

The HBA’s James Hulme says: “The place I see a problem is in the energy costs. If a compulsion came in to show estimated running costs for a home, these figures wouldn’t mean anything without estimates of cost from a particular energy provider. What about the contribution from solar thermal gain? Is its gas use measured? Or electricity? It’s very tempting to use the car analogy but that’s such a simple thing compared to a house.”

For those backing the campaign, however, none of these concerns belittle the central premise, that home buyers deserve to have more basic upfront information in order to make quick comparisons over the relative merits of different homes. HTA’s Derbyshire says: “There are different levels of sophistication we’ve considered. People have suggested adding in car parking space and external amenity space, for example. We’re totally up for these discussions to find the best way. But we are absolutely convinced that there are all kinds of ways in which this data might be applied to improve the process, and all parts of the industry support the relevance of this.”

Building is media partner of the Home Performance Labelling Pilot. To find out more go to www.homeperformancelabelling.co.uk
Please tell us what you thinking by adding your comments online.

The supporters of the initiative are: