Because they're worth it? 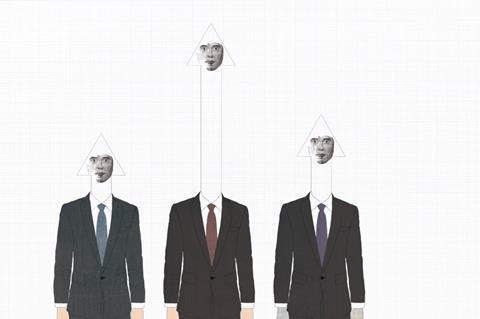 Last week Building’s Top 150 Contractors and Housebuilders special report revealed that, while pay across the construction industry has taken a hammering since 2008, company bosses have - proportionally - taken a bigger hit to their pay packets. Once inflation is taken into account, the average wage in the 150 companies fell 8.9%, but the average pay of the highest-paid director in those firms fell by 9.1% over a four year period from 2008 to 2012.

The news was welcomed by industry analysts, who said it indicated that performance-related remuneration schemes are working as intended.

However, the headline figures contained in the report mask the fact that there are a substantial number of companies among the sector’s 150 biggest that performed relatively poorly between 2011 and 2012, but still increased remuneration for their highest-paid directors.

In total, pre-tax profits decreased at 21 companies while over the same period the remuneration package of their highest-paid director rose at a rate higher than inflation.

There is also a huge difference in performance when you look at the cost of a chief executive against the profit his or her firm generated in 2012. The best value chief executives - Carillion’s Richard Howson is the winner on this metric - receive just fractions of a penny per £1 of profit generated. But the worst offenders, such as Scottish housebuilder Stewart Milne, actually pay their most well-remunerated staff more than the total profit of the firm - ie more than £1 for every £1 of profit.

Here we look behind the numbers at the companies with the greatest apparent disconnect between their 2012 performance and the rewards the firm’s boss receives.

In other words, where pre-tax profit went down from 2011 but the remuneration of the firm’s highest-paid director went up.

Can the companies themselves justify the apparent disparity?

The travails of Balfour Beatty have been well-documented over the past year. The figures here - including the rise in remuneration - represent the last year of former chief executive Ian Tyler’s tenure. Given what has happened since, with a £50m profit warning relating to troubled projects announced in April, the rise in Tyler’s remuneration, to a total of £1.04m in 2012, seems even worse value for money. Tyler’s replacement, former chief operating officer Andrew McNaughton, will receive £40,000 less in base salary, but his total remuneration has not yet been detailed.

In its 2012 annual report Balfour Beatty justifies its remuneration for Tyler on the basis of the money required to attract and retain high-calibre individuals, in competition with other large firms. And even though profit fell by 70% in 2012, the size of Balfour Beatty, which had turnover of £10.9bn, means his pay per pound of the firm’s £75m profit is small. Under this measure Tyler was the 14th best value chief executive in the top 150 for 2012.

What the company says: A spokesperson declined to comment.

Domestic emergency repairs contractor Homeserve reported turnover of £546m in 2012, up 2% on the previous year, but profits halved to £66.5m - though this fall was largely down to an exceptional item boosting profits the previous year. With reasonably healthy profit margins compared with non-domestic contractors, chief executive Richard Harpin will probably feel that his £953,000 remuneration, at just 1.43p per pound of pre-tax profit, represents decent value for money. However, Homeserve’s staff, who have a relatively low average wage of just £33,200, may balk at his 71% rise. This extreme growth is largely accounted for by the fact senior management had their bonuses reinstated in 2012 after giving them up in 2011 when the firm became embroiled in a controversy over the possible mis-selling of its services to customers, which led it to temporarily suspend all sales calls while staff were retrained.

What the company says: “It’s perfectly true that our statutory profit before tax is down, but the profit for the previous year was unusually high due to an accounting adjustment following our takeover of a French company. Without this, pre-tax profit would still have been down but by 17%. In terms of the salary, the company has had a number of well-documented issues and because of that in 2011 management didn’t take a bonus or receive a salary rise. However, the bonus was reinstated in 2012.”

Dutch-owned infrastructure contractor and M&E provider Imtech saw turnover rise by almost 20% in 2012 to £457m, while pre-tax profit slipped back to £11.1m. However, this fall is a fairly small problem for the firm compared with the issues it has been dealing with on the continent, where fraudulent management in its German and Polish business led to a €370m (£320) writedown in its 2012 accounts, the sacking of senior staff after a forensic investigation, and the resignation of the entire group board. In the UK the highest paid director’s remuneration, at £637,000, represents almost 6% of total yearly pre-tax profits.

What the company says: “We do not normally comment on remuneration,” says a company spokesperson. “However, regarding the specific case you are referring to, the remuneration included a long-standing share option scheme that happened to be exercised in the year in question.”

Thanks to the sovereign debt crisis and the subsequent deep recession in Ireland, Irish-owned John Sisk & Son now has more staff in the UK than its home country. The firm saw turnover drop 27% to £294m in 2012, making a pre-tax profit of just £1.4m. The firm is working in joint venture with Spanish contractor Dragados on the £500m Eastern Running Tunnels contract for Crossrail, and has been in the news recently over the delays to its fit-out of the prestigious Shangri-La Hotel in the Shard. With the firm’s highest paid director receiving remuneration of almost £800,000, Sisk has one of the worst pay-profit ratios in the sector, with the director’s pay worth more than half of the firm’s profit.

What the company says: A company spokesperson declined to comment.

The year to 31 March 2012 was undoubtedly an exceptional one for social housing contractor and housebuilder Keepmoat, which merged with one of its largest rivals, Apollo. As such, the
accounts represent a business in flux - with the £31.5m pre-tax loss coming after £61.7m of exceptional restructuring costs. With the merger completing just before the end of the firm’s
financial year, the £676m reported turnover doesn’t reflect the size of the combined business, which is on course to report turnover of over £1bn to March 2013. The 7% increase in the pay of then chief executive David Blunt to £627,000, was boosted by a £426,000 severance payment thought to relate to his departure in January of 2012, which if included would represent an increase of 80% over his £584,000 pay in 2011. His replacement, Ian Sutcliffe, also subsequently left the business, in October 2012.

What the company says: James Thomson, chief finance officer at Keepmoat, says: “The reported figures for 2011/12 don’t give a true reflection of Keepmoat’s business. The loss for
2011/12 financial year came after charging £61.7m of exceptional costs to the Keepmoat accounts mainly incurred as part of the merger between Apollo and Keepmoat. Prior to these exceptional costs we actually made a £30m profit before tax in 2011/2012. As set out in our accounts, the highest paid director received £584,000 in 2011 and £627,000 in 2012, a 7% increase,while becoming responsible for a much larger company. In addition, £426,000 was paid for loss of office as a result of the change in chief executive officer of the business.”

Dave Sheridan, chief executive, adds: “We are exceptionally positive about the future of Keepmoat. Last year we sold 1,500 new homes and we are expecting to sell around 1,800 this year. In addition this month we signed a groundbreaking deal that saw Keepmoat win its first ever PFI contract - a £198m scheme to refurbish 1,245 properties and create 388 new homes in Leeds. Keepmoat has emerged much stronger from its merger and we are extremely confident about winning more new business in 2013/14.”

The M&E specialist saw pro-rata turnover fall by nearly 40% to £98.3m over the 18-month period covered by its 2012 accounts, with prestigious jobs such as the Pinnacle in the City of London put on hold. As with other M&E firms, its profits were hit hard, recording pro-rata pre-tax earnings of just £801,000 on the turnover. While average pay at the company fell by 25.5%, the earnings by the highest-paid director rose, but the figure is artificially inflated by the 18-month accounting period. Discounting the longer reporting period, the highest paid director’s remuneration rose by just 4.5%. However, receiving almost 90p for every £1 of pre-tax profit generated, Michael J Lonsdale’s boss is still, relative to profit, one of the most expensive in the Top 150.

What the company says: “The remuneration for the highest-paid director did not really go up by 57%. The reason for this is because the figures for 2012 are for 18 months and 2011 are for 12 months. The real increase of 4.5% is due to an increase in benefits in kind.”

York-based contractor Shepherd, which is part of the Portakabin Group, grew in size, boosting turnover by 9%. However, it saw pre-tax profits on turnover of £671m decline to £27.6m in 2012, although this should be seen in the light of the group’s 2011 figures, in which the pre-tax profits were artificially inflated by an exceptional credit related to its pension scheme. The firm says its underlying profit - though it doesn’t define how this is calculated - actually increased from £24m to £25m in 2012. The highest-paid director received £700,000, an increase of more than two-thirds on the figure for 2011, while the average pay at the organisation rose by just 3% to £36,400.

What the company says:  “We don’t comment on individual terms and conditions of directors or other employees. However, our underlying profit did in fact rise and the highest-paid director’s remuneration doesn’t necessarily refer to the same person year on year, which means comparisons between the two are inappropriate as individual circumstances will vary,” a spokesperson says.

Like all firms in the M&E sector, 2012 was a tough year for the business, during which publicly-listed T Clarke nevertheless grew its turnover by over 5% to £194m. However, margins were hit, to the extent that no annual bonuses were paid to any executive directors, with the firm’s annual report saying payment is dependent upon group profit before tax. While the chief executive Mark Lawrence saw his basic salary rise to £248,000, making him an expensive chief executive relative to pre-tax profit, his pay is lower than other chief executives of similar size construction firms.

What the company says: “The remuneration of the T Clarke board has been considered carefully by the non-executive directors. The board has been restructured over the past two years. The overall costs of the board are lower than they were two or three years ago. There is now a new slimmed down management structure, with more responsibility lying with the chief executive officer. No bonuses have been paid. These are linked to performance targets based on the profitability of the group. The executive directors salaries’ are at the bottom end of the scale compared to other, similar businesses in the sector.”

CHIEF EXECUTIVES: LIST OF THE 20 BEST VALUE FOR MONEY