Never mind fixing the roof while the sun shines – the roof of parliamentary offices Portcullis House has been leaking since it was built 15 years ago. Now it needs tens of millions of pounds spent on it. Meanwhile buckets are being used in the £235m building to catch the water 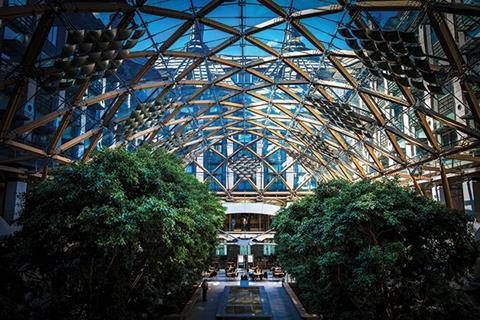 The bright, airy atrium of Portcullis House is where MPs conduct most of their plotting. Over tea in one corner last year, Labour’s left-leaning Sadiq Khan convinced Baroness Oona King, a Blairite, to support his London mayoral bid, a move that showed he had “a big tent” of backers and helped him unexpectedly beat grandee Tessa Jowell to the party’s nomination. Stephen Kinnock, son of Neil, works the tables adjacent to the despatch box coffee unit like an old pro, even though he was only elected in May – chit-chat that fuels suspicions that this “Red Prince” is making friends in preparation for a leadership tilt a few years from now.

PCH, as Portcullis House is known in parliament, is where James Cleverly, a Conservative rising star who sits on the party’s powerful 1922 Committee, can often be seen gossiping with lobby journalists. Wait long enough and eagle-eyed observers might even catch a glimpse of the lesser spotted Nick Clegg, the former deputy prime minister who has been unusually quiet since being dumped from office 11 months ago.

But PCH – designed by Michael Hopkins & Partners, built by what was then Laing, and providing about a third of MPs with their offices – has suffered from major problems with its leaky, frequently cracked atrium roof ever since the building was opened by the Queen in 2001.

A major assessment of the roof has been authorised by the parliamentary estates team.

A report is expected by the time parliament breaks for summer recess in July. MPs are concerned that the entire roof might have to be replaced, which could cost more than £100m.

That would be nearly half the cost of developing the whole of PCH – and critics were furious enough at a price tag of £235m, one of the most expensive buildings of its size ever constructed in the UK.

Overlooking the River Thames and connected to the Palace of Westminster via an underground tunnel, PCH has distinctive bronze cladding and was expected to last for two centuries.

It’s embarrassing when you’re bringing in important guests, dignitaries – particularly if they know how much it cost to build

But the atrium roof cannot be seen from the outside, apart from by cleaners at the very top of the Elizabeth Tower that houses Big Ben at the north end of the palace. There are four corridors of MPs’ offices and committee rooms that stretch up seven floors built around the rectangular courtyard that is the atrium. The glass roof, made of panes about 2m long, starts on the second floor and raises to just below the fourth storey.

Khan, Kinnock, Cleverly and Clegg would do well to not look up as they butter up colleagues and political hacks. “It’s a bit disconcerting,” says Max Freedman, who chairs the Unite trade union branch representing MPs’ staff. “You can see the cracks in the glass above you as you’re having lunch.”

He adds that the ongoing repair work is “disruptive”. At the moment, scaffolding takes up a huge area of the atrium as it moves from section to section of the roof – and this work isn’t even part of the review. The surrounding hoarding describes how technical engineer CBRE Norland is replacing the opening mechanisms of the roof’s 10 smoke exhaust ventilators “to ensure correct operation”. Parliament passholders with gallows humour laugh about whether these ventilators would have opened properly had there been a fire these past 15 years.

In 2012, a panel shattered and was investigated and fixed at a cost of £15,400, according to House of Commons records. Nearly £33,000 was spent on maintaining the roof in 2012/13 and 2013/14. Temporary repairs on five panels have cost more than £70,000 between April 2014 and August last year. According to a 2002 National Audit Office report (Construction of Portcullis House, the new parliamentary building), in its first year of use alone, the whole building suffered from 7,500 reported defects, including 300 loose door handles.

Those who wander the corridors of power are fed up. Nick Parrott, a parliamentary staffer to a group of Labour MPs, says: “I’ve noticed buckets to catch water in the middle of the seating areas on numerous occasions and sometimes areas are taped off. I think it’s embarrassing when you’re bringing in important guests, dignitaries – particularly if they know how much it cost to build.” 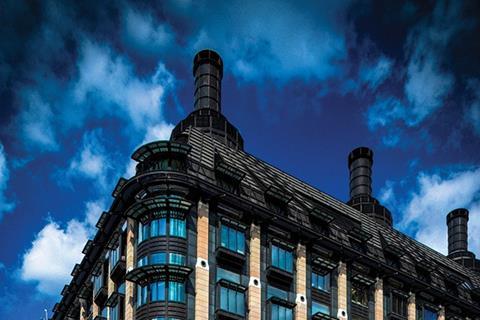 One long-serving Conservative MP adds: “This roof was leaking fairly soon after the whole building was completed. In those days, I think there was an unwillingness to face up to the problem, but there’s a perception now that we’ve got to do something about it.”

Unfortunately, it cannot be ascertained exactly how costly those first few years were, because the House of Commons does not hold information on maintenance expenditure on the roof prior to April 2007. What is known, though – thanks to the 2002 National Audit Office report – is that the building was found to be consuming four times more energy than originally intended when it first opened.

Although Hopkins was called in to help estate managers deal with leaks way back in 2004, a Commons spokesman disagrees that the problem was later ignored and insists that fixing the roof has been dealt with on a number of previous occasions. He points out that the Administration Committee, which considers the services that the Commons provides to MPs, staff, and the public, “reviewed issues related to the Portcullis House atrium roof five times in the last parliament [2010-15]”.

Building can reveal that the firms working on the report on the roof are West Sussex-based glass specialist Michael Crossley Consult, and engineering adviser Alan Baxter & Associates. Chartered surveyor Plowman Craven has recently been added to the team and will assess the roof’s structural movements. The team is being paid more than £100,000, a figure that has annoyed some MPs.

The glass is supported by rods made of stainless steel and American hardwood. Many MPs believe the overriding problem is that the steel, glass and wood expand at different temperatures. However, a source on the review project said the issue could be slightly different. Like most structures, the wood and the steel is imperceptibly moving and it might be that the glass can’t cope. The source added: “Making sure the glass accommodates movement beneath it is the key focus of the report. Buildings are becoming more and more flexible and making sure that cladding keeps up with this is difficult. This is a highly engineered structure – a complicated, unique structure.

“There have been a series of panels that have broken. There are isolated breaks in particular positions and the thing is to understand why that’s happening in those positions. We need to understand how the roof is moving on an annual basis.”

Fortunately, the source adds that “the whole roof is not falling down”, which suggests it might not have to be replaced entirely. An MP involved in evaluating the team’s work adds: “My hunch would be that this will be a panel by panel thing rather than the whole roof.”

If so, MPs think this will bring the cost down from a worst-case scenario of more than £100m to a number in the tens of millions. Not that this relatively cheaper solution will assuage critics who are angered by the state money spent on PCH over the years, which have included reports of £400,000 to buy fig trees to shade MPs from the sun and thousands spent on “vanity portraits” of MPs hanging in its corridors.

Dia Chakravarty, political director at the TaxPayers’ Alliance, says: “It is extraordinary that a structure which is less than 20 years old is already in such a terrible state of disrepair that it’ll cost taxpayers a ridiculously large amount to fix it. Questions need to be asked about how we’ve arrived at this position and who is being held responsible for it. Authorities must also remember that every penny spent on this refurbishment needs to be accounted for and that the project needs to be handled with utmost efficiency.”

Given the potential cost of the repair work, and the anger of MPs, the question of whether the client would be able to seek legal redress is an obvious one. The House of Commons declined to comment on the prospect of court action, but said: “The outcome of the current survey will identify what the issues are and will determine the need for and scope of remedial works.” Hopkins and Arup, which was the structural engineer on the project, both referred questions about legal matters to the House of Commons.

One MP, who has spoken to the parliamentary estate management team, says: “The firm that did the roof has gone, that’s one of the problems. As I understand it, the other difficulty is that there wasn’t one contractor who employed all the others. It’s much more complicated to establish who was responsible for what. We don’t do that kind of contract anymore.”

It is, then, easy for one party to blame another, with no one firm taking overall responsibility for the contract. Although Hopkins won’t comment on PCH these days, back in 2004 a spokesman said “in our opinion the leaks are an issue of workmanship, not architecture”.

The report is unlikely to establish which firm is to blame and officials do not appear to have the will to pursue the matter. A juicy court case, then, seems unlikely.

It is also unclear how long it will take to fix the roof permanently even when the problem has finally been identified. But what is for sure is that MPs and their researchers will continue to suffer the humiliation of showing their grandest guests through an atrium littered with construction work for some years yet.

Before the offices opened in 2001, Virginia Bottomley MP raved about her new office. “Without doubt, the improved facilities for MPs and the value placed on their work by this magnificent investment will reinvigorate democracy at Westminster,” she gushed. You have to wonder what she thinks the leaking building says about the state of democracy at Westminster today.