David Hurcomb talks to Building on why he’s not fazed by the last-minute delay to go ahead with Hinkley, how the UK needs to get on with Heathrow expansion and the virtues of working for a privately owned company 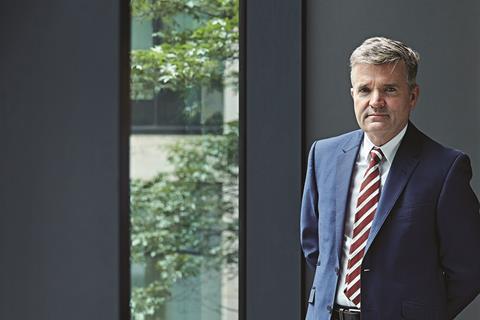 David Hurcomb might be expected to take a dim view of our new prime minister.

NG Bailey’s chief executive is speaking less than a week after Theresa May caused some of his peers to no doubt utter a few unmentionable words and bite their fists in resigned fury. But her decision to take another look at the Hinkley nuclear power plant in Somerset - just a couple of hours after developer EDF finally managed to sign the scheme off – has impressed him.

Some might find his patience remarkable, given that his firm has spent £2m bidding for a project it hasn’t yet started on and for which it, along with joint venture partner Balfour Beatty, is lined up to carry out a £464m electrical contract at the site.

May is expected to make her mind up by next month and Hurcomb says: “I’ve been on this six years, I’m quite happy to wait eight weeks. She’s showing her mettle.”

He believes May will be a good PM and was pleased the country was spared the rigours of a Conservative leadership election. “I think the best thing ever was that she was crowned as fast as she was, because if we were all waiting until September I’d be getting very nervous.”

What we won’t be seeing with May, he says, is what he calls the “flippy flappy stuff”. He adds: “I think we’re going to know where she stands. We’ve had a coalition, a very PR-y prime minister and what we’ll get now is a bit more conviction.”

He’s less impressed, though, with the way Number 10 made the Hinkley announcement – “I think the comms could have been better” is his polite assessment - but is confident the UK’s first female prime minister in 26 years will eventually wave the project through.

Why the optimism? “It’s a very good project for the long-term security of energy in the UK. You cannot simply rely on the wind and solar.”

Hinkley has become a byword for a classic British farce - it was supposed to be up and running by next year. Other big infrastructure projects like expanding London’s airport capacity - for which the preferred option is a third runway at Heathrow - and HS2 could also be seen as areas where there has been too much dithering. Hurcomb is interested in all of them, but wants to see progress towards boots on the ground, less talking and certainly fewer consultations.

“The airport question we just need to get on with,” he says. “We are looking rather daft in the eyes of the world. The amount of money that must have been spent on consultants and experts in the last 10 years … we could have probably built the airport for half that.”

His comments aren’t just the exasperated remarks of a vested interest. “The challenge will be if the commercial market falls flat and if the government isn’t raising enough tax: what are they going to do to pump-prime the economy? I would suggest they get on with these projects to give the industry confidence.”

Born in Birmingham 52 years ago, Hurcomb will have been in his current job six years next month. He switched from Carillion, replete with a main board director role and its £5bn turnover, to running a family-owned business that was about to see its main income stream - building work - fall off a cliff. In 2009, its turnover was £600m. Two years later it had nosedived to £419m.

“My brief was to make the business stronger. We were very heavily exposed to the building market only, which has tanked, really.”

Hurcomb set about moving NG Bailey away from its core mechanical and electrical building work and into other areas like rail and IT. He has the full backing of the Bailey family. “I have a huge amount of freedom to drive the strategy. There is a huge amount of responsibility when you look the shareholders in the eye and it’s their money.”

Certain other privately run contractors have been getting themselves into a pickle recently with chief executives leaving, prompting many to wonder whether family run businesses can do anything but meddle when an outsider is brought in.

“In any family business, it’s always a huge issue when the founder has to hand down the reins, and unless there’s a suitable family member you’re into a situation with external management. Some families struggle with that; struggle not to interfere.”

Hurcomb says he left Carillion because he wanted to be in charge of a business. “The timing worked out quite well. I was spending a lot of time on aeroplanes and not enough at home.”

There were other reasons, too. “With a plc, there is a lot of bureaucracy. The best thing about being a privately-owned company is that you can have an open and honest conversation with your shareholders and cut through all the bullshit. Our shareholders, because they’re family, have been involved as shareholders for a long time, so you don’t need to gloss up the message as much as you do with a plc.”

More quoted contractors should be taken private, he believes. “The share price is fickle. You can be doing great, but if someone else in your sector isn’t, your share price gets dragged down. Some of the contracting stuff is risky, profit might go up and down and plcs hate that. They want to be showing steady growth all the time.” 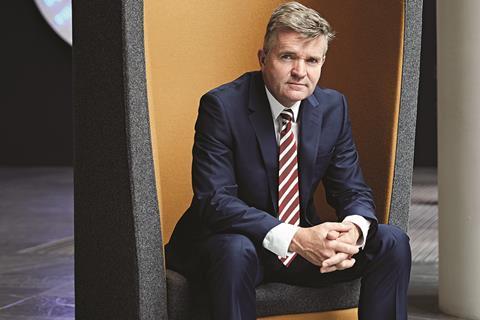 Risk is something NG Bailey became well aware of a few years ago when it came a cropper on the National Physical Laboratory (NPL) - a relatively unknown PFI scheme in west London that ended up costing it and main contractor John Laing huge sums of money.

While the scheme to rebuild Wembley stadium might be a better known example of a construction project gone wrong, the NPL was just as bad. It was one job which persuaded the Laing family to bale out of construction and a 2006 National Audit Office report found that Laing alone lost £67m on the deal, while a “£12m [loss was] suffered by other parties in the supply chain”. It was a bad time for Bailey. “They could have gone bust on that,” Hurcomb says.

In 2012 he introduced a Bid/No Bid criteria for prospective work and Hurcomb says he isn’t interested in just piling up turnover. “If [a job] doesn’t meet [those criteria] and you say I’ve walked away from that job, then I will never berate you for not hitting your profit target. But if you bend the rules, start the job and tell me you’ve got a problem and I find it’s not hit the Bid/No Bid criteria, you’re going to be in a difficult place.”

The NPL debacle sobered the firm up and Hurcomb says: “When I say I’m not taking a risk, [the family] get that. We have well-informed shareholders who do take the long-term view.”

For him and the firm, greed isn’t good. “A lot of business is seen as big and bad, not very inclusive and diverse, with overpaid directors and chief executives. There is a real disconnect between business and the man in the street at the moment, which is not great for UK plc, quite frankly.”

Business can be a force for good, he says, and it will be business that will make sense of the Brexit vote. He voted Remain and admits he was surprised the result went the other way. European stability was one of the main reasons for his decision. “We’ve had peace in Europe for 60 years and people take it for granted.”

He thought, too, more people would look at the economics and vote to stay in. “The UK economy was really starting to show a bit of momentum in its recovery and any big change causes uncertainty. What do you do if you’re not sure? Do you go and splash out on that holiday, kitchen, car, new office building? You don’t. You wait and see what it’s like for six months. My worry is that it will cause choppy water for the next two or three years.”

He has harsh words for former chancellor George Osborne and his promise of an emergency Budget if the country voted out. “That probably tipped it over the edge. If you start threatening the British electorate they’re going to give you two fingers. That was a very foolish thing [he said].”

Osborne gets more flak. Hurcomb believes his northern powerhouse project is dead in the water. It’s already set to be overtaken by May’s industrial strategy and he says the way to reboot the North is to sort out its transport infrastructure and then tell businesses: “They’re your assets, now you guys go around the world and sell.” He has some advice for the government on Brexit - pick the brains of those who argued for it, including technology entrepreneur James Dyson and Anthony Bamford, the man who runs digger firm JCB.

The repercussions of Brexit have barely been felt yet he says, partly because no one has the foggiest. “This is completely uncharted territory. No one’s got a clue. But this is where we are and we’ve got to be optimistic.” It’s fair to say the decision wouldn’t have passed Hurcomb’s bid criteria test.