Once upon a time in the North-west … 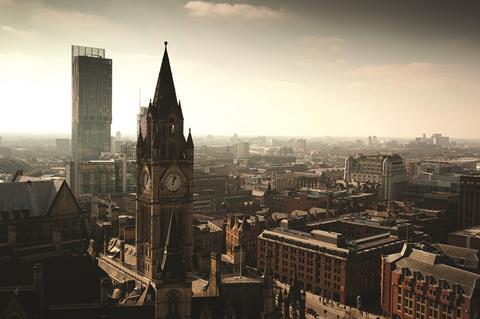 What’s going on in the North-west? More specifically, what’s going right in the North-west? The latest data from the Office for National Statistics certainly seems to indicate that a corner has been turned in the region, with construction orders in the first quarter of 2013 up 50% on the same period in 2012.

That compares favourably with the national figures: orders across the UK were marginally down (0.2%) in the first quarter of this year compared to the first quarter of 2012. The comparison with other regions in the north of England is also striking: over the same period, the North-east saw a fall in orders of 26% while Yorkshire and the Humber saw a decline of 43%.

“Our profits may be down this year but our turnover is up, and the interesting thing is that it’s up in the North-west,” says Mike Banton, managing director of Artez, a relatively new construction firm founded by Banton in 2010 after his departure from troubled Manchester-based housing developer Urban Splash. “At the start of the year we were working more in London and Birmingham and Yorkshire and believe it or not we’ve now got three or four schemes all within a 25-mile radius of Manchester, which is fantastic for us.”

So, while recent activity hasn’t yet fed through into output statistics, it is clear that the North-west is ahead of the curve in terms of construction activity. The question, then, is where is the growth coming from?

“I think that the sleeping giant is waking up,” says Geoffrey Piper, chief executive of regional business group the North West Business Leadership Team. “I think we have been underrated in terms of a place to invest in quite a number of sectors for quite a long time. There’s a renewal of confidence and a can-do attitude that at one time wasn’t the case.”

More specifically, Piper believes the plans for a super-port on the Mersey, designed to benefit from the widening of the Panama Canal, are starting to have an impact on investment. “It opens up massive freight routes with the Far East. The west coast is going to become the optimum route for that kind of trade.” 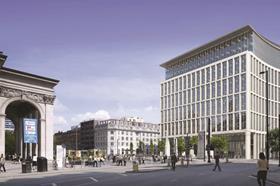 Looking a little deeper into the statistics it is clear that housing has played a key part in the turnaround. In total, £269m of new private housing orders were made in the first three months of the year, compared with just £161m in the first quarter of 2012. Public sector housing orders are significantly up too, from £63m in Q1 2012 to £84m for the same period this year. No surprise then that developers, consultants and contractors are all reporting a pick-up in residential work.

John Tatham, partnerships director at developer Igloo and adviser to the Merseyside-based Chrysalis Fund, says previous government initiatives such as New Buy are starting to bear fruit. “Some of the measures that the government has put in place to stimulate housing development are starting to feed through now,” he says. “We saw a big pick-up in demand for new residential in the spring.”

Tony O’Brien, associate partner at architect Sheppard Robson, agrees. “Certainly we’ve seen a marked difference on housing,” he says. “Clients are asking us to look at sites, masterplan sites or even dust down previous schemes. In some instances we’ve been asked to look at previous commercial sites to see whether residential would work. Clients are seeing opportunities and I don’t think that’s a surprise. None of the values are anywhere near where they were but projects are starting to move forward.”

Public sector non-infrastructure orders are also up significantly, from £222m in Q1 2012 to £473m this year. According to Damian Waters, regional director for the North-west at business lobby group the Confederation for British Industry, the increase in orders in this area is largely down to a significant increase in schools funding - two rounds of the Priority School Building Programme (PSBP) have been announced recently. “There’s been some investment in things like hospitals and fire stations, but primarily it’s schools that is driving some of the momentum,” he says.

We’re funding commercial and industrial development and that’s still quite difficult. If you haven’t got a big pre-let it’s hard to get a scheme off the ground, certainly in the Merseyside area

That chimes with the recent experience of contractor Willmott Dixon, which was chosen as contractor for the second round of PSBP funding. “There’s a reasonable number of decent sized projects or programmes of work coming out,” says Anthony Dillon, managing director of Willmott Dixon in the North-west. “We were fortunate enough to pick up the second batch of the North-west priority schools and there’s a further North-west batch coming out this year.”

Dillon adds that the North West Construction Hub - a framework agreement set up for public sector clients - is helping Willmott Dixon and its competitors access work. “It is a good procurement route - it’s very quick in terms of clients getting projects to site,” he says. “A lot of local authorities are using that at the moment.”

The situation is more mixed when it comes to employment space. Commercial orders were down year-on-year in the first quarter of the year. However, they have varied significantly over the last 18 months, with a high of £417m in the third quarter of last year and a low of £264m in the last quarter of 2012. Private industrial orders on the other hand have seen year-on-year growth for the last four quarters, although they dipped slightly from £96m to £89m between the last quarter of 2012 and the first three months of this year.

Here there appear to be sub-regional differences, with commercial activity in particular stronger in Greater Manchester than in Merseyside. Tatham says that while the commercial market remains difficult across the region, there are signs of life in Manchester. “[Chrysalis is] funding commercial and industrial development and that’s still quite difficult,” he says. “If you haven’t got a big pre-let it’s difficult to get a scheme off the ground, certainly in the Merseyside area. Manchester seems to be a better market. There’s more appetite. Many of the financial institutions are starting to look more favourably at Manchester.”

Others do not make such qualifications. Artez’s Bantum, for instance, says that while the commercial and industrial work his company is undertaking may not be the most revolutionary of commissions, it is providing a decent income. “We’re doing quite a lot of refurbishment and fit-out work in existing commercial and industrial buildings,” he says. “Certainly in the North-west there seems to be quite a lot of activity, be it people reducing the amount of space they’ve got, increasing the amount of space they’ve got, or improving it. It’s mainly warehouses and a bit of stuff on retail parks: nothing glamorous. We’re doing things to pay the bills rather than big, award-winning schemes.” 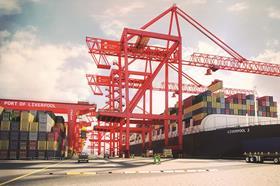 Sheppard Robson’s O’Brien adds that while it hasn’t figured in the orders figures yet, there are signs that commercial developers are at least thinking about development. “On the commercial office side of things we are certainly being asked to look at sites more,” he says. “They’re thinking about it in the sense that they want to position themselves more. Things aren’t moving particularly, but people are starting to think about what sites they might look at or what sites they might dust off and look again at what values they have.”

Of course, none of this means the North-west is out of the woods yet: order levels in the region are still a long way off those seen before the 2008 crash. With total orders of £1.4bn in the first quarter of this year, we are still a long, long way from the pre-crash peak of £2.45bn recorded in the second quarter of 2007. But the evidence of a growing momentum in the region’s construction market cannot be ignored. Perhaps soon the north-south divide cliché will have to be reassessed and the nation’s economists will have to come up with a more nuanced description for our regions’ relative economic performances. 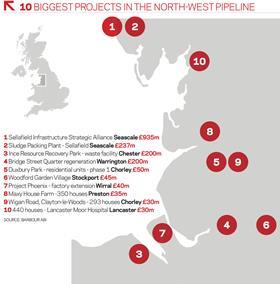