As the UK prepares for the next wave of winter storms, there is growing awareness of the need to improve the resilience of properties to protect against devastating floods. Andrew Brister reports on the action plan devised by the recent Bonfield Review and looks at some of the emerging solutions

November’s Storm Angus, the first named storm of the season, brought 80mph winds and flooding to the UK, as thousands were left without power. While climate change deniers argue about the cause, the UK is getting used to suchcatastrophic storms each winter. Weary householders and businesses in the worst-affected regions will once again be fearful of what’s in store this year.

Last winter, the UK experienced the highest rainfall on record over a single day, building on sustained rainfall over a number of weeks, which led to the highest river flow levels ever recorded. This resulted in a huge impact upon people, homes and businesses, with more than 17,000 properties flooded, 170,000 people’s power supply affected and the cost of the damage caused expected to be £1.3bn.

Clearly, something needs to change. The government has already paid out more than £250m as part of the support package that makes grants of up to £5,000 available for every property flooded. This assists homes and businesses in putting in measures that prepare them for future floods - both by stopping water from entering a property and by making adaptations to speed recovery if it did.

“The government continues to have a key role to play in improving protection to those at risk, which is why we are spending £2.5bn on 1,500 new flood defence schemes to better protect 300,000 homes by 2021,” said floods minister Therese Coffey. “The government and the insurance industry have also recently launched Flood Re, a new body that ensures affordable flood insurance for home owners at the highest flood risk.”

The typical range of measures has a cost-benefit ratio in excess of £5 for every £1 invested, in terms of reduced damages. However, there is still a relatively low uptake in England - people at high flood risk aren’t routinely installing resilience measures in their homes and businesses. Too often people are unaware of where to go to for advice, the products that exist and the benefits that they can provide.

They also don’t routinely get any incentive from their insurance providers in terms of reduced premiums for making their properties more flood resilient. And when there is the demand, builders and surveyors are not well placed to meet it.

The necessary skills remain niche and the sector lacks well-understood standards and certification schemes. “We need to address these challenges to ensure that people have the information and confidence needed to make their homes more resilient,” said Coffey.

Enter Dr Peter Bonfield, chief executive of the BRE. He was asked by the government to bring commercial interests together in a round table to consider how best to enable and encourage the use of PLR measures for buildings at risk of being flooded. The resulting report, published in the autumn, is an action plan for change.

“Despite the obvious advantages of the PLR approach, the take-up of flood resilience measures remains low,” pointed out Bonfield. “It is not yet normal practice for properties in areas at high flood risk to be made more resilient following a flood.

“The report made a number of recommendations that aim to make the installation of flood-resilient measures part of normal business practice for those involved in the repair of buildings post flooding, and also to help them be proactively taken up by home and building owners exposed to flood risk.”

Despite the obvious advantages of the PLR approach, the take-up of flood-resilient property measures remains low

There are five key steps that Bonfield believes are central to increasing the level of property resilience. They will have relevance for both industry and government:
• Further exploration of whether building regulations can be better used to encourage flood- resistant and resilient construction in a way that is tailored to meet the needs of properties in areas at risk of flooding, with a
focus on methods that speed their recovery from flooding
• A programme of work undertaken by Flood Re to provide the evidence base needed to understand how householders and insurers can be supported and potentially incentivised by Flood Re in the future to manage the risk of flooding and reduce the cost of claims through resilience and other measures
• Rigorous independent standards, with proper certification processes supported across the industry, so that consumers or householders have confidence in the flood products they buy and their installation
• An independently run online information portal and data warehouse that properly informs householders and small businesses about what to do to make their properties resilient to flooding.
• A strong partnership between insurers, surveyors, the legal profession, materials producers and the government to encourage and enable the take-up of flood-resilient measures by householders and small businesses.

“The work has already delivered some practical outcomes,” said Bonfield. “Notably, an advice web portal and data warehouse has been established; and a number of parties have worked together in the field to support those recently flooded. These outcomes need to be further progressed and consolidated if we are to see real and lasting change.

“There is considerable will and intent within the round table and further afield to harness the momentum that has been created by this work and more partnership working will help embed these changes - this is the start rather than end of a journey.” 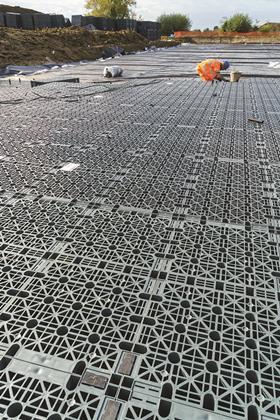 Property level flood resilience is only one part of the equation. Upstream, you need to control the volume of water hitting a housing development or business park, particularly when building on the flood plain. That’s where SUDS come in: sustainable drainage systems.

The idea behind SUDS is to try to replicate natural systems that use cost-effective solutions with low environmental impact to drain away surface water runoff through collection and storage, before allowing it to be released slowly back into the environment, for instance into water courses.

“The SUDS market has been growing year-on-year for around 10 years now, and we expect that to continue, particularly now that changes to planning regulations have seen a requirement for new developments to include an integrated SUDS scheme,” said Martin Lambley, product manager, foul, utilities and water management at supplier Wavin.

“We try to connect as many of the pieces as we can - from the roof guttering, downpipes, on into the underground pipes that take the water away to storage tanks,” said Lambley. “SUDS can’t eliminate flooding altogether; the term used is betterment. We need to ensure that, at the very least, no more water comes off a site than did before it was developed, and preferably less.”

At the heart of SUDS schemes are underground storage tanks, such as Wavin’s AquaCell range, which act as a buffer during storms. “Storm water is collected in these tanks. If ground conditions are favourable, the tanks are wrapped in a textile and water slowly infiltrates back into the ground. If not, such as in sites built on London clay, then flow out from the tanks is controlled by a valve to let water out more slowly.”

The SUDS approach has featured right from the outset at the massive Barton Park development on the outskirts of Oxford. Wavin has supplied AquaCell tanks capable of holding some 3,000 cubic metres of storm water.

CIRIA revised its landmark SUDS manual last year, and the industry is working on a European standard for plastic, geocellular storage units, such as Wavin’s AquaCell product. 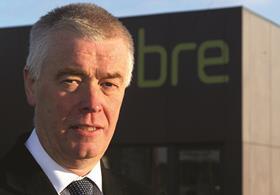 “Looking right across the action plan, the work was very much focused on standards, certification and skills. Ultimately, this is about supplying services and products and solutions to homeowners and businesses that are fit for purpose and have been addressed by people who have the appropriate levels of training and qualifications,” commented Dr Stephen Garvin (pictured), director of the BRE’s Centre of Resilience and lead of Task Group 4 on standards, certification and skills.

The Task Group aims to develop appropriate training programmes for surveyors and installers of flood resistance and resilience in property. “It wasn’t difficult to identify that there is a complete void around standards, certification and skills for flood resilience surveying,” said Garvin. “The next step is to expand those involved in the Task Group, bring in further groups and pull together in a constructive, positive way.”

The task group also recognised the need to develop the approach to certification of building materials, components and products. For example, the PAS 1188 standard on flood protection products needs to be referenced in procurement documents. “There are plans underway to make the PAS a full British Standard and that process will allow a shakeout of the current approach and add to it,” said Garvin.

The British Standards Institute has also rolled out a Kitemark scheme for the installation of measures meeting PAS 1188 to ensure consistency of approach and application of standards. The task group identified the installation sector as an area of concern, but this is a complicated issue to address. “The installation of flood protection products is not a defined trade as such. It involves a variety of constructions skills and activities associated with resilience approaches for a
property and that introduces a level of complexity,” said Garvin. “The flood resilience surveyor has quite a responsibility here. As the construction professional involved in the design and installation process, they have a responsibility
to ensure that the work is carried out in an appropriate manner.”

BS 85500 is the standard developed to provide guidance to developers and designers on how to improve the flood resistance and resilience of buildings to reduce the impacts of flooding by the use of suitable materials and construction details. The task group will aim to ensure that BS 85500 is adopted by housebuilders and commercial builders in areas at risk of flooding. 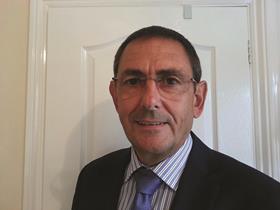 Graham Brogden, head of technical claims, property and specialty risks at Aviva, has taken over from Peter Bonfield as chair of the round table following publication of the action plan. Brogden (pictured) was lead of Task Group 2, looking at embedding resilience in small businesses, and now takes over as overall head and will work with Business in the Community’s Business Emergency Resilience
Group (BERG).

Task Group 2 examined how to improve small businesses’ resilience to flooding through the insurance, loss adjusting, property and financial industries. There is a need to better recognise and reward increased resilience and reduction in risk, thus creating greater awareness and a market for property level resilience. Many of the benefits would apply to the household market too, which would complement the efforts of Flood Re to help householders at high risk move to risk-reflective prices by 2039.

“A huge amount of this work is about communication and awareness,” said Brogden. “We need to raise awareness among customers and businesses to help them understand what good resilience looks like, what a good product looks like and what a good survey looks like.”

Work needs to be done to reward the implementation of flood prevention and protection measures in homes and businesses. “It’s fair to say that insurers are not reducing premiums for increased resilience, but it’s early days and it’s a difficult thing to address,” said Brogden. “Until we get standards and consistency around products, to give underwriters confidence that these solutions work and reduce the risk, then it will be difficult for premiums to come down.”

Case studies will be used to help homeowners, businesses and insurers understand that it doesn’t necessarily cost huge amounts of money to improve flood resilience.