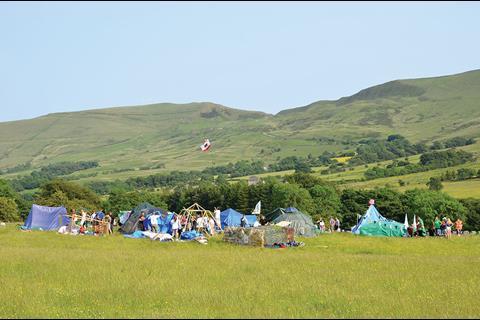 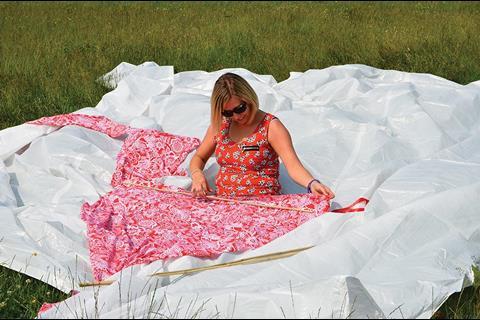 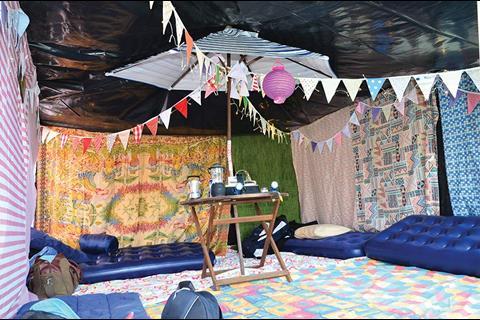 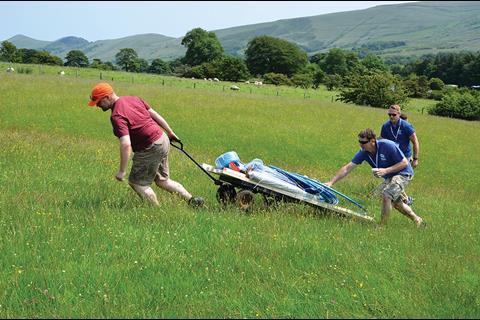 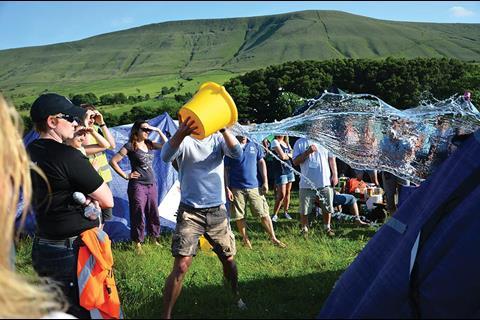 A shelter is subjected to a waterproofing test 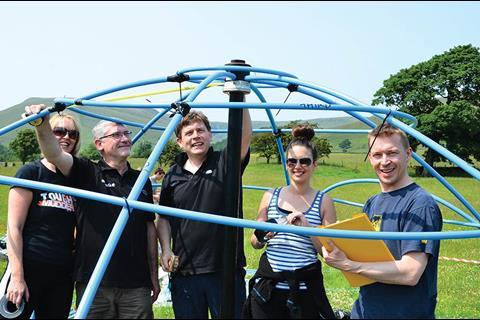 Take a group of construction folk, stick them in a field and ask them to build a shelter out of salvaged materials in a single afternoon. That’s Habitat for Humanity’s Hope Challenge, and Building went to bear witness to the teams whose fundraising skills far outshone their architectural prowess

Let me state this plainly and for the record: the countryside and me don’t get on.

A dedicated urbanite, I’ve crossed paths with rural England on numerous occasions and the results have always been unfortunate. I want to enjoy a rural retreat, and every couple of years kid myself into booking a weekend or even, God help me, a week in England’s rustic splendour. And then the stupefying boredom of the reality becomes apparent.

Having schlepped out of the metropolis, I wind up in some rural nowhere to find wonderful views and, well, nothing else save for a post office hanging on for dear life and a pub where being male and asking for a glass of wine appears to be a capital offence. For some inexplicable reason, I don’t find the proposition particularly appealing.

Add to that the fact I end up meeting people who insist on telling me that farmers deserve their famously lavish EU subsidies because they are “custodians of the land” and my irritation levels reach critical. As any gambol over the English countryside reveals, farmers are doing their best to ruin the aesthetic value of the tranquility they apparently hold so dear. The love of country folk for corrugated iron roofs, for instance, would have any half decent conservation officer at an urban council reaching for their smelling salts.

For these and many, many reasons more I was perhaps not the perfect choice to cover Habitat for Humanity’s Hope Challenge fundraiser in the Peak District, an event in which teams from construction and property firms compete to build temporary shelters and then live in them for the weekend. However, duty calls.

What would I discover about our industry’s resourcefulness, not to say philanthropy? Without the assistance of an army of project managers and BIM technicians and with rules dictating that they could only use salvaged materials, how would the teams cope with the challenge of constructing a habitable structure in a single, short Friday afternoon?

And so it was with some trepidation, but with a keen curiosity, that I set off from the urban utopia of Brockley in south London. Things didn’t exactly get off to a good start. The train north was delayed, meaning that I missed my connection to Edale, the nearest station to the camp. What’s more, it turned out that rather than pitching up conveniently every three or four minutes like the Tube, services to the Peak District only depart every three to four weeks and then embark on a mission to visit every resident they can find on the way.

All of which is to say that I arrived at the Hope Challenge site late - really late - and in a state of some agitation, not to say perspiration, much to the amusement of Habitat for Humanity’s welcoming reception. I stopped, breathed deeply, necked a litre of water and considered my surroundings for the first time. They were, I was rather taken aback to notice, stunning. Truly stunning. Romantic poets stunning. Scratch that - Wordsworth and his dancing daffodils were nothing compared to this bucolic vision. Refreshed, I set about inspecting how the teams were getting on. It was immediately apparent that the quality of architecture on display was distinctly mixed.

On the next plot along I found Fodos Gregoriou and Nick Csukas from CBRE’s Birmingham office taking a break. Fodos said the team had been fastidious in ensuring that the materials were all genuinely second hand, with the wood coming from pallets found at the company’s loading bay and plastic sheeting from off-cuts from the refurbishment of Nick’s home. Even unfinished, however, it was clear that the CBRE team lacked AscenDen’s knack for home furnishings. “Ah, but we’ve got pot plants,” replied Nick, pointing to a sad specimen in the shelter’s entrance.

We’ve based ours on Gaudi’s cathedral. We put some poles together and threw a pond liner over it. we got the tarp from rehousing some newts

Continuing on my rounds I spotted a much more ambitious structure, with interlocking plastic piping creating a Eden Project-style dome. Surely this was the work of a top architecture firm or a prestigious contractor? Not so. In fact, it was the work of Guava, a Land Rover dealership that supplies Habitat for Humanity with its vehicles around the world. »

However, while it was a blow to find that the most technically complex design had been put together by the only team with no relation to construction, it turned out that Guava had been - what’s the word? - cheating. I pointed out to team leader Steve Purser that if he really wanted to convince people that the materials were reclaimed, he should have removed the barcodes from the plastic piping. “We didn’t want to get arrested for nicking stuff from skips,” muttered Steve, somewhat sheepishly.

Elsewhere, architectural ambitions were high, if somewhat misguided. Team Sunshine, one of two groups representing housing association CHP, certainly seemed to have reached into the starchitect firmament for their inspiration, only to come crashing down to earth when it came to execution. “We’ve based ours on Gaudi’s cathedral,” said team member Jon Avis. “We went for room. We put some poles together and threw a pond liner over it. We rehoused some newts - that’s where we got the tarp from.”

As nails were hammered, tarpaulin hung and pot plants, not to mention decorative stone owls, arranged, I wondered how Building’s writing team would have got on had we attempted the task. As various uninspiring visions of our probable endeavours came to me, I was forced to conclude that for this particular charity event, our most productive contribution was to celebrate the occasion in print.

And so, I am pleased, if somewhat baffled, to report that the top prize went to the AcenDen love shack (so much for my future as an architecture critic). More generally, we would like to offer our heartfelt congratulations to all involved for their efforts, not to mention the £32,089 they raised. According to Habitat for Humanity, that’s enough for them to build a permanent home for 26 families or 130 people.

Survivors of Camp Hope Challenge, we salute you.

Winner of the prize for greatest fundraising: CHP housing association

Founded by Millard Fuller, an American self-made millionaire, Habitat for Humanity has since 1976 assisted more than three million people repair, renovate or build over 600,000 homes in the belief that a decent home is an essential factor in tackling poverty. The charity now works in 70 countries worldwide and says that over the past year it has supported 94,618 families to build a safe home for themselves.

While the majority of Habitat for Humanity’s work is done in developing nations - Fuller’s first international project was in Zaire, now the Democratic Republic of Congo, in 1973 - the charity says it will work to address housing poverty wherever it is found. As such, it has several projects in the UK in areas such as Peckham in south London, as well as Toxteth in Liverpool.